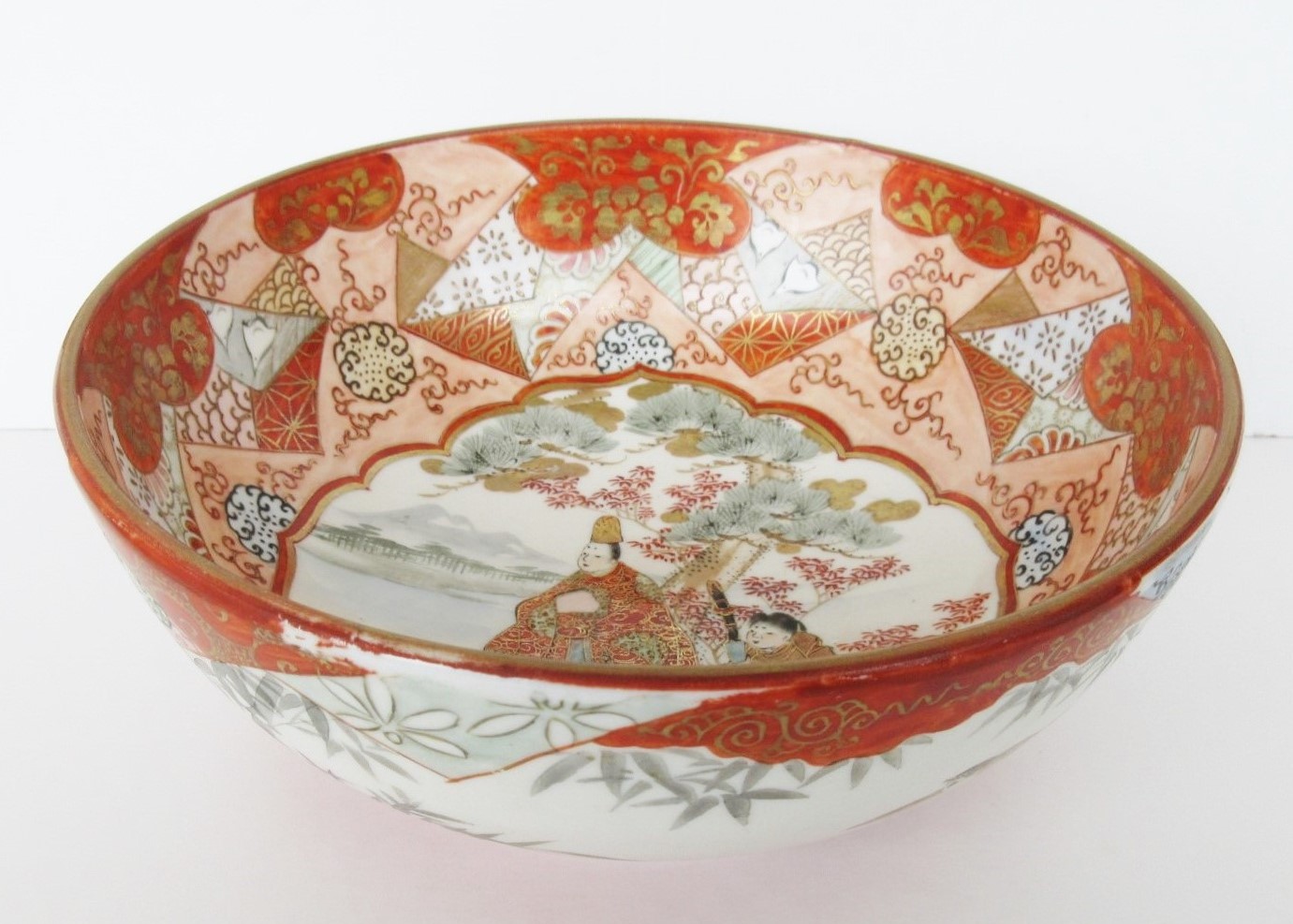 A person who looks far under the pine tree is drawn with a variety of paints in the center of the shape of nyoi-gashira pattern (pattern that imitates Buddhist equipment). Elaborate and elegant patterns are drawn around the center. On the outer surface, “bamboo and sparrow” and “peony flower” are drawn. The design is reminiscent of Japanese-style painting, and techniques of shading and blurring are skillfully used for the designs and patterns. 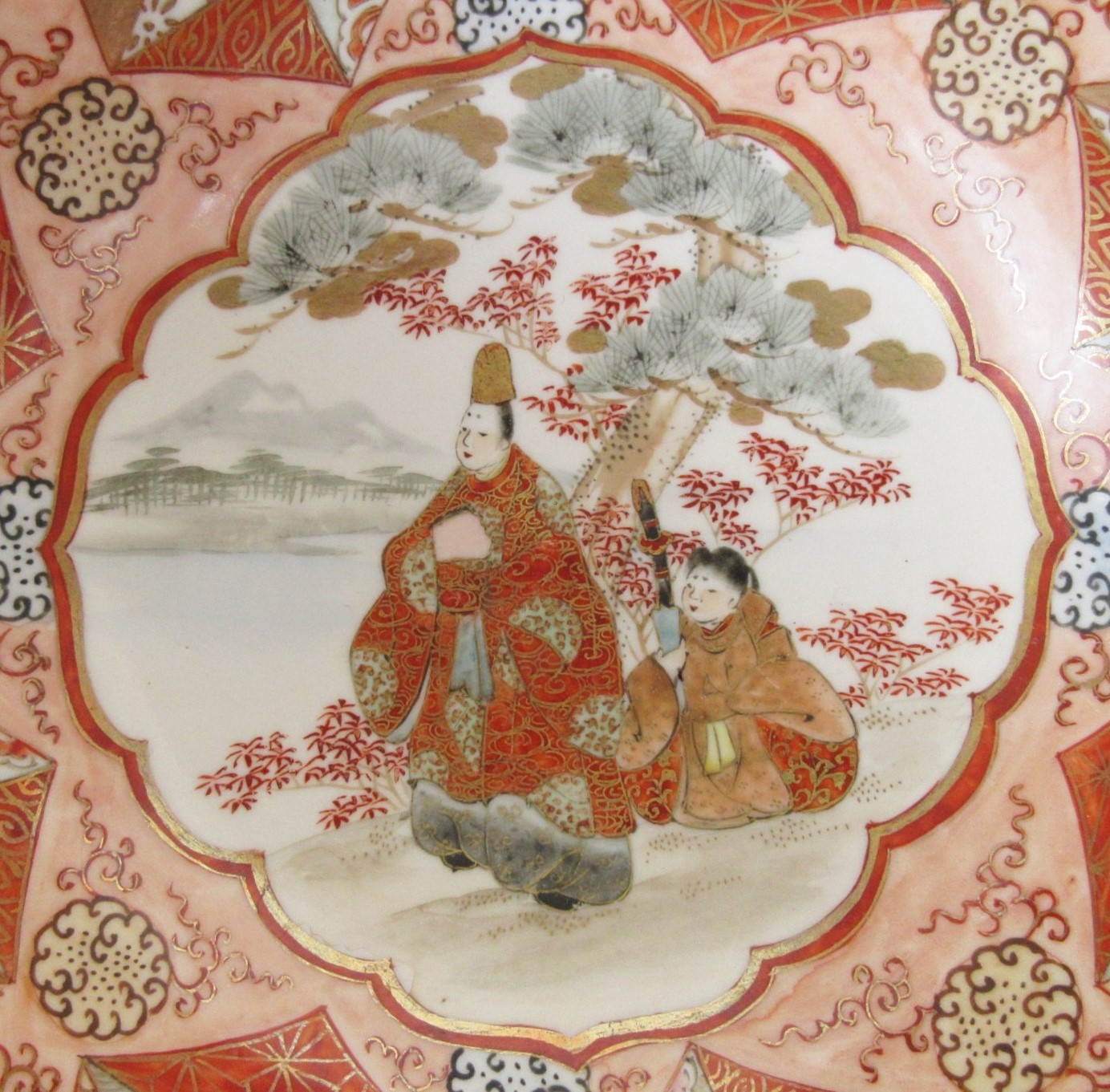 Pictures and patterns are drawn by various paints on the white body, and it is a deep expression like using vivid colors and blurs. Above all, the “pine tree”, which can be said to be the theme of this work is placed in the center, and this design is reminiscent of the pine tree often drawn by the Kano school. 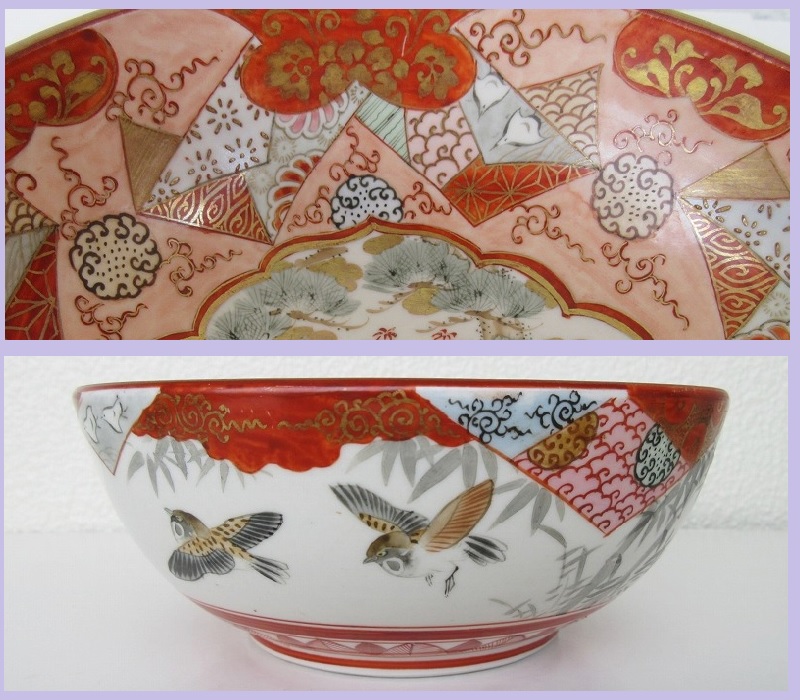 A pattern with elegance is also drawn on the inside. This design is trying to make it look like a single pattern by connecting the folded strips in layers. It is drawn in a bright color that had never been seen in Sangetsu’s red and gold painting.

On the outer surface, “bamboo and sparrow” and “peony flower”, which are the themes of Japanese-style painting, are drawn. Taking advantage of the characteristics of Western paints, the sparrows are as pale as sumi-e, and the brocade pattern is richly drawn. This is the highlight in the work. 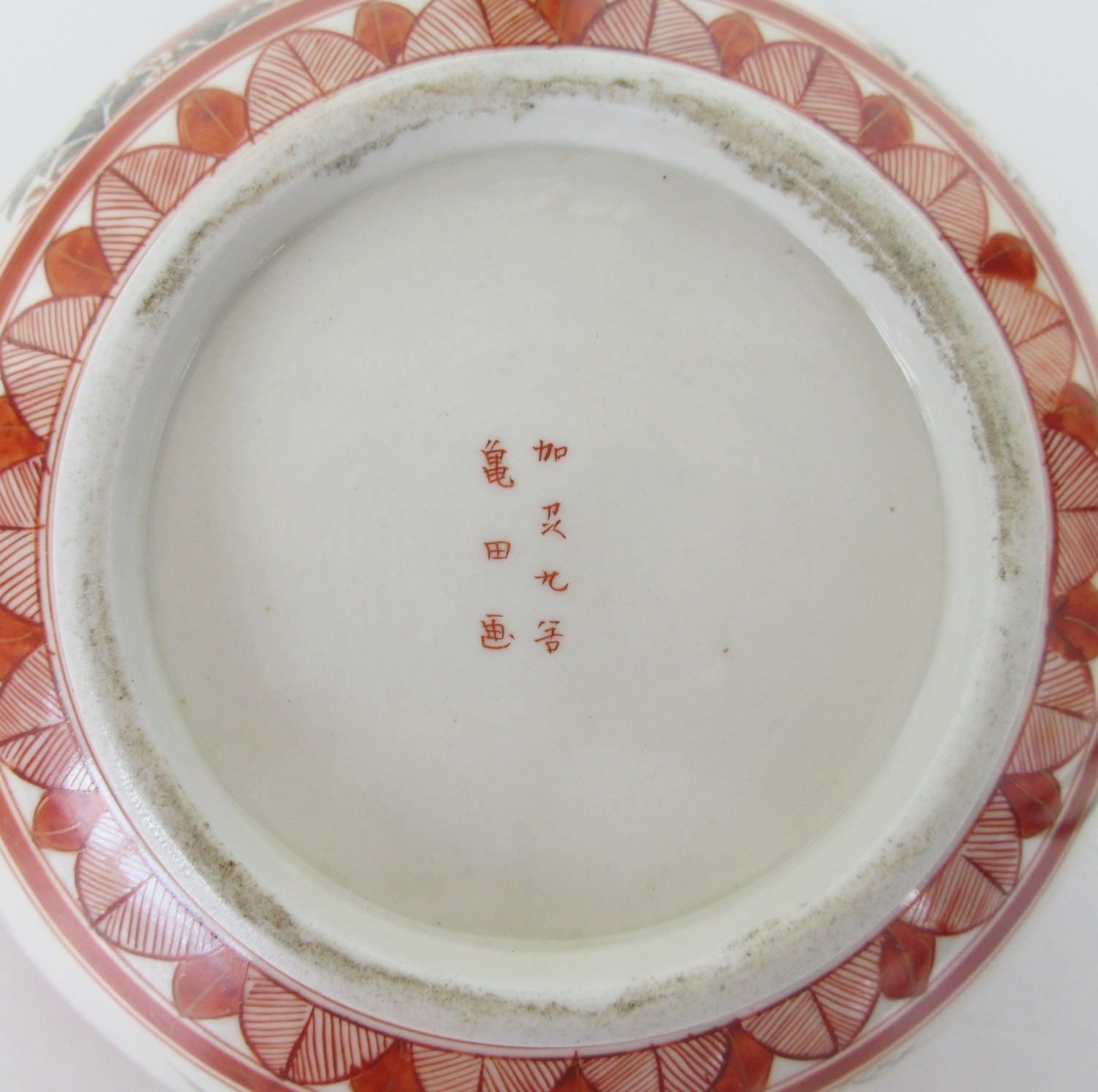 The back name is “加賀九谷／亀田画Kaga kutani / painted by Kameda”. It seems that the reason why he wrote “加賀Kaga” (it means Ishikawa prefecture) was simply to indicate the place of origin of this work (to distinguish from the Kano school’s activity area).