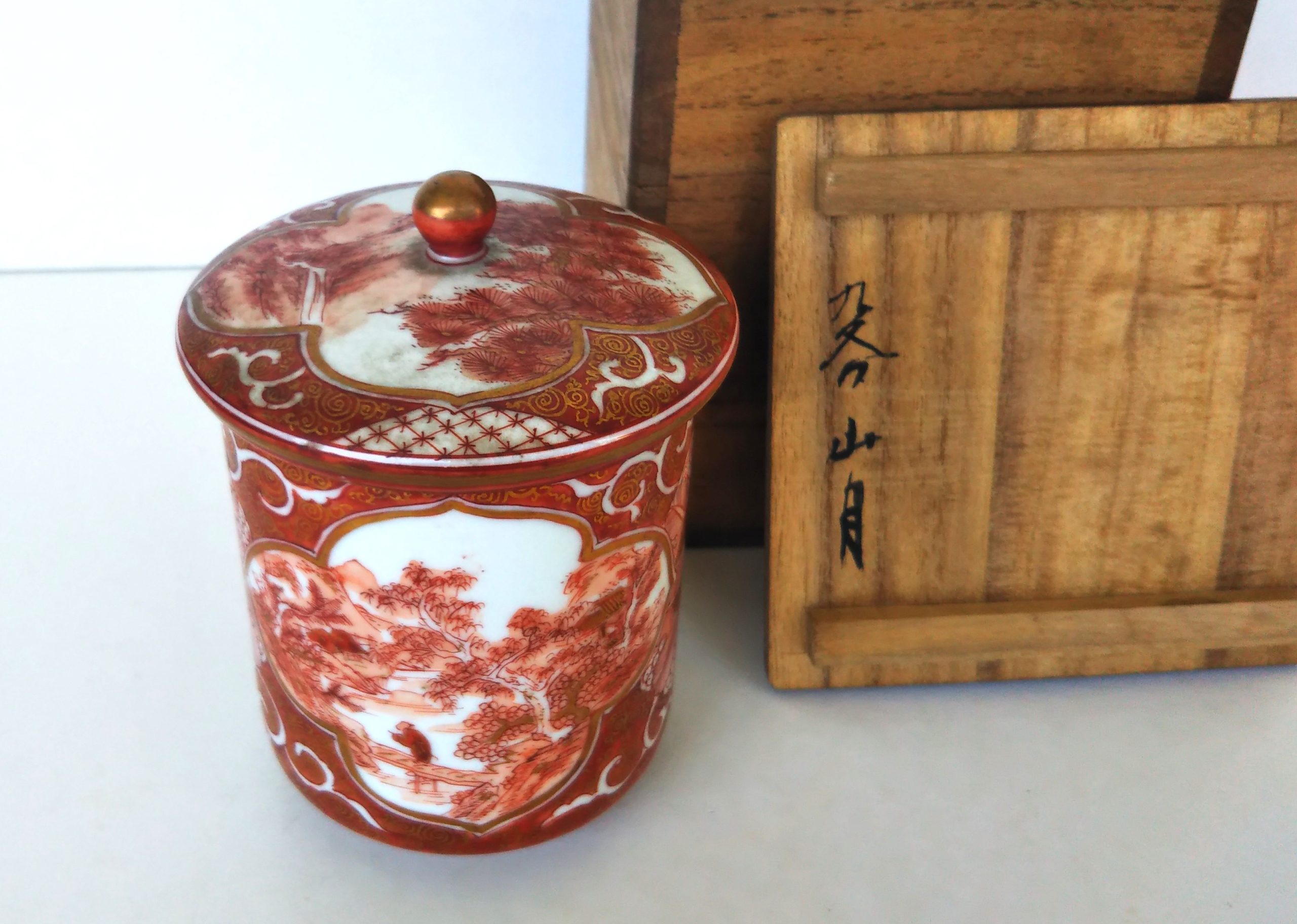 It is a work by Kameda Sangetsu (亀田山月), who was one of the successors of Sano aka-e, when he was 61 years old. The inside and outside are drawn in red, and we can see the proficiency in the detailed brush strokes of the sages, sansui (mountain and waters), and komon (fine patterns). The modest gold color is also seems to reflect the tendency of Sano aka-e at the beginning. 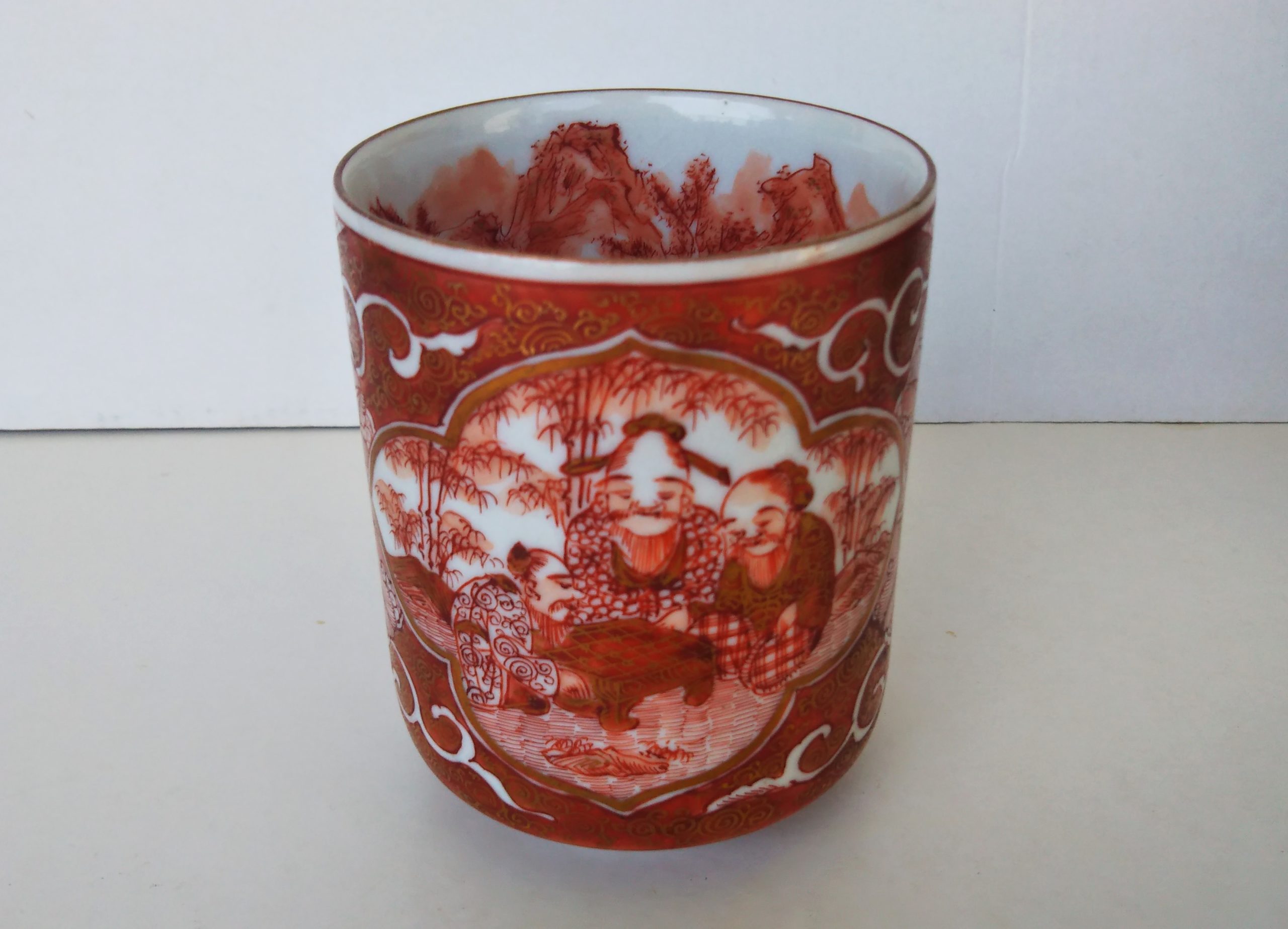 The figures of three sages, a hundred of scholars, and seven Sages in the bamboo are said to make designs by Saita Isaburo, the master of Kameda, and they have rich facial expressions. 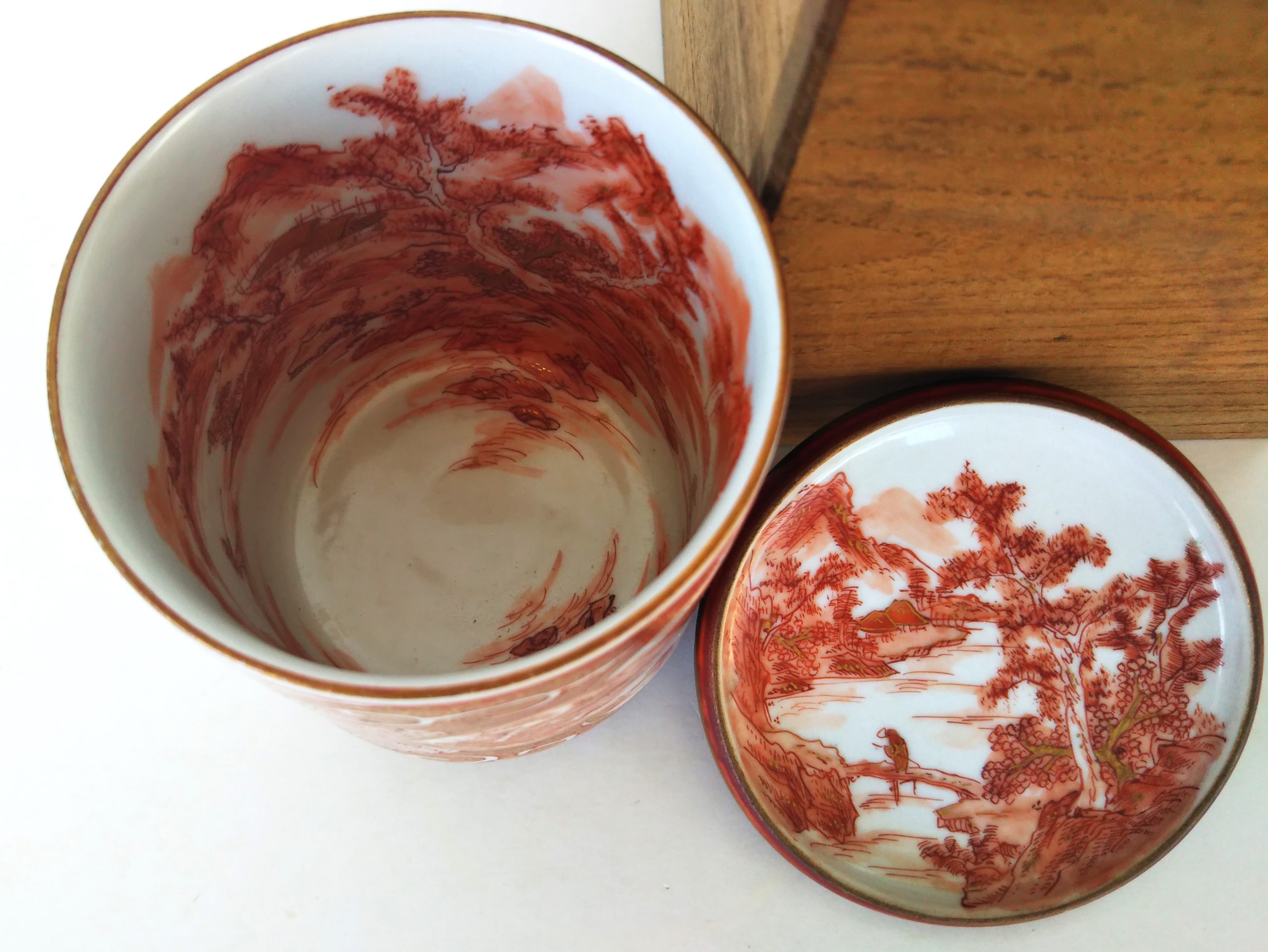 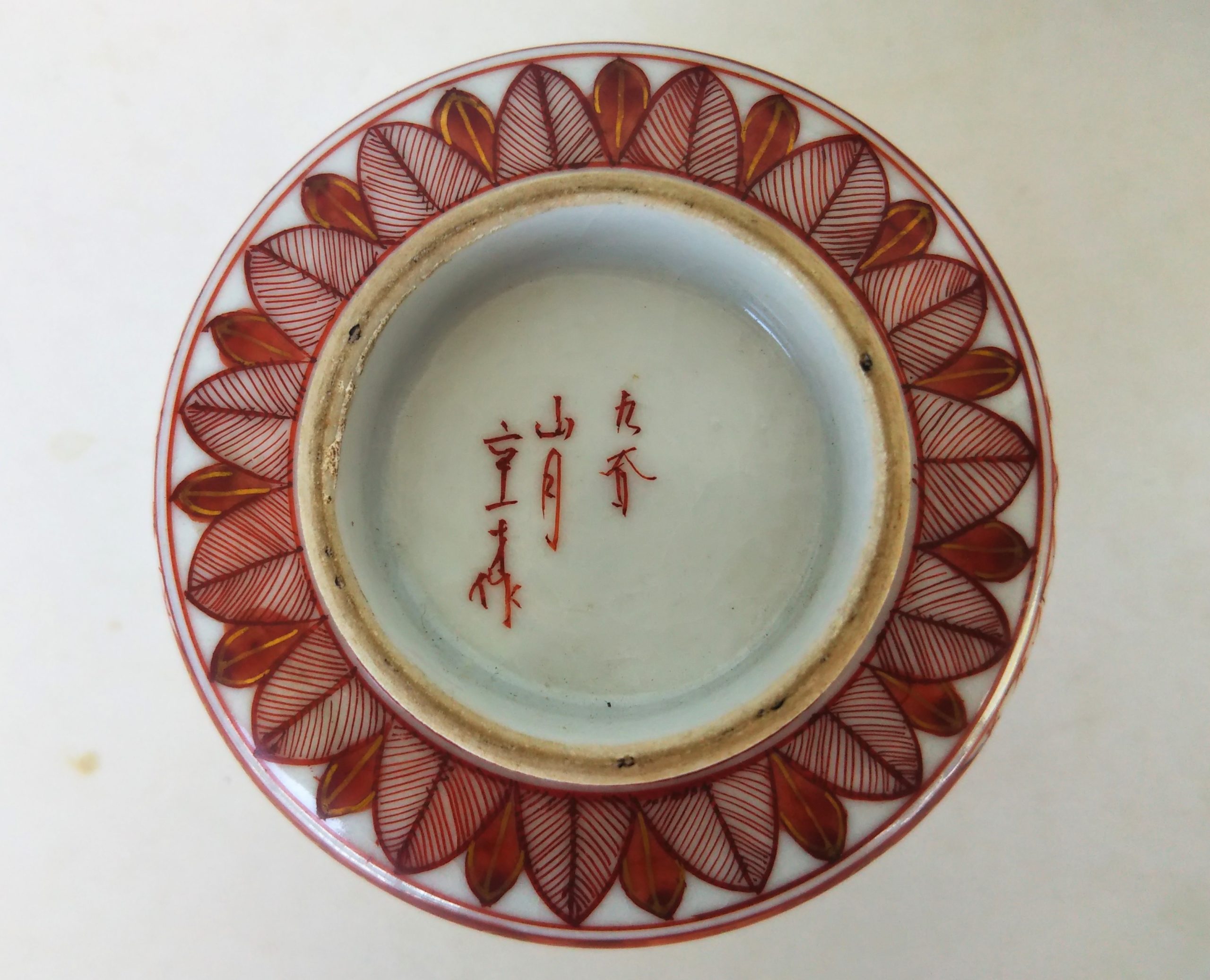 The back name is written as “九谷山月kutani / Sangetsu / at 61-year-old”. As he entered his later years, he was proficient in his entire work. Interestingly the tobacco leaf pattern devised by Saita Isaburo around the foot is also finely drawn.