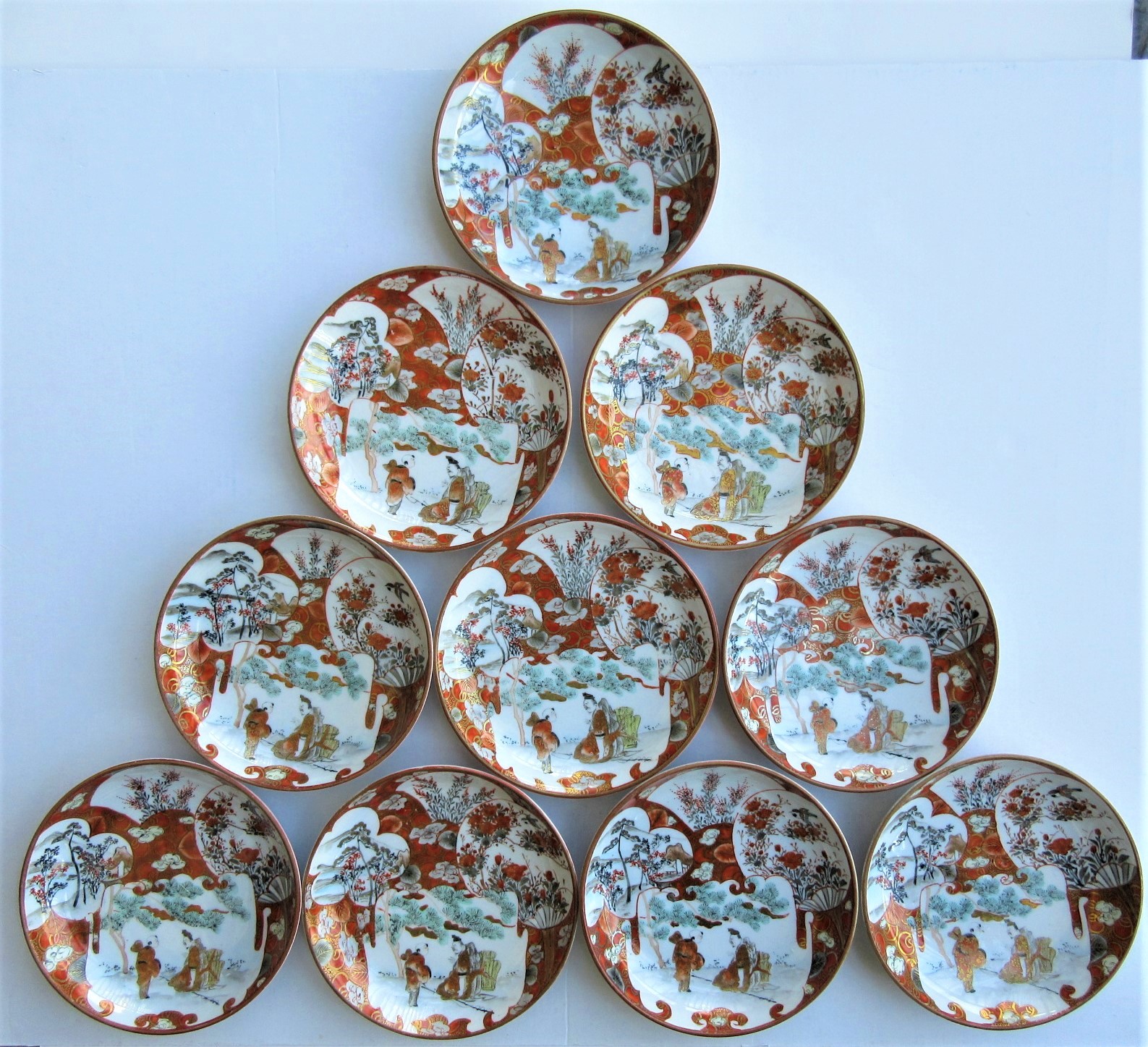 Kameda Sangetsu (亀田山月) created large works such as gorgeous bowls or vases, while he carefully painted each small plate. These works are a set of ten plates used with gorgeous bowl or big plate at celebration. 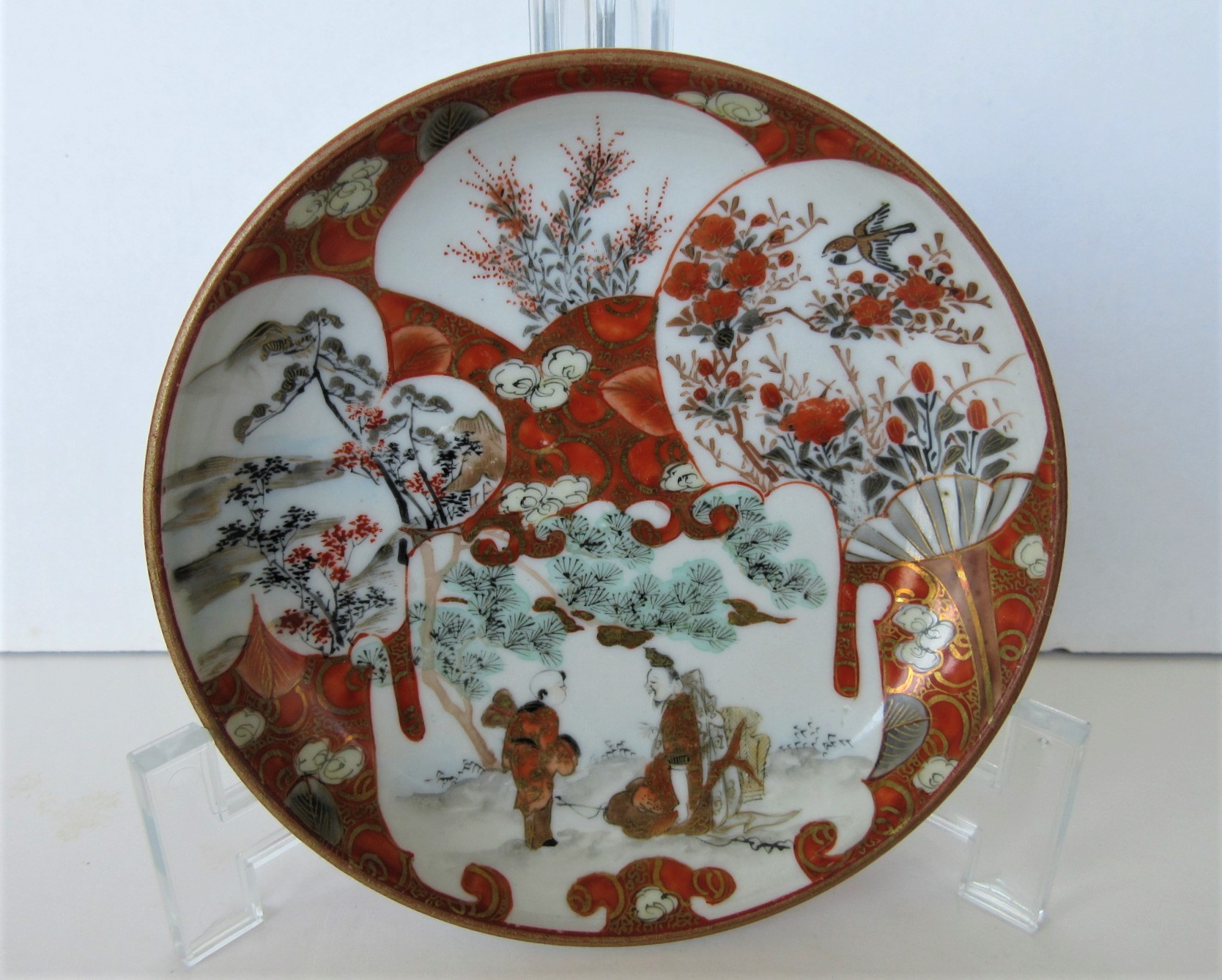 Four small panels were cut out on each plate, and in the panels, Japanese-style paintings such as a person with a companion, a pine tree, trees with red flowers, and a distant mountain were finely painted, and in addition, the outside of the panel is filled with red like “Dokai’s red vermilion” (Dokai is the name of Saida Isaburou’s posterity).

The molding of this small plate has a slightly raised edge and is somewhat deeper. These small plates are called “namasu sara” and were used as plates for side dishes such as “namasu” (raw fish and vegetables seasoned with vinegar). It is reminiscent of the remnants of the plates that were lined up with the big bowl at banquets during the Edo period, and it is said that they were available in a set of ten or twenty at rich merchant’s house and Japanese luxury restaurants. 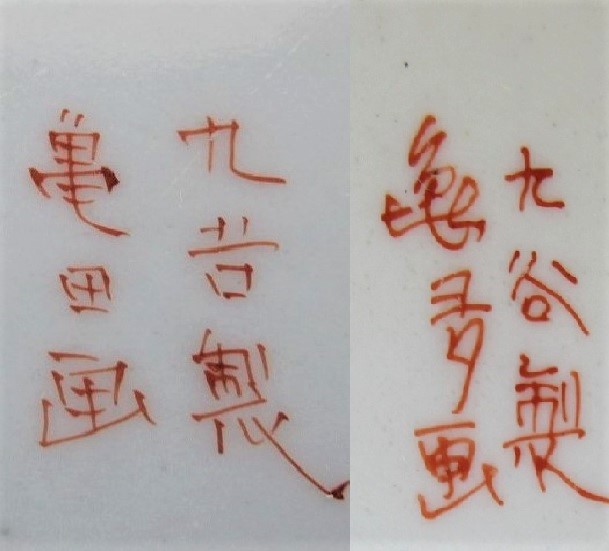