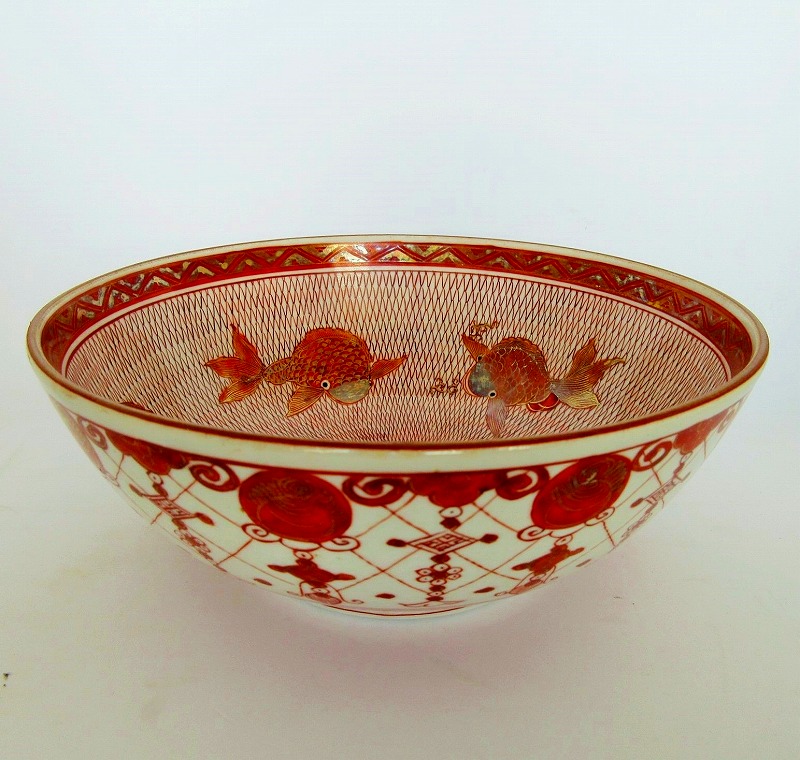 The mesh drawn on the inside of the bowl looks like a gradation, gradually becoming finer from the edge to the center. This technique is called “ami-de” and was completed by Saita Isaburo (斎田伊三郎 later, Dokai), the founder of Sano aka-e, and is said to be one of the several advanced techniques found in Meiji kutani. It was taken over by the second Saita Isaburo and some disciples. However, it was so difficult that his successor was cut off later. 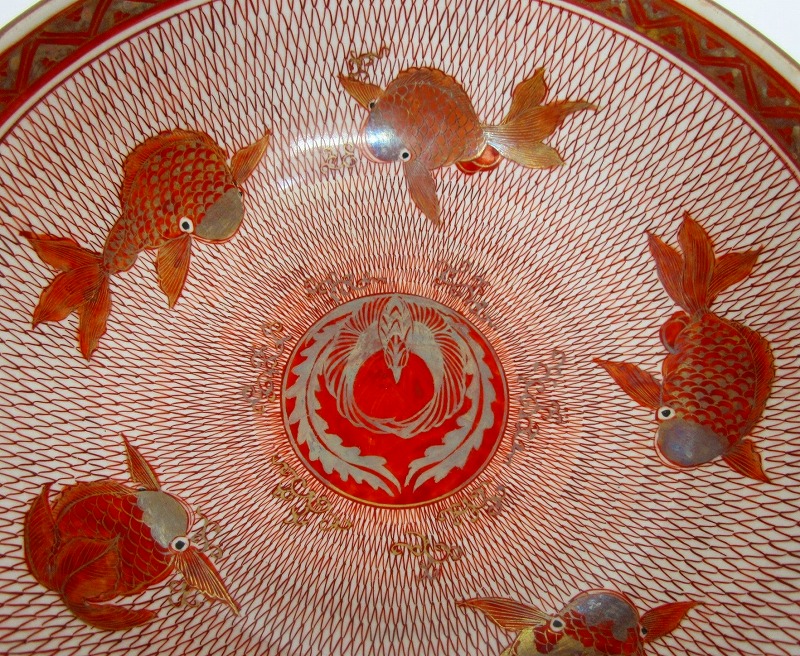 Goldfish and net designs are often thought to be commonplace, but it is said that the painter was required to have the high leveled skill to draw a fine mesh of goldfish as if several goldfish are swimming. It is wonderful that the goldfishes are drawn in gold on the red ground and the scales and tail fins are drawn with gold fine lines. 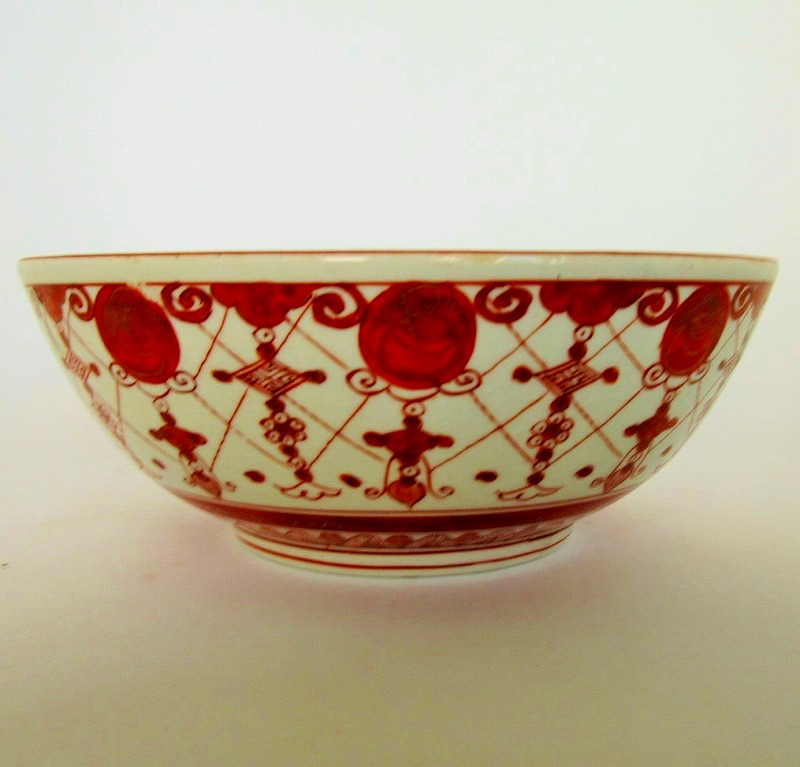 Another thing that should not be overlooked in this work is the patterns that surrounds the outer side. The red ball patterns and Yoraku patterns are drawn in well combination. Both patterns have been used as auspicious patterns since ancient times, but it is said that the Yoraku pattern was used as a pattern for porcelain painting from the Edo period, and it was often incorporated into Sano aka-e in the Meiji period. It is said that “aka-e” had the meaning of amulet, and through drawing the Yoraku pattern in red, the painter wished to sedate the pandemic that raged at that time. 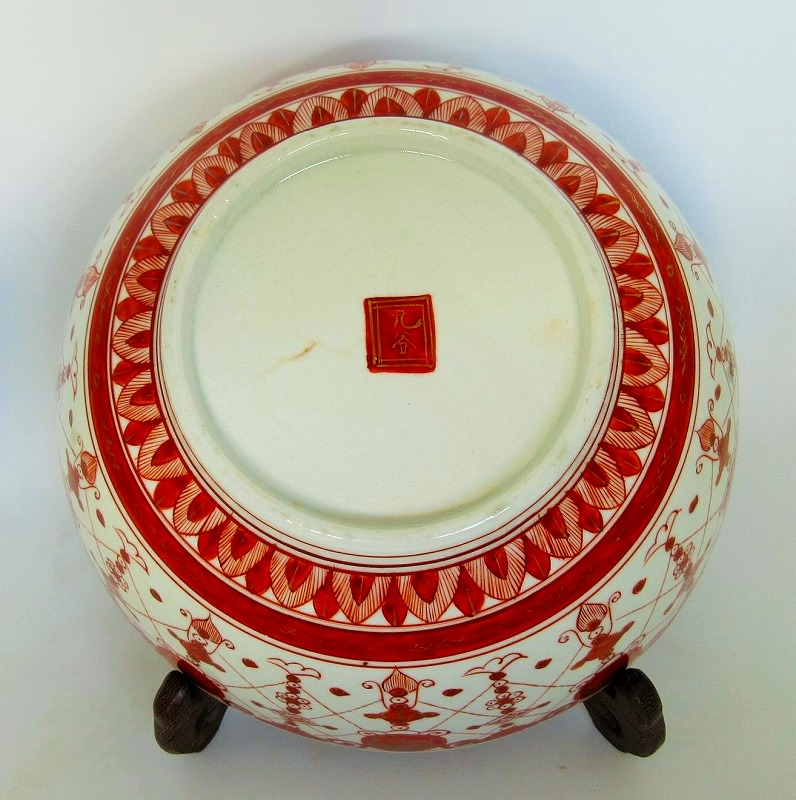 The name (sign) has the characters “九谷kutani” written in the frame filled in red. This way of putting sign was seen since the late Edo period, and it is said that Kutani Shoza (九谷庄三) started it, then painters began to write with their own names in combination. However, in the same period Saita Isaburo did not used his own sign for some, and used ”福fuku” or “九谷” etc. without his sign.

The box containing this work says “Miyamoto-ya kiln / goldfish figure in the net”, but the style of the Miyamoto-ya kiln is famous for Chinese-style noble red painting with komon (fine pattern), so, it is called “八郎手Hachiro-de”. Probably, while this work was handed down again, it seems that the collector made a box for the work and wrote on the box lid as a work of “Miyamoto-ya kiln” from its splendid red painting.

Creator of the work

The creator of this bowl is uncertain, but the painter (master craftsman) who had the skill to draw the net pattern by “ami de” and the “Yoraku pattern” was limited to Saita Isaburo or a part of his disciples. Considering how to put it in, the most envisioned is Isaburo Saita, or one of his disciples (富田松鶴Tomita Shokaku or 道本安右衛門Michimoto Yasuemon).