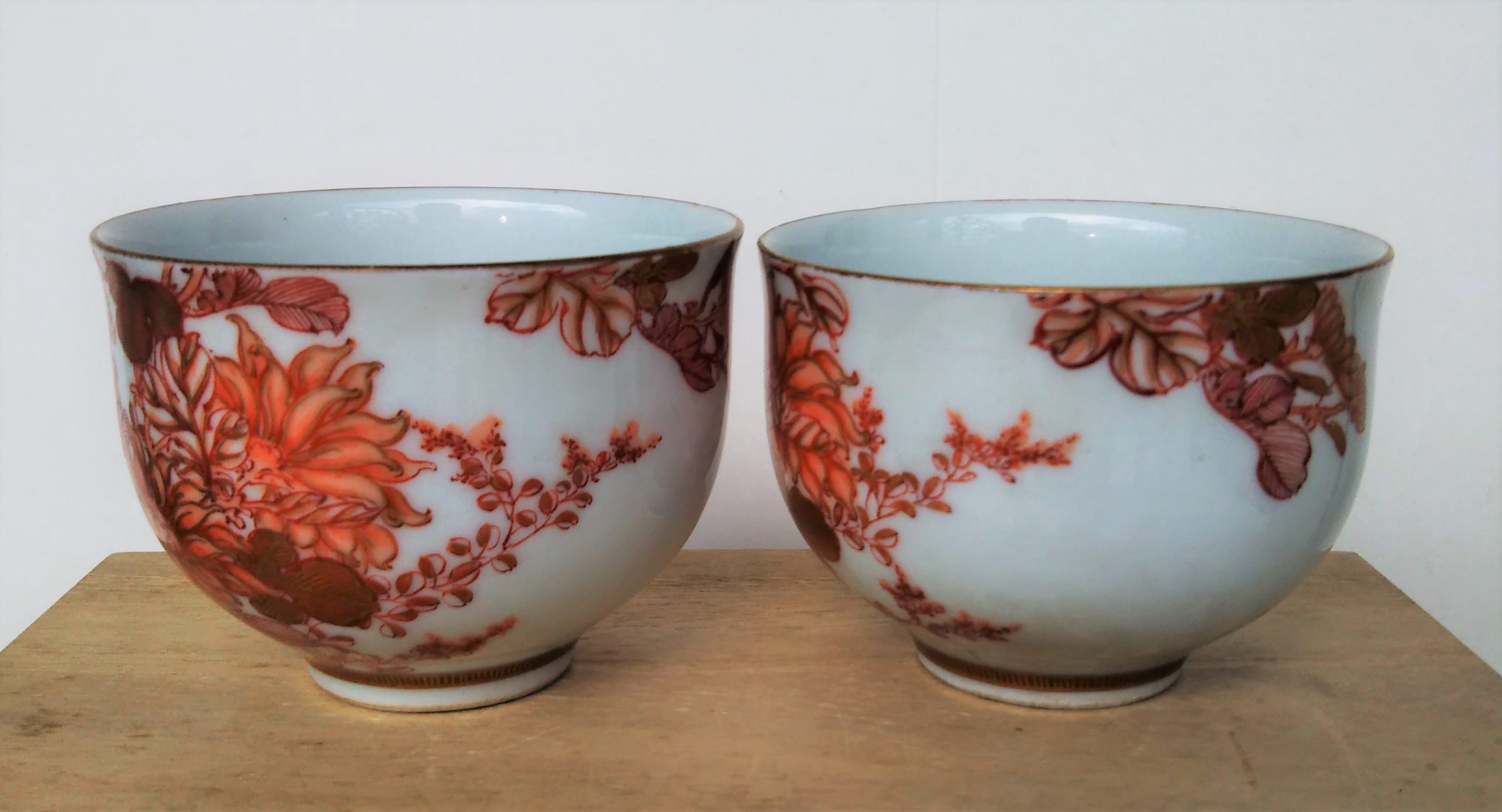 On the side of a small teacup, a peony flower, which is often drawn large, is drawn overhanging. Therefore, the upper branch that could not be drawn or the appearance of hanging is also drawn. The skill of composition is seen, and this work also incorporates the technique of Japanese painting that was seen in Meiji kutani from early on. 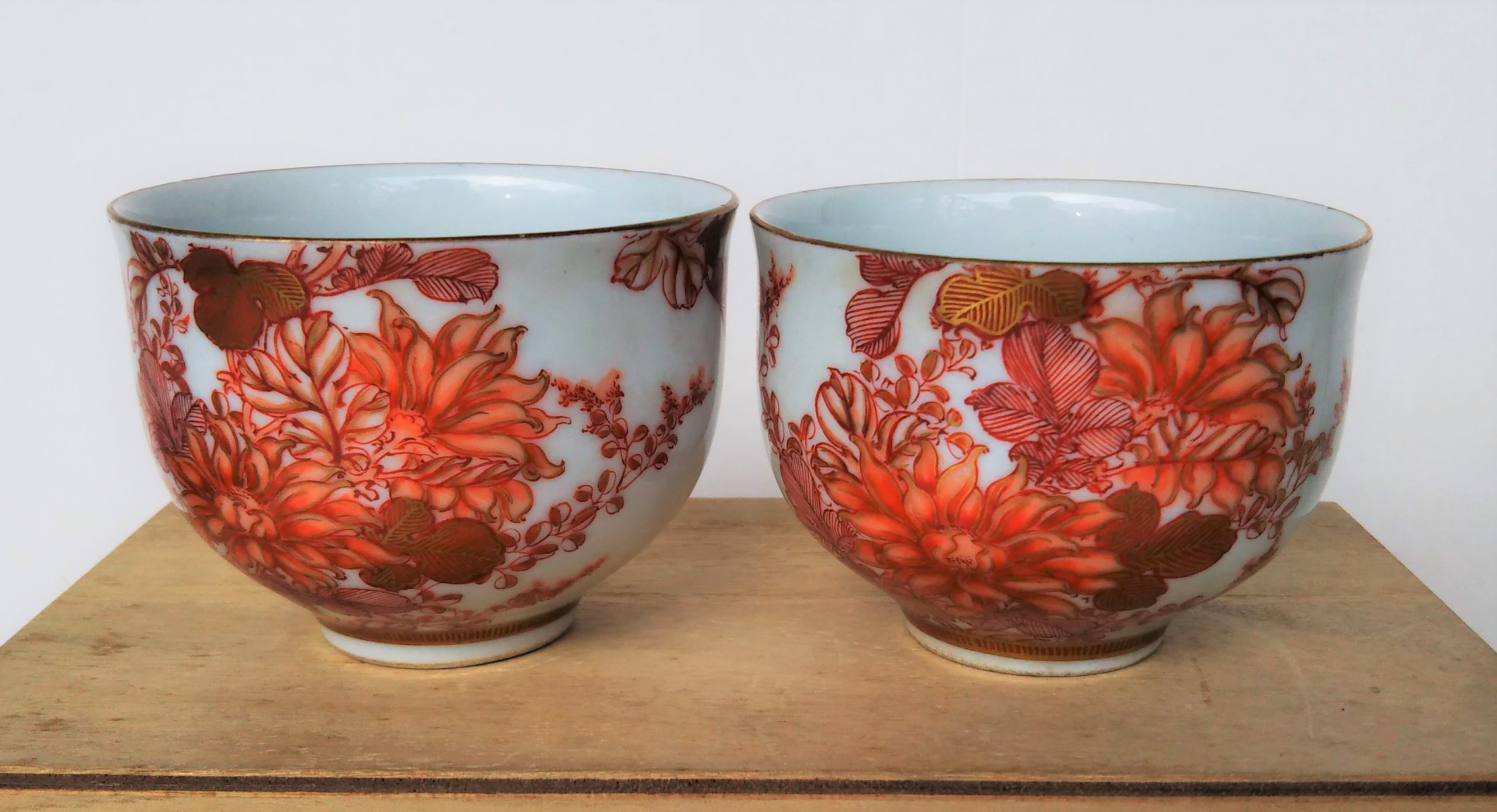 Peony flowers are painted on the sides of both teacups, and the petals and leaves are finely painted. Accented with fine gold lines, it is a gorgeous red-gold pieces. Such painting is the highlight of Kanazawa aka-e. 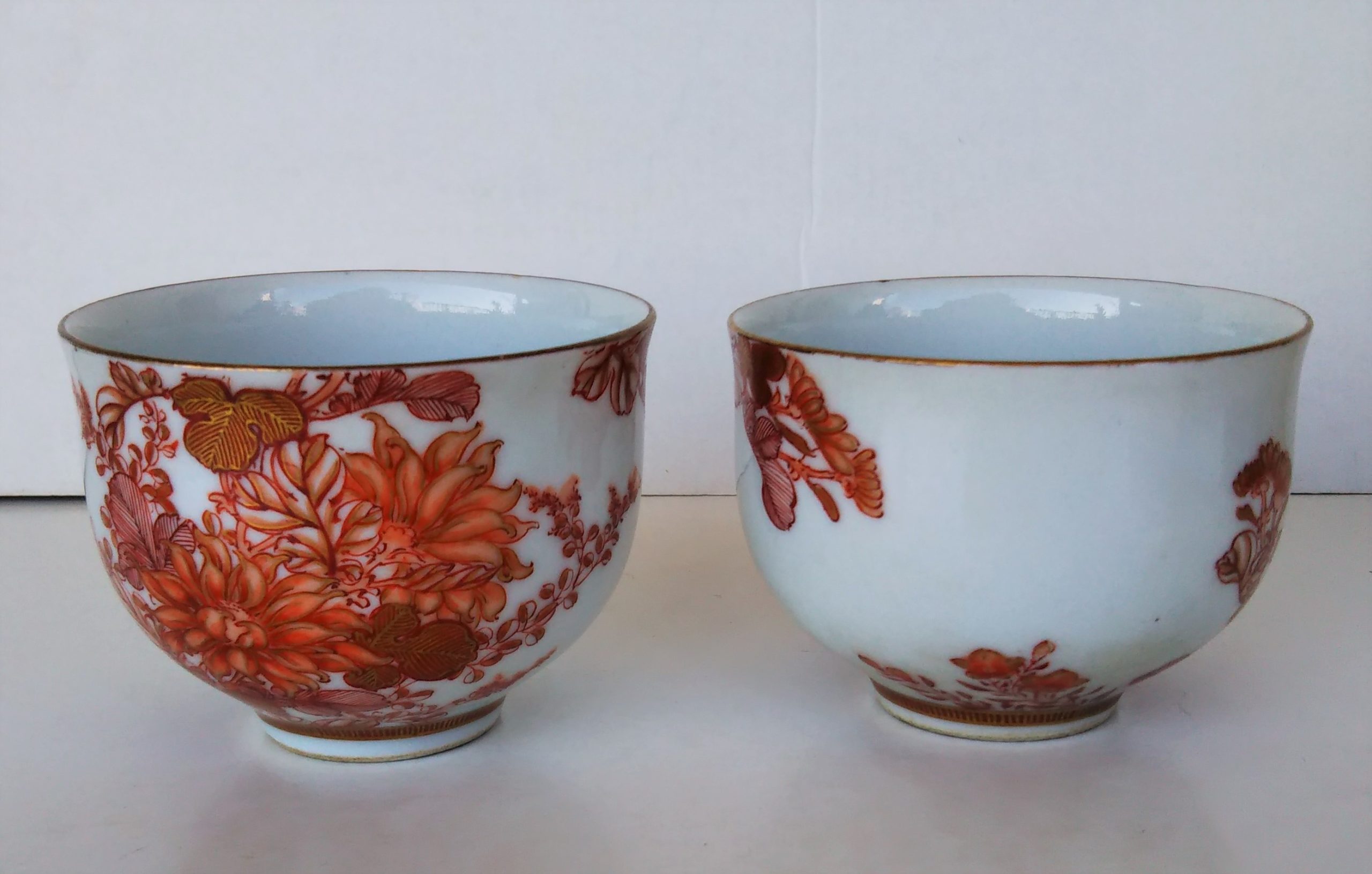 When each teacup is placed toward the customer and the host to display a large peony flower, it seems to delight both eyes. It is mutually enjoyable consideration. 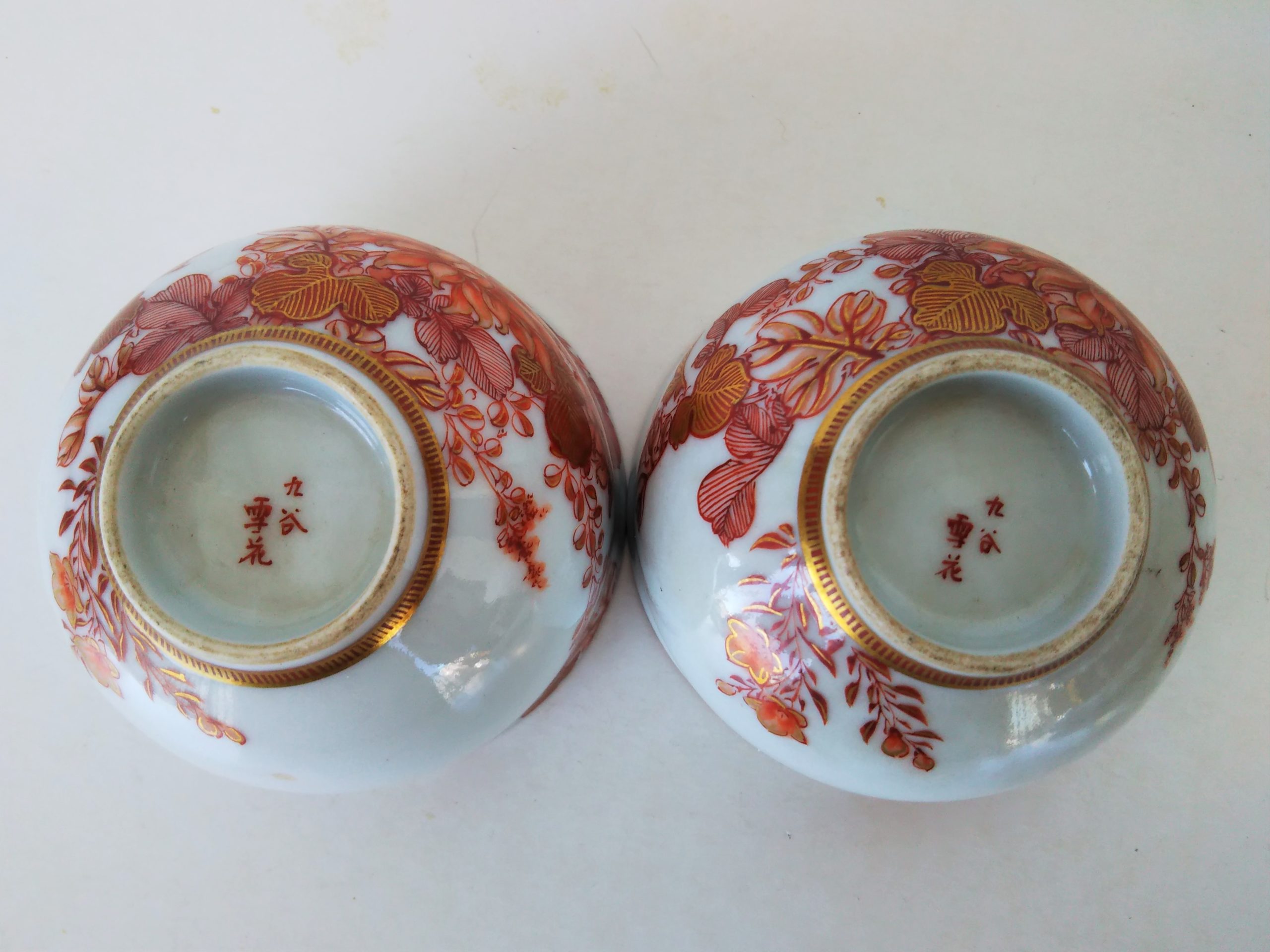 Aikawa learned porcelain painting from Iiyama Katei (飯山華亭) and named myself “雪花Sekka”. Aikawa was one of the master painters of Kanazawa kutani, along with Ishino Ryuzan (石野竜山) and Mizuta Seizan (水田生山) . In 1928, he won a prize with Ishino Ryuzan at the Taisho Expo in Kanazawa, and was a master craftsman who was asked to exhibit at the San Francisco World Exposition in 1918.