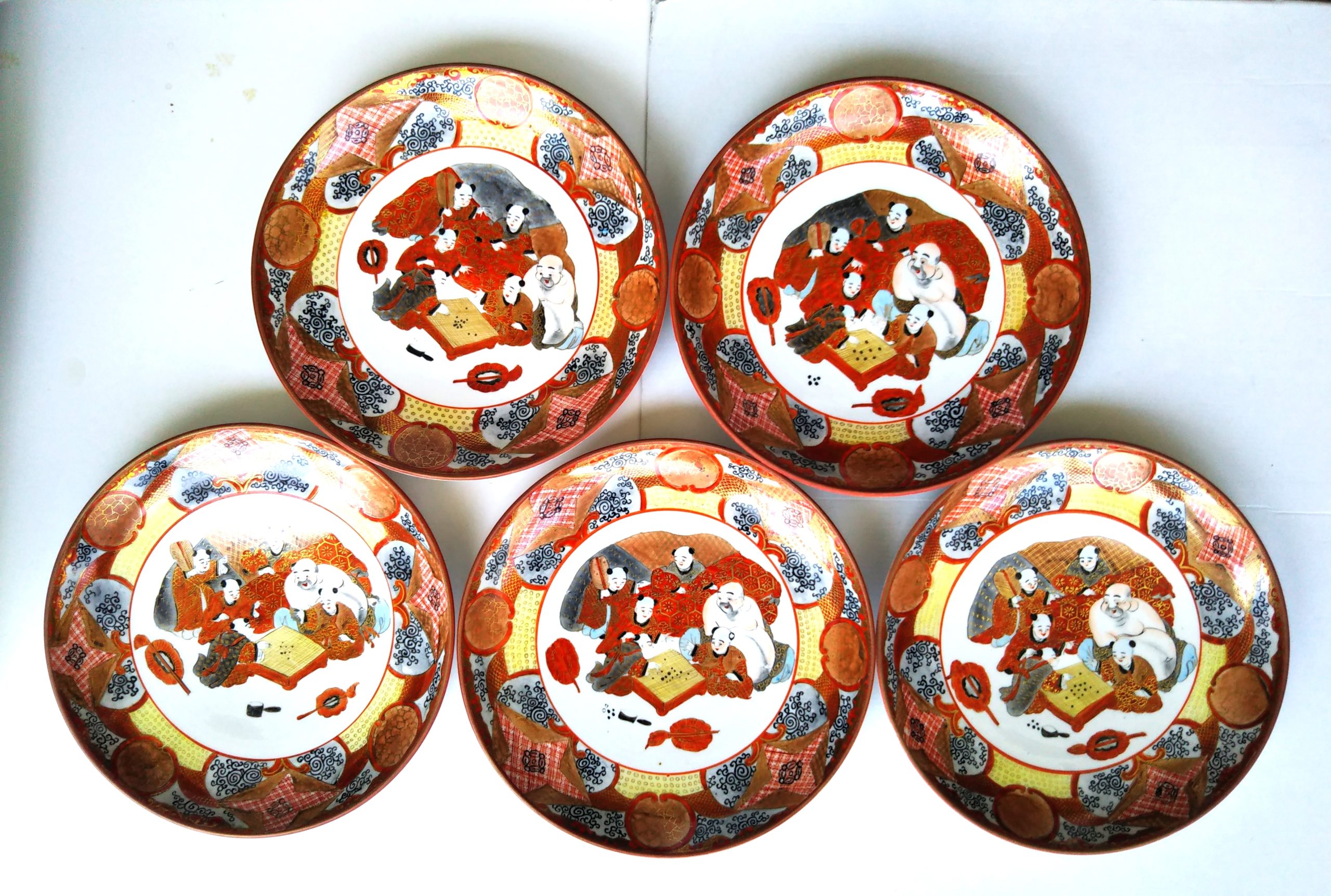 Imagining that a set of ten medium plates are put in an original wood box with “assortment for Tanabata festival / grilled fish plate”, it is believed that these plates were used for a banquet associated with “tanabata-no-sechie” (the ceremony or tanabata festival for children on July 7 every year), and that a total of thirty pieces were prepared. Perhaps the banquet with thirty plates lined up would be spectacular. 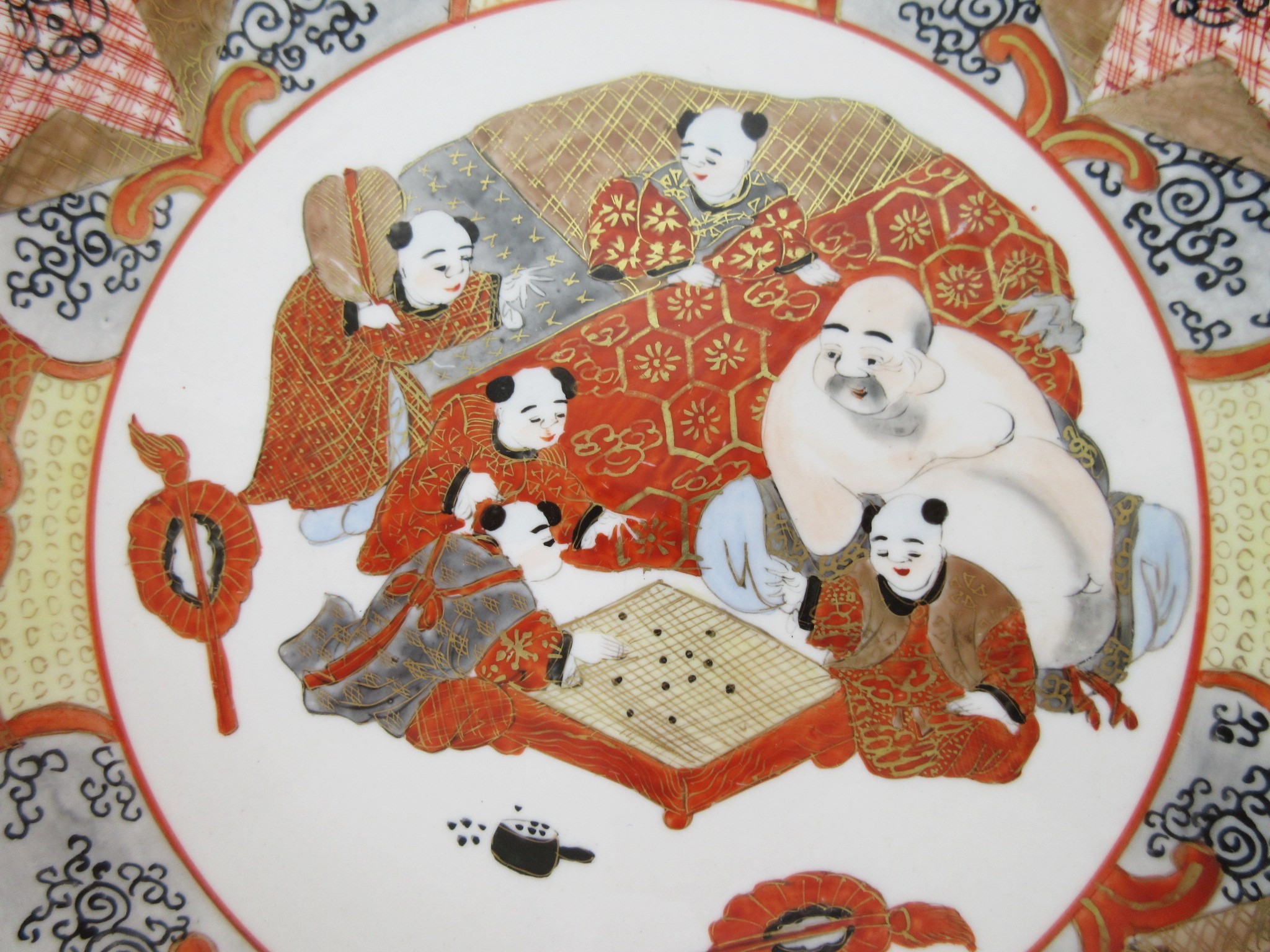 The design is a scene that “Hotei god and karako (Chinese children)” are enjoying Go. Since ancient times, Go was regarded as one of the “four arts” (koto, go, calligraphy, and painting handled by hands),” or there were Japanese paintings that the three gods of Hotei, Daikoku and Ebisu were enjoying Go. It seems that the creator came up with this design after considering the purpose of these plates. 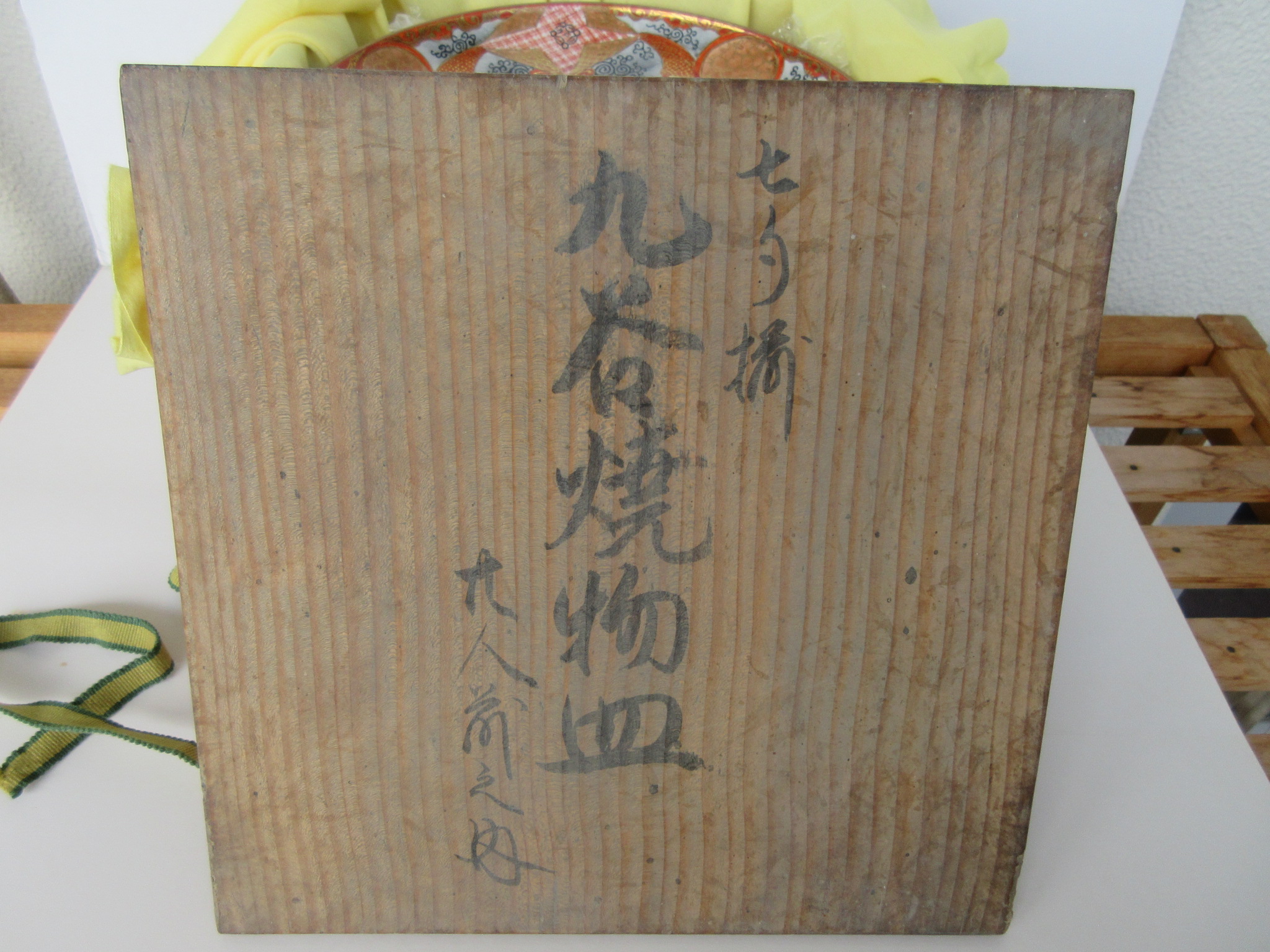 Considering about the sizes of these plates, it seems that a medium plate was sometimes treated as a large plate at that time. Since each is solid and heavy, when the grilled fish as staple food (which might be the sea bream that accompanies a banquet in Japan) was served on each plate, it would be a plate comparable to a large plate. Probably, the purchaser of these plates bought such a slightly larger plate with congratulatory design, in order to serve the staple food on this plate and entertain the people at the banquet.

The back name is written as “made in 九谷kutani / painted by 三輪Miwa”, and as “a set associated for “Tanabata-no-Sechi / a part of 30 pieces” on the original box.

Miwa studied under the first Hashida Yosaburo (橋田与三郎), and acquired the technique of aka-e fine drawing. In addition, Miwa incorporated the patterns of snow ring and fine calligraphy into his deign. If some sake-cup or teacup would have a Chinese poem on the inside and a snow ring on the outside, it was said to be the work by Miwa, as he often adopted the snow ring pattern. He created large works for export, so it is found that he created the works with various shapes and styles.