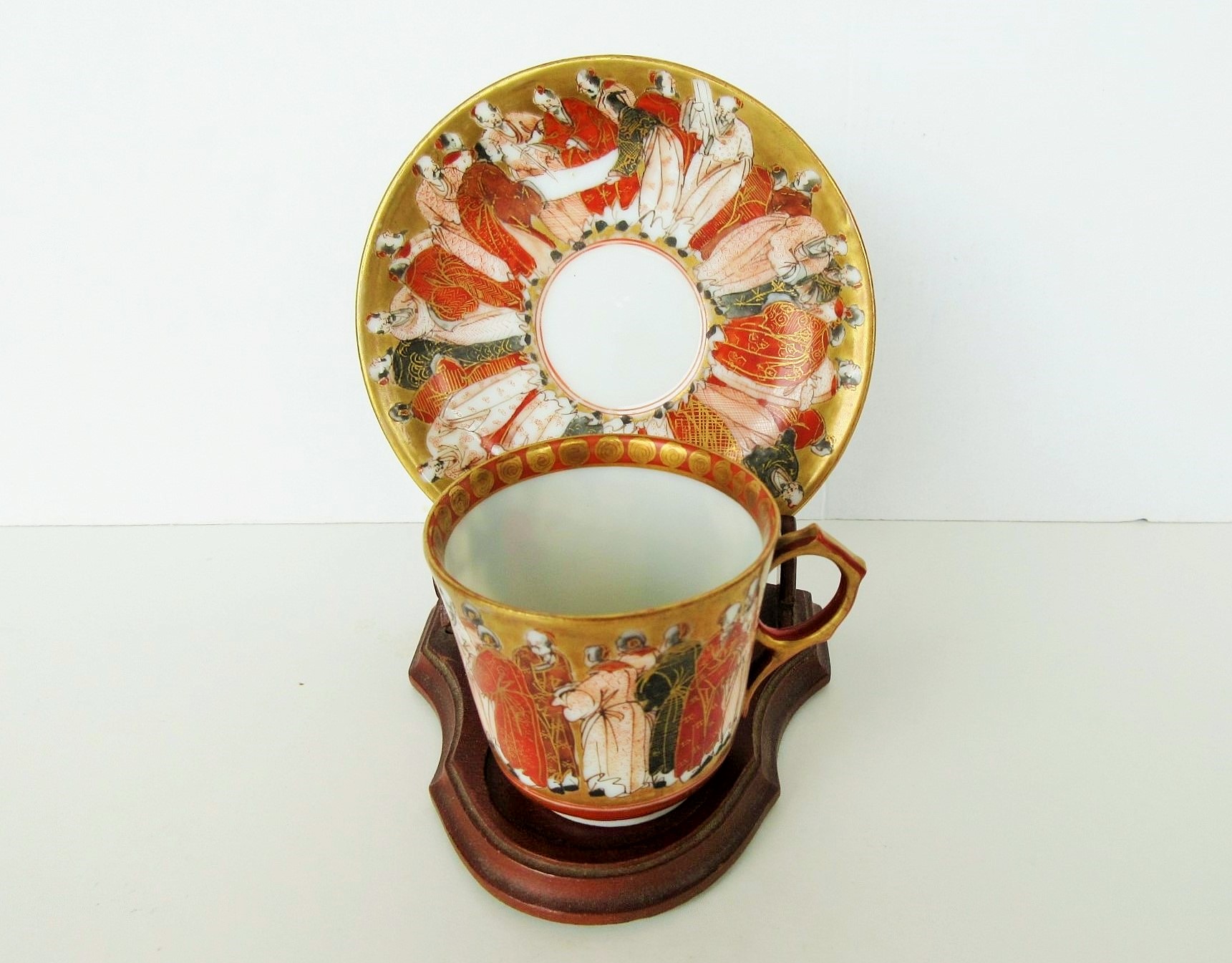 This work is a gorgeous cup and saucer in Meiji kutani, with a hundred of old scholars elaborately drawn on the egg shell-typed body often used for tableware. To the viewer, a large number of Chinese people appear to float vaguely on the inside of the cup. Not only that, but the thin edges of the egg shell are decorated with gold on the inside and outside. This works shows exhaustively the skill of Sasada’s expression. 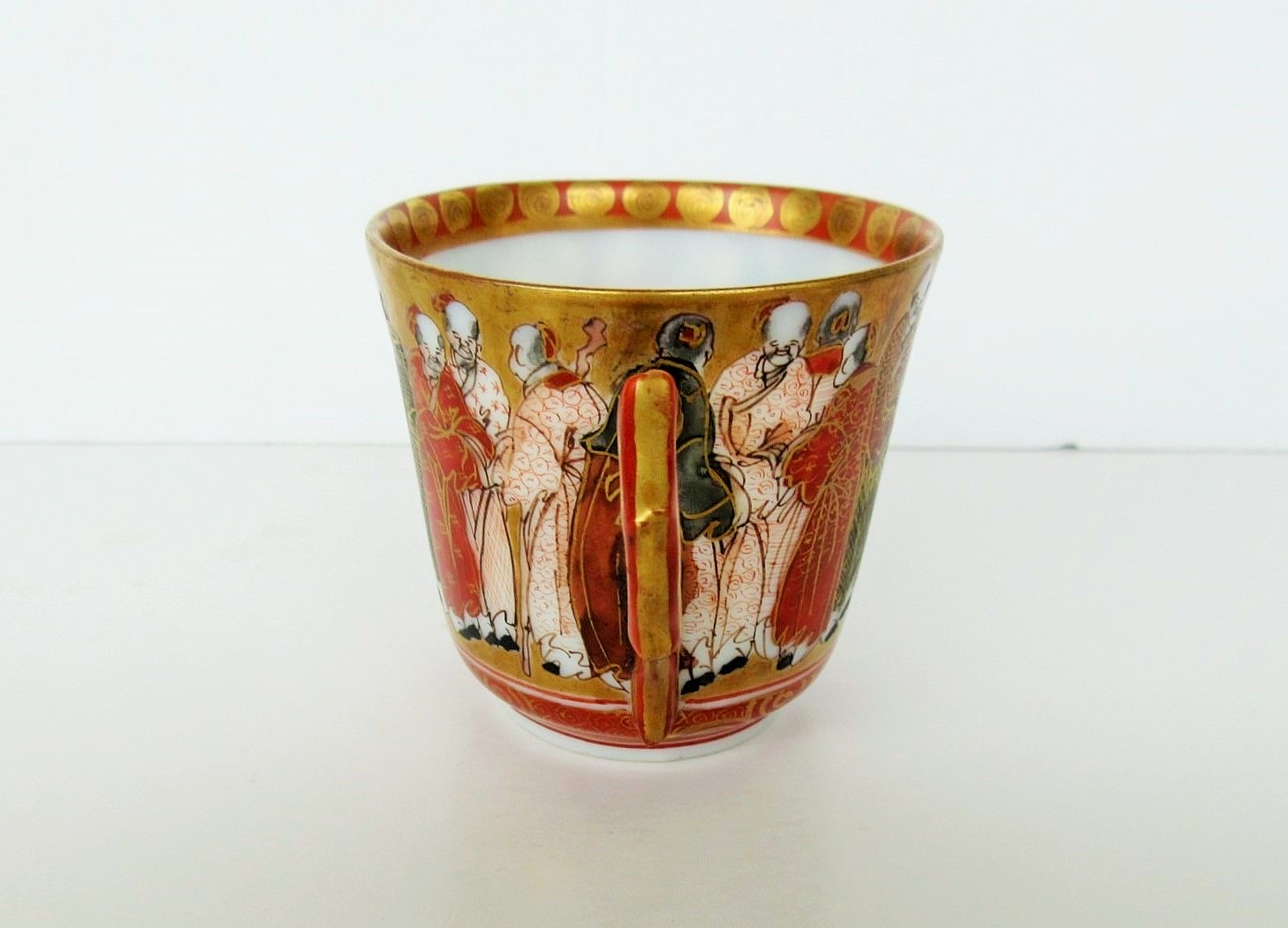 The hyakuro-zu was often drawn in kutani, especially, it became one of the designs used in Kanazawa kutani. The design is drawn to cover the surface of each of the cup and saucer, and this was called “Sennin-zu” (a thousand of scholars figure) among the Westerns, and was a popular design in exports. In many cases, more people are drawn in detail in the hyakuro-zu for the Westerns than Japan, but the faces, costumes, and shapes of each person are changed and decorated. It looks like a pattern. 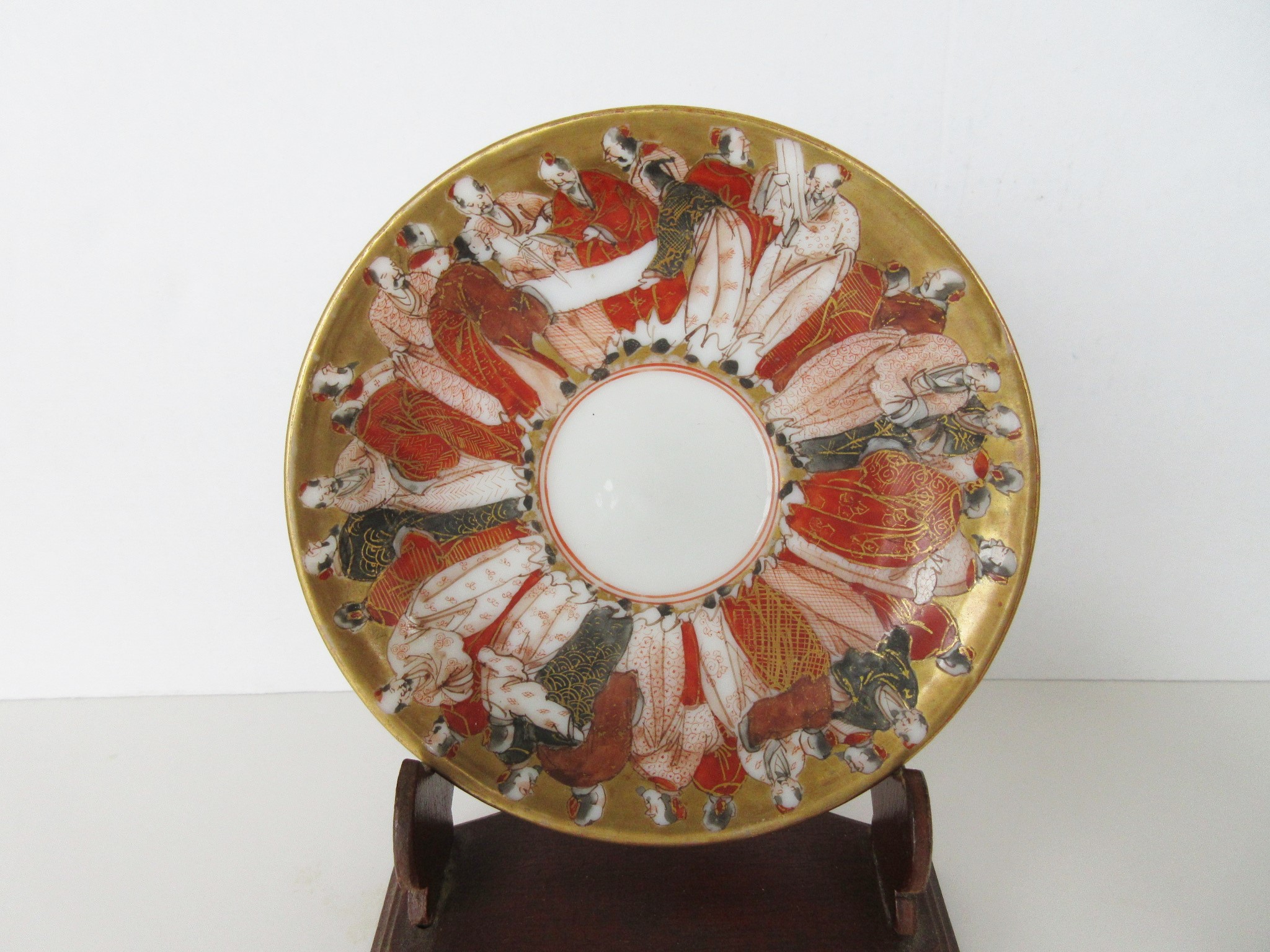 At that time, many orders from the Westerns were received for eggshell type tableware because they were “lighter and stronger” and people could enjoy the design that looked transparent when viewed from the opposite side. So it is believed that using the body of the egg shell, Sasada also made a cup and saucer with a delicate design. 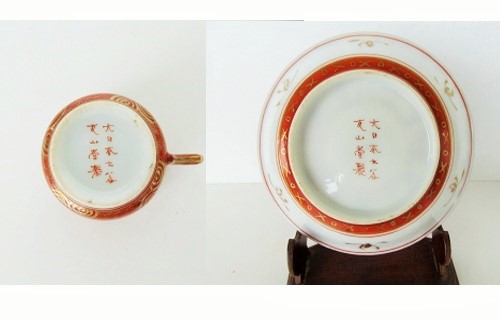 Sasada Yuzan, who studied porcelain painting from a young age, opened a painting factory at the age of 32 in 1872, and received an award at the 1st National Industrial Exhibition held in Tokyo in 1887. Later, in 1878, he closed the factory, and after continuing to create the works at a famous painting factory and Fujioka Iwahana-do kiln (藤岡岩花堂), he restarted the painting business.

It is said that works of later years by Sasada were well decorated with gold, following Shimizu Bizan (清水美山) who developed the technique of mori-kin.