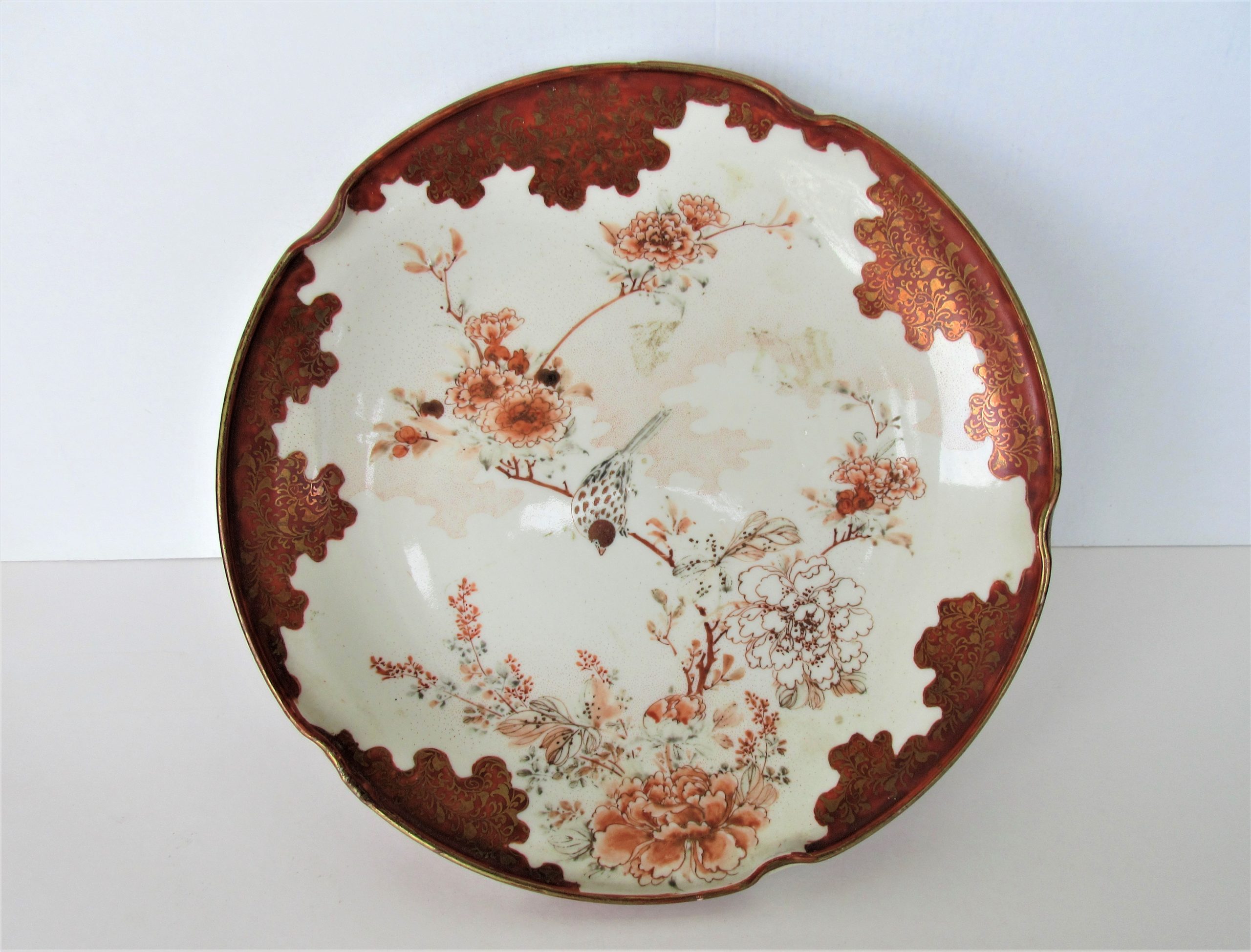 What is drawn on this bowl, which stands firmly on its three legs, is a majestic large-flowered peony, and a bird perching on a branch with its head down seems look at the below peony. “Static and dynamic” is well expressed on it. The basic colors are “red and gold”, and the background is decorated with “ishime-uchi” (fine pointillism) that were popular until around 1890. 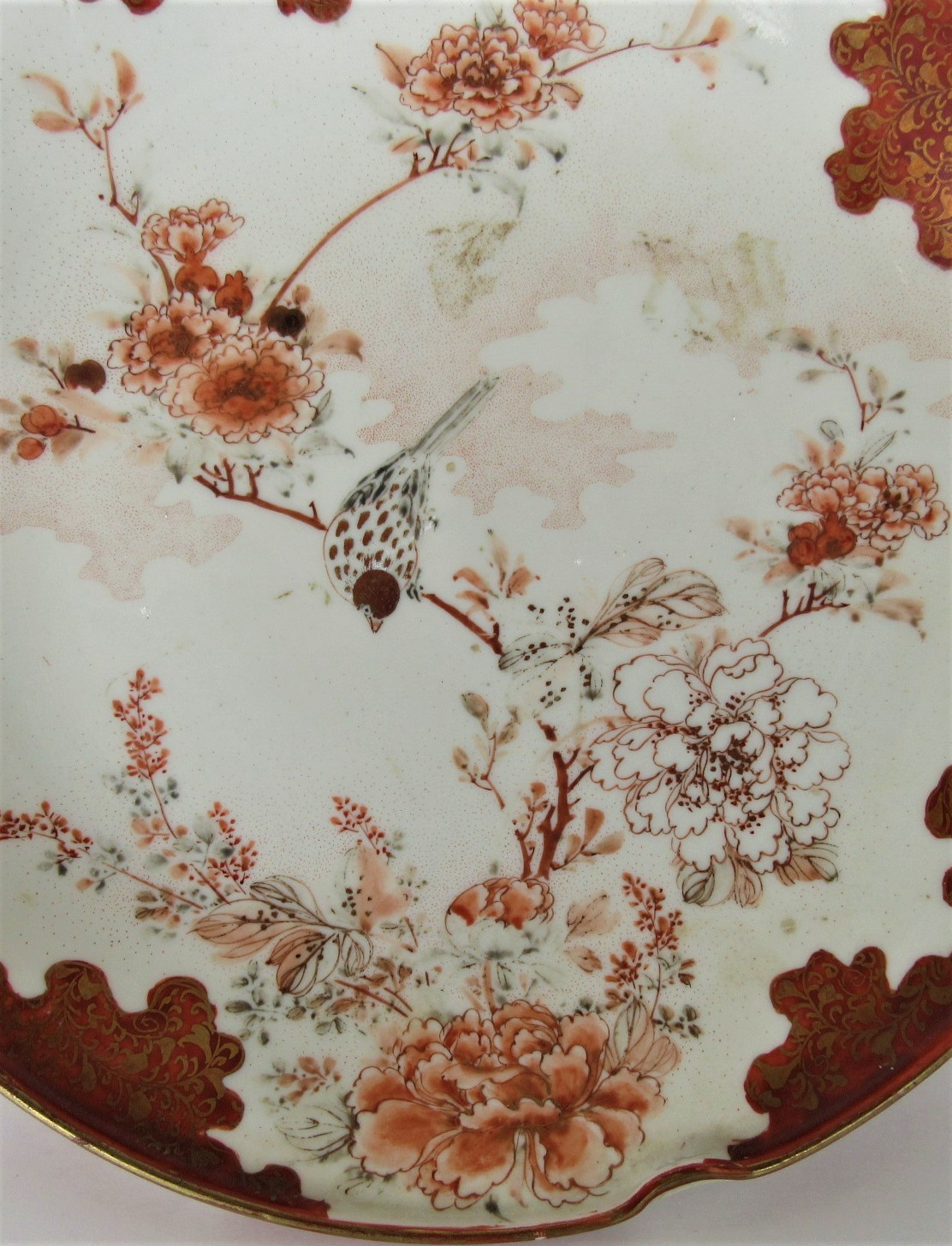 The scene of the center expresses the moment when a small bird, which has flew from somewhere, has just perched on a long peony branch, and while still holding on to the swaying branch, is looking at the peony below. Although this scene is called a birds-and-flowers, it is strange to incorporate a wild bird that fly around lively instead of the peacock that accompanies peony. The export kutani had to respond to Japanese-style painting for the export in the early Meiji period, but this scene seems to be based on the originality of the creator. 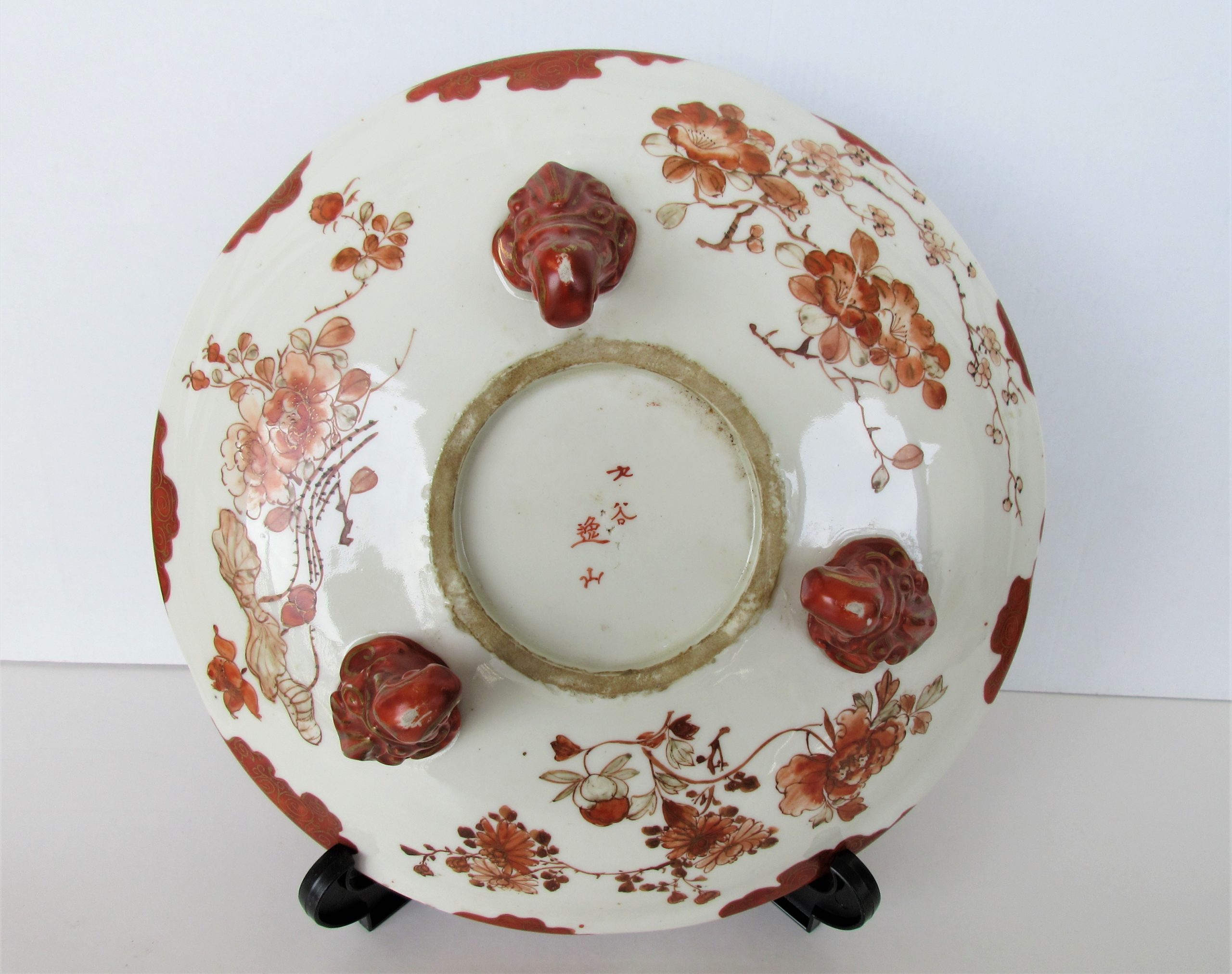 On the back side, a slightly different, bright flower is drawn large. Compared to the details of the front side, it is drawn to decorate gorgeously with a slightly thicker line.

Export kutani of incense burners or vases with legs in the shape of karako (Chinese children) or beasts are often seen, but it seems that it is rare to have legs attached to bowls. And the reason for choosing the legs in the shape of elephant head was probably that pottery merchant was asked for the legs like the head of the elephant familiar in the Westerns for use as a fruit bowl placed on the center of the table. 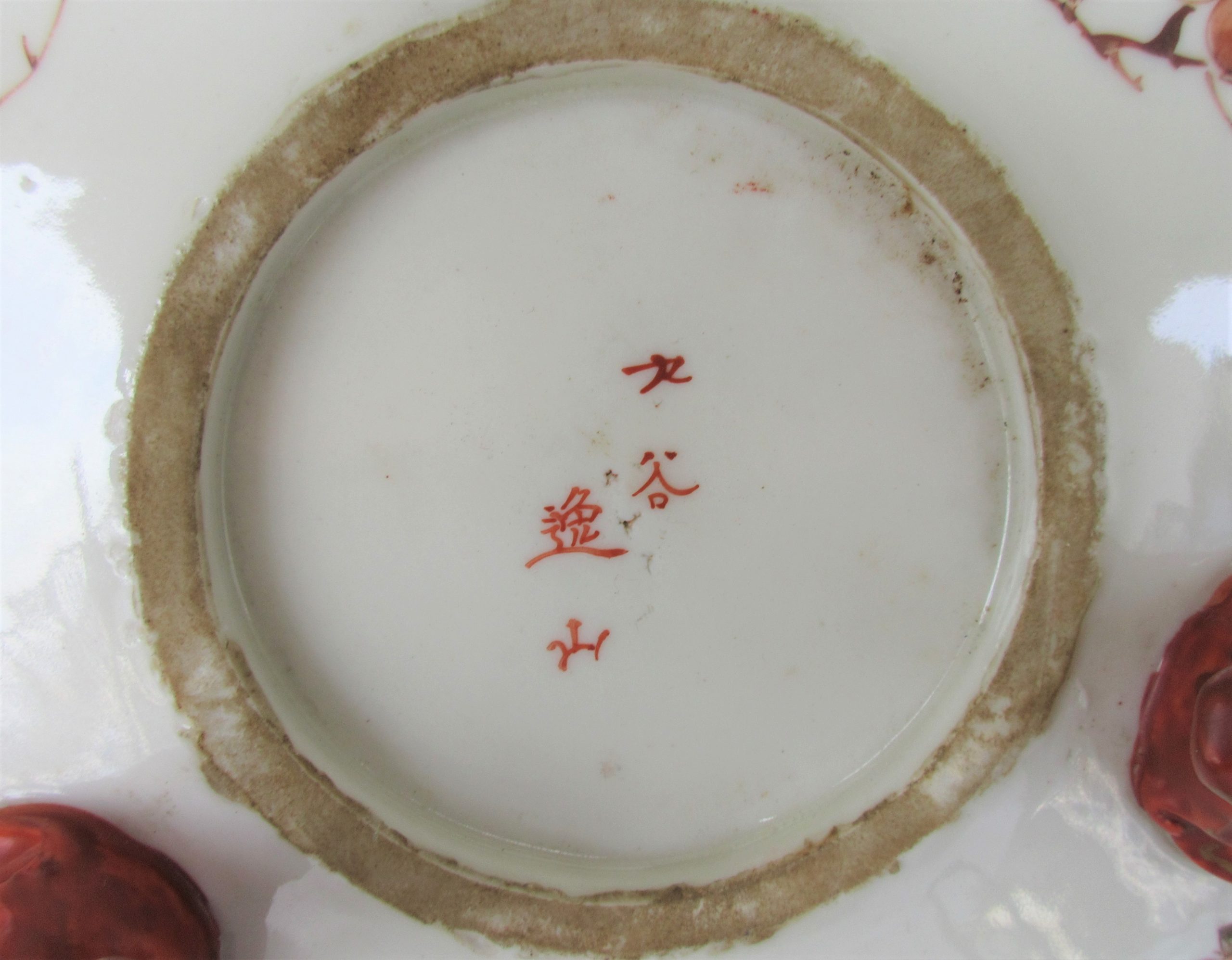 The back name is written as “九谷kutani / 逸山Itsuzan” in the slightly recessed center surrounded by the three legs.

In addition, the fact that the creation was asked by Ennaka (円中) and big pottery merchant Watano Kichiji (綿野吉二), who carefully selected excellent Meiji kutani and exported it, shows that Hatta was one of the master craftsmen of Meiji kutani. Therefore, his works such as red paintings and brocade are handed down as masterpieces.