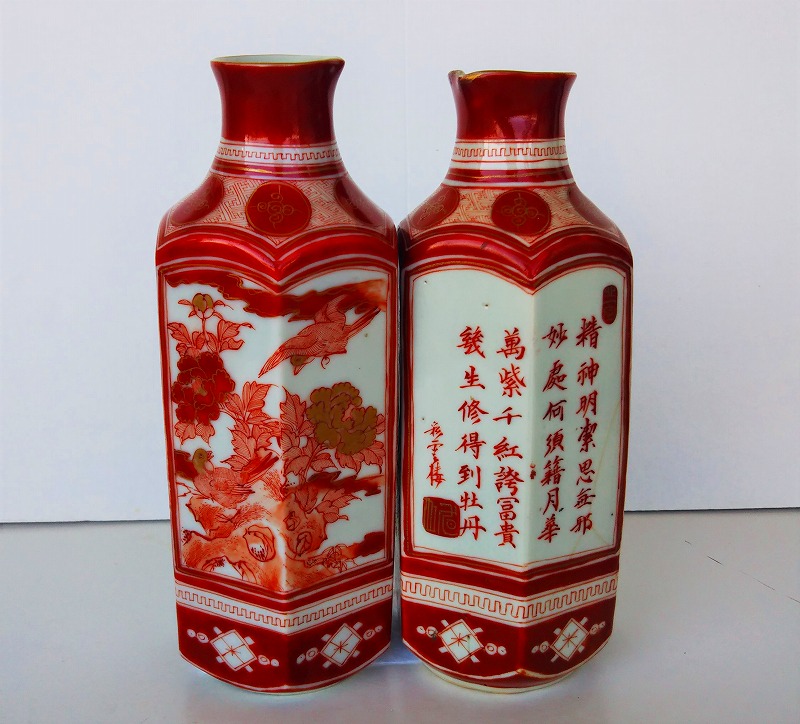 The richness of peony is expressed by combining the red peony figure and the Chinese poetry written in red. In particular, Toda draw peony by painting with thin lines with gold. The characteristics of typical Kanazawa aka-e can be seen here. 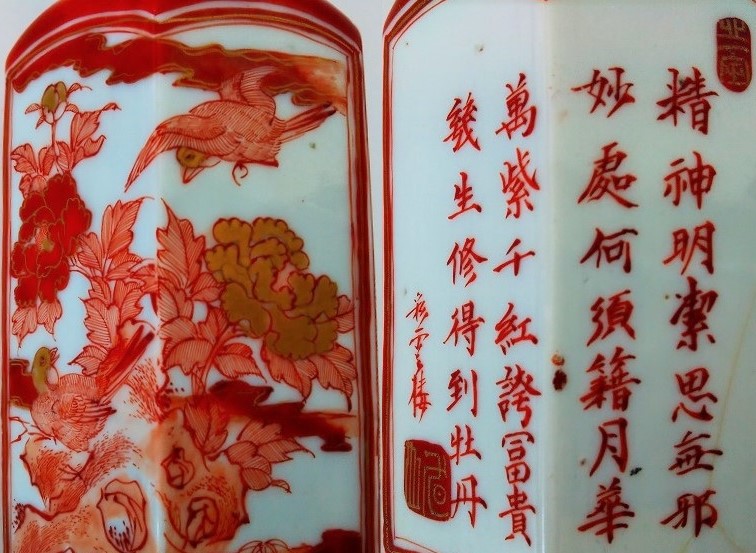 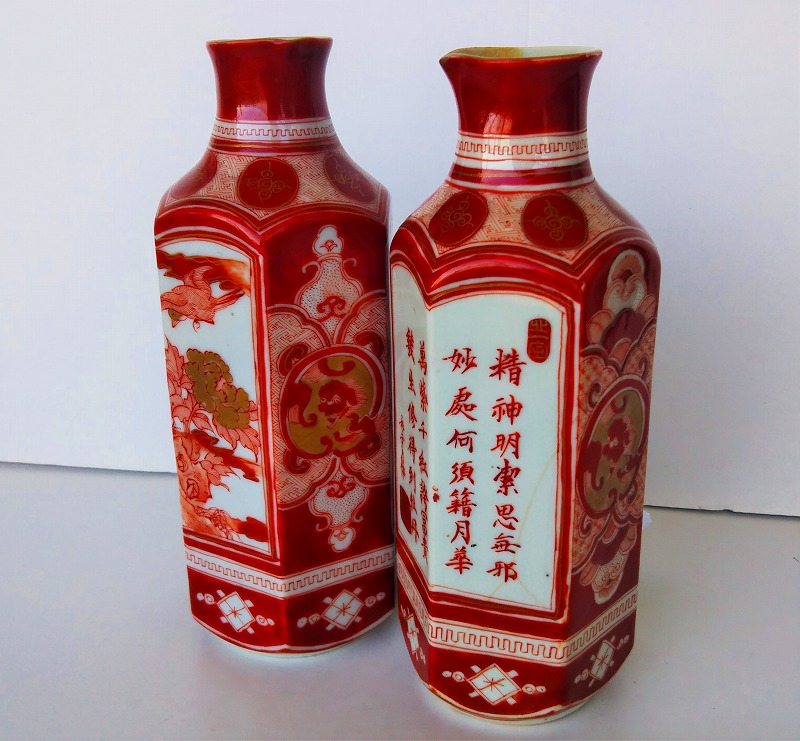 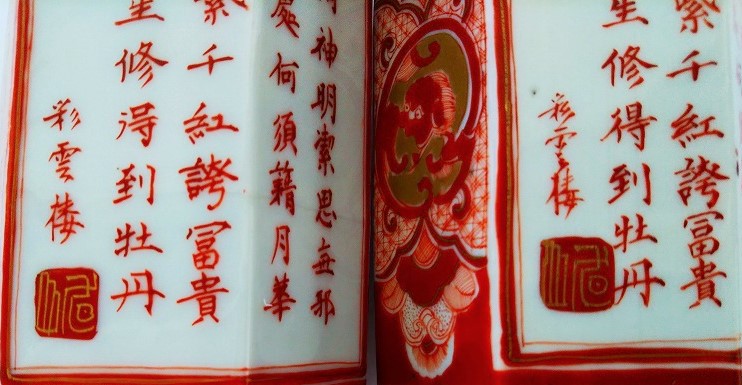 The back name is not written in the foot, but is written as “彩雲楼Saiunro 旭山Kyokuzan” at the end of the Chinese poetry.

Toda was born as a child of Toda Tokuemon (1792 to 1873), who was a porcelain painter of the Kasugayama kiln. His father studied the painting under Aoki Mokubei (青木木米), and after Aoki returned to Kyoto, he began his career in porcelain painting in Kanazawa. Some of his works were in the style of gosu aka-e, and some were in the style of Hachiro de, which expressed extremely detailed patterns.

Toda Tokuji learned porcelain painting from his father and was thought to be strongly influenced by his father’s style of painting. He painted for the Minzan kiln. After the Minzan kiln was abandoned, he worked as a leader with Utsumi Kichizo (内海吉造) in the kiln built at Kasugayama by Kaga domain in 1867.

When the clan kiln was closed in the Meiji period, he took over the kiln and self-employed, and continued to operate until around 1882. During that time, in 1869, he was temporarily the main craftsman for the Abe Bikai Kiln, and it is known that he went to Tokyo to create porcelain.

His works included aka-e with fine drawing, copied aka-e, and blue and white (for daily goods). In his later works, we can see works with the patterns in the panels which were painted in various colors, and the area around the panels was colored in red.

His son-in-law, Suwa Sozan (諏訪蘇山), and Haruna Shigeharu (春名繫春) were among his disciples.