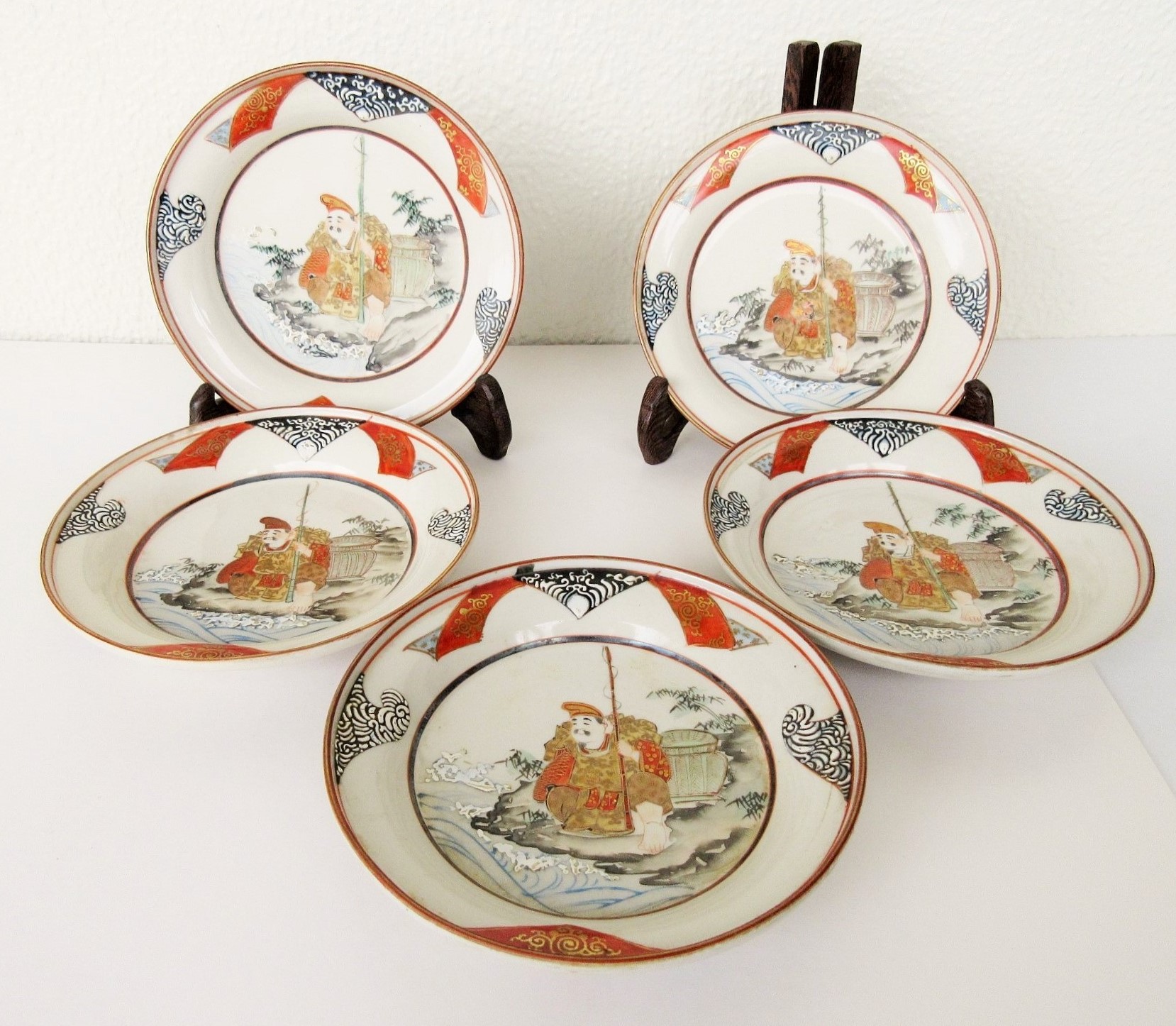 The familiarity of Ebisu god is drawn well on all five plates. At that time, in Kaga, where kitamae-ship (ships that traded around the country) was thought to bring prosperity to business, Ebisu god was worshiped as a god of fishing and commerce, and was taken up as a design of “lucky things”. 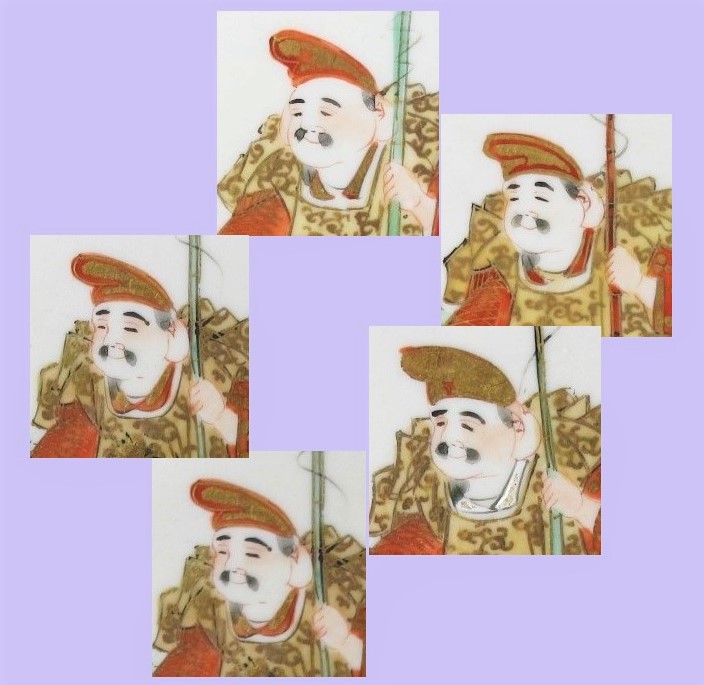 Ebisu was also known as “Ebisu face” (it means a smiling face like Ebisu laughing), so the painters picked it up as the subject of “congratulations”. However it is said that they had a hard time to finish in “Ebisu face”. They struggled with how to express the luck or the familiarity in Ebisu face, his fortunate ears, and his appearance carrying a fishing rod and a fish basket with a sea bream in his hand.

So, looking closely at Ebisu drawn by Yoneda Gosaburo (米田五三郎), the facial expressions of Ebisu are carefully drawn, and each one will delight the eyes. 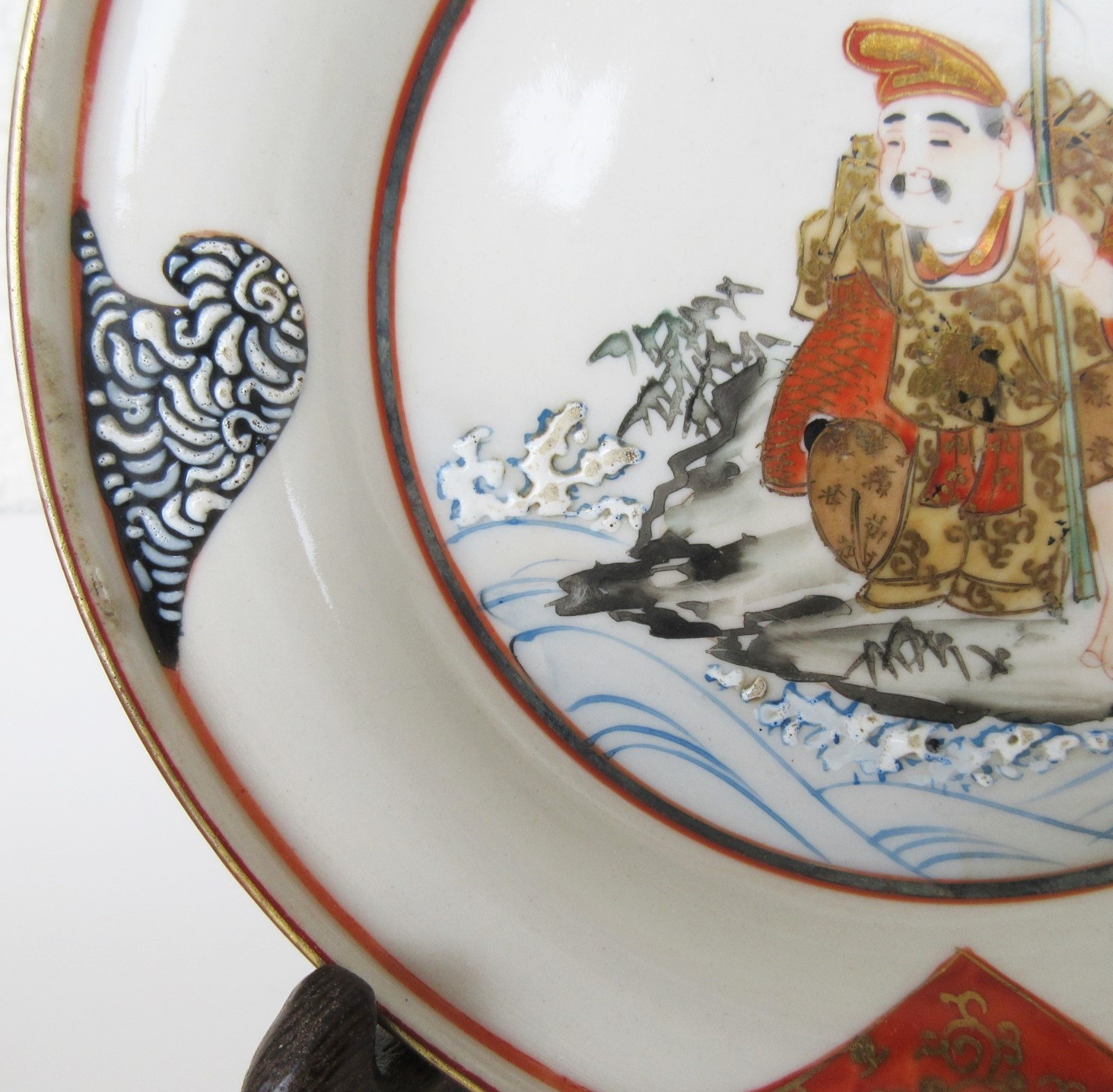 What stands out in this work is how to paint three-dimensional white waves, that is the small waves that hit Ebisu’s feet, and the wave patterns drawn in three places on the edge of the plate. Probably, a white paint called “Shiro-mori” would be used. The paint would be a white pigment developed by the master craftsman Tomoda Yasukiyo (友田安清) in 1893, and it is said that this paint made it possible to express subtle differences from the body or other paints. 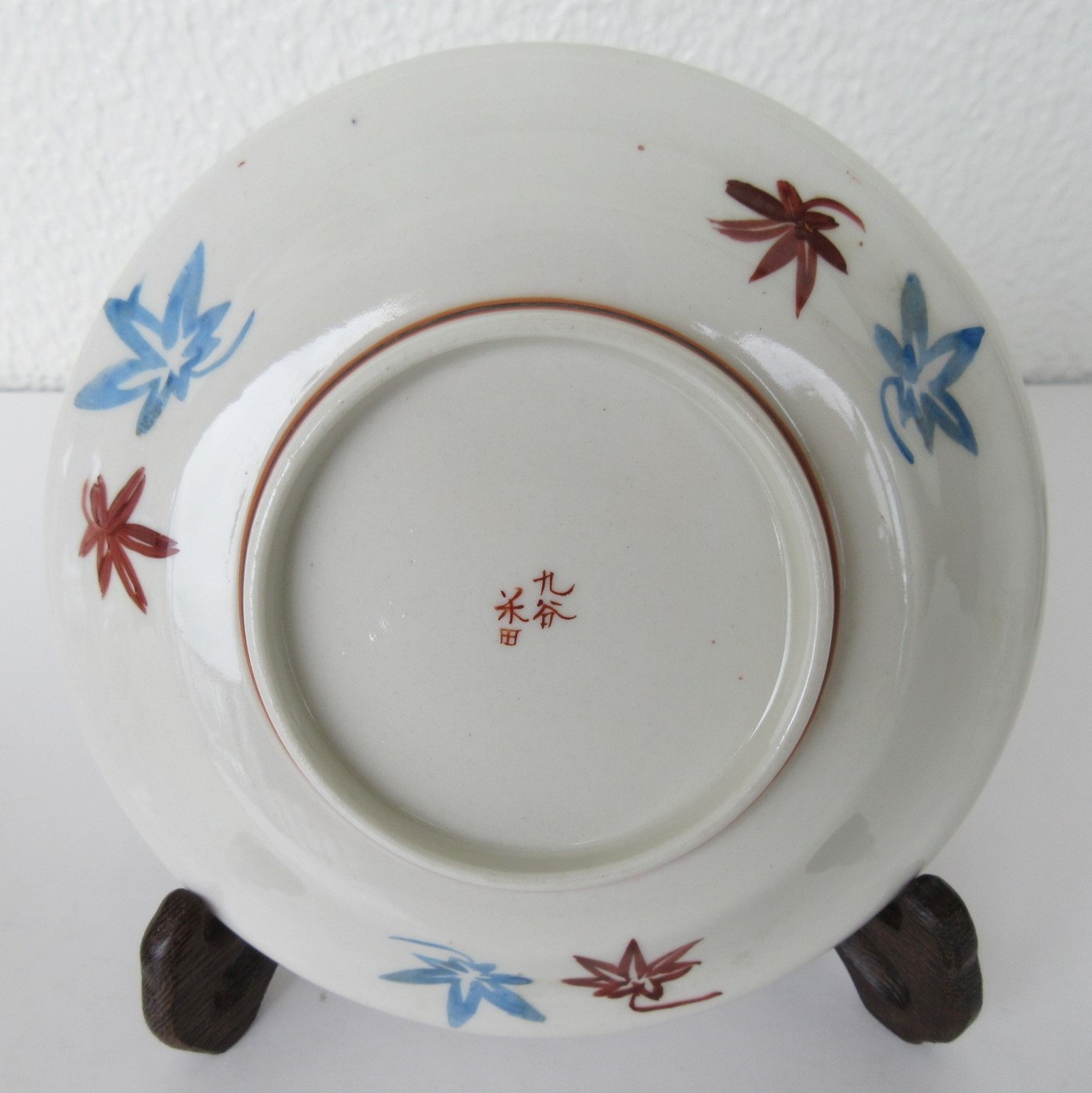 Yoneda was a pottery merchant in Neagari Village, Terai, at the beginning of the Meiji period. Since he widely sold figurines (like seven lucky gods including Ebisu) produced in Yawata Village, which became famous as crafts for domestic and abord, he was trusted by Yawata kilns. As he gradually expanded a sales channel, he also began to handle kutani vases, incense burners, etc.

On the other hand, in 1888, when Araki Tanrei (荒木探令Kano school painter) and others were invited to promote the improvement of the painting method of kutani and give guidance to improve the technical level, Yoneda participated in the guidance with Kameda Sangetsu (亀田山月), Suda Seika (須田菁華) and others. This suggests that Yoneda was deeply involved in porcelain painting. In fact, he was widely involved in the manufacture and sale of kutani through his store founded in 1907.