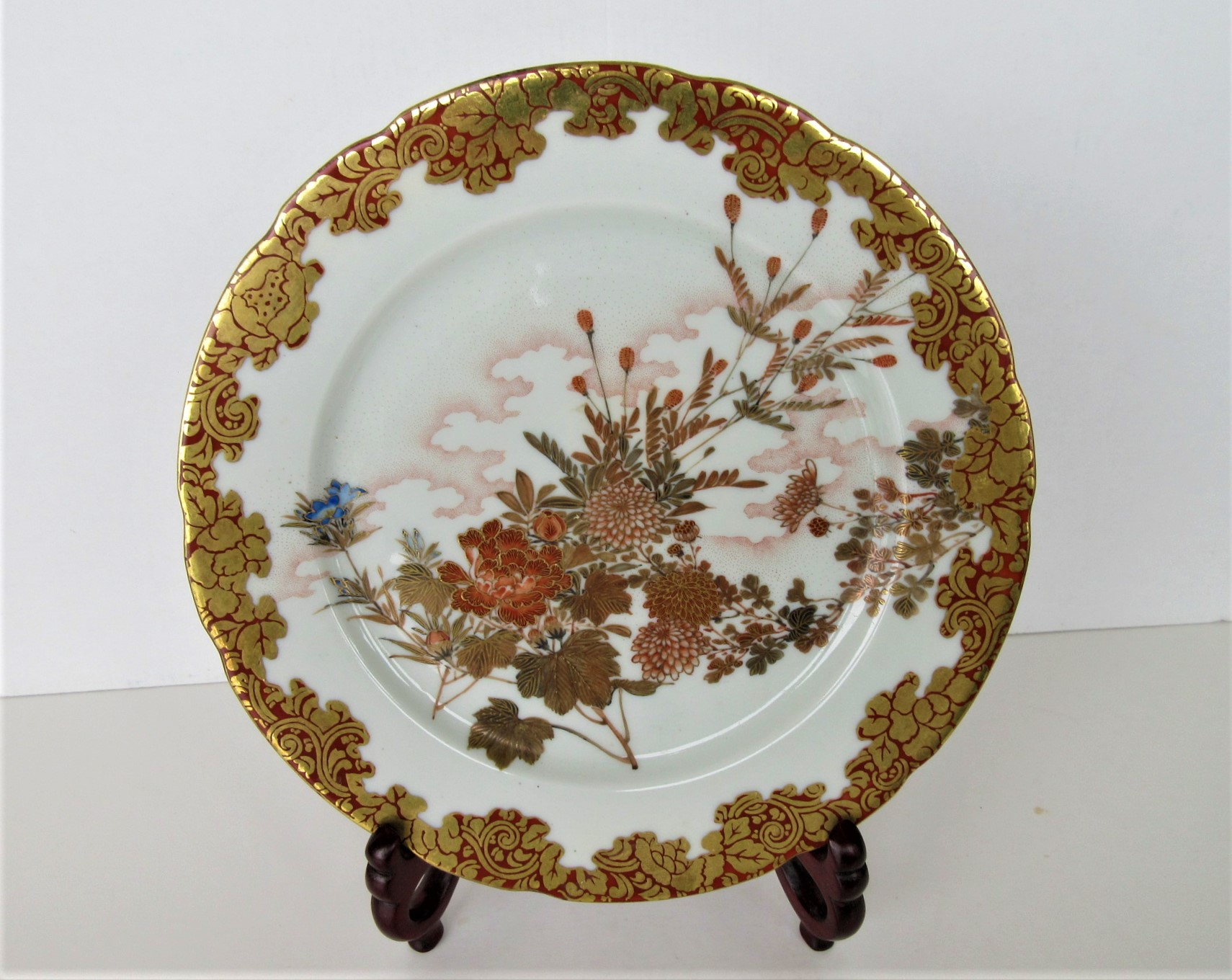 The flowers that would bloom at the end of summer are delicately drawn in the center of the plate, and the surroundings are luxuriously decorated with gorgeous brocade. This work is painted as picturesque scene, which is a unique design of Kanazawa kutani in the early Meiji period.

The flowers are peony, chrysanthemum, sanguisorba and gentian. Above all, the elegant sanguisorba with long and high flowers are drawn as if they are fluttering in the wind. This design of sanguisorba is few in Meiji kutani, and it seems that it was adopted at the request of Westerns. 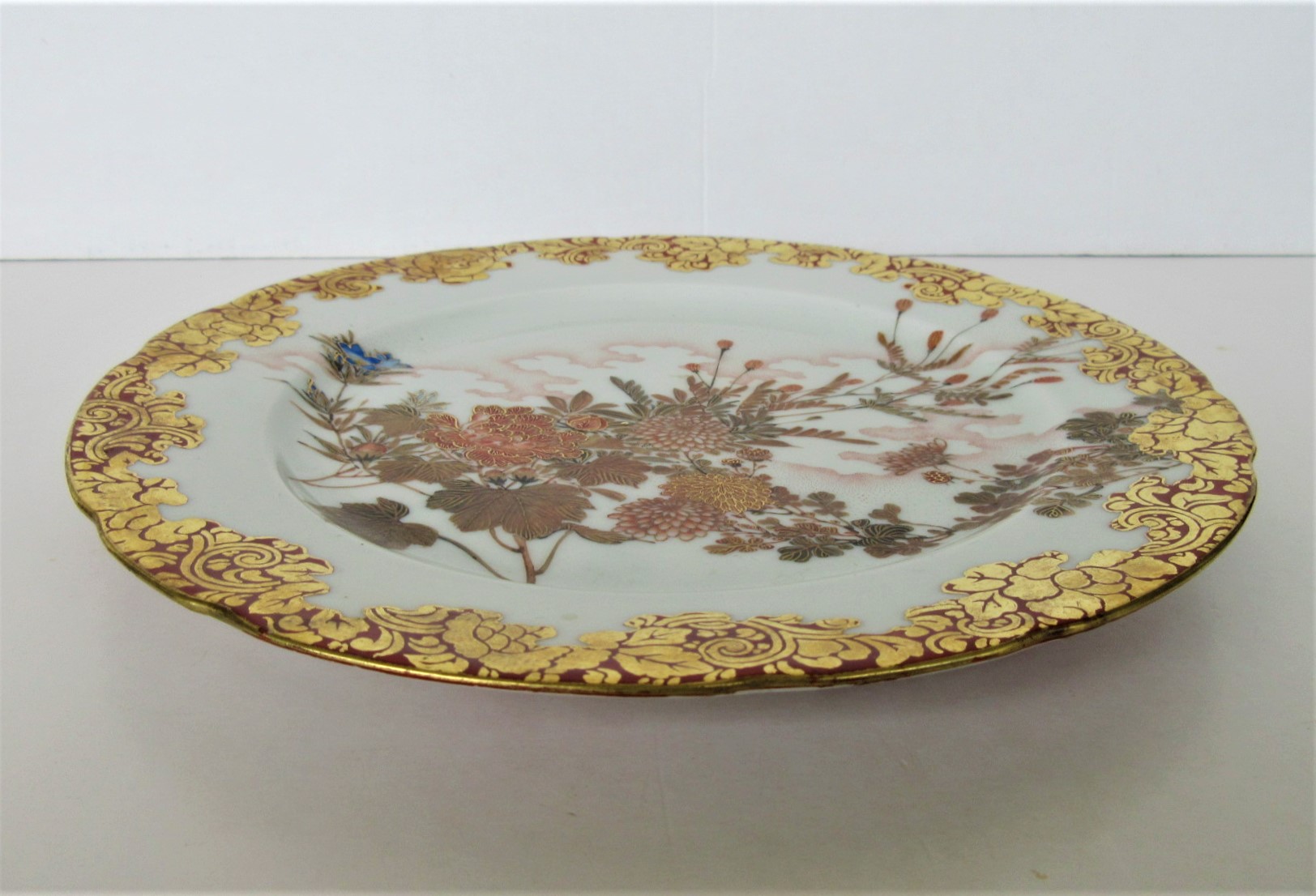 If you would touch the brocade around the edge, you could feel the thinly embanked gold which is burned in the same way as the unique painting of kutani. In fact, it is thought that the brocade did not wear off even after being used carefully for many years. It is said that the reason why Westerners called this “brocade” is that the brocade pattern was woven like embroidery with gold and silver threads. 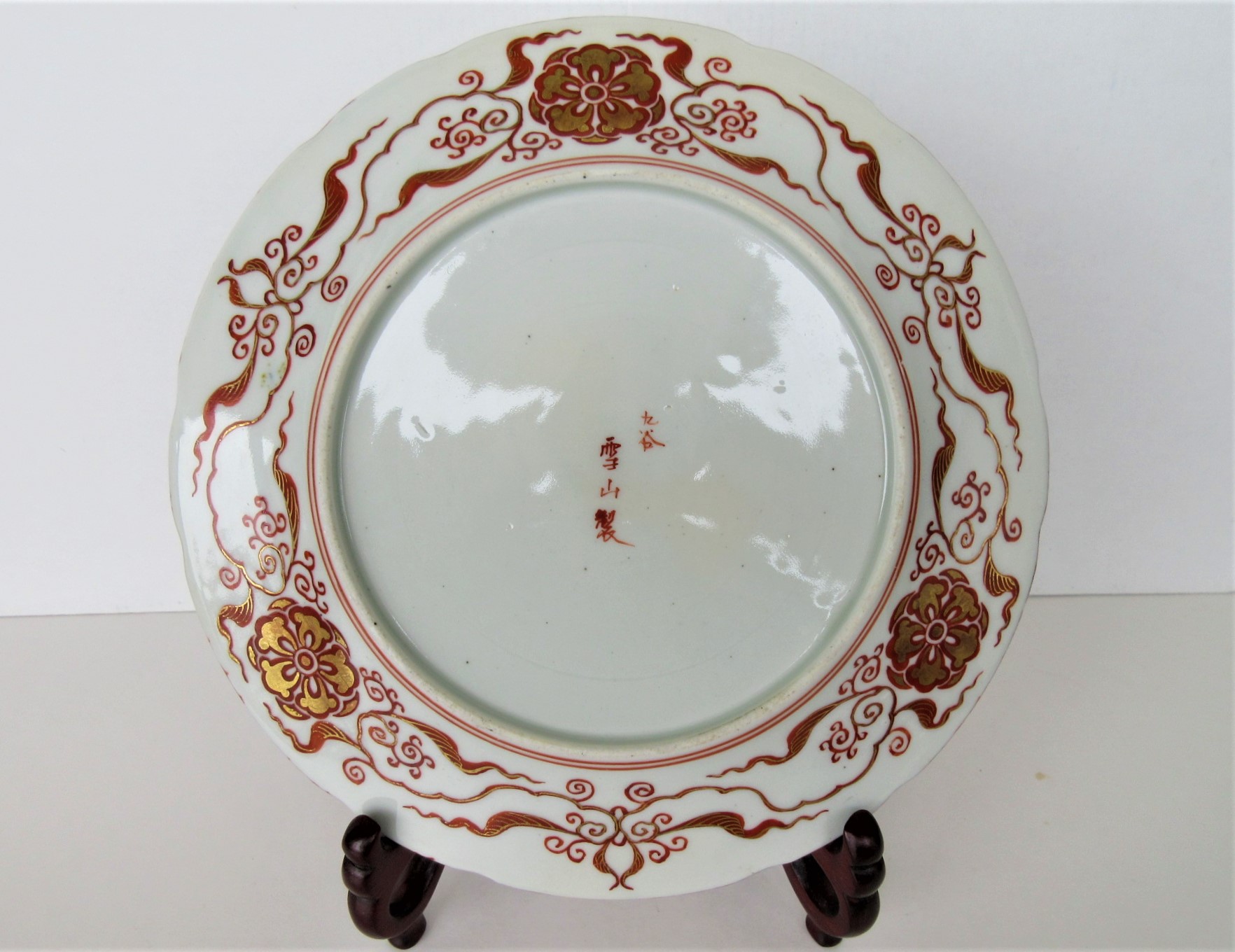 The back name is only written as “九谷kutani / made by 雪山Setsuzan”.

Akamaru was one of the master craftsmen of kutani, Kanazawa, from the early to mid-Meiji period. He was active as a professor of porcelain painting at the Ishikawa Prefectural Laboratory and at Ijun-sha (painting factory) managed by Utsumi Kichizo (内海吉造).

In addition, since he was listed as a painter in the works of Inoue Shoten (井上商店) a pottery merchant in Daishoji, Enuma-gun, it can be said that his fame was high.

Mizuta Seizan (水田生山), one of the master craftsmen of Meiji kutani, was one of disciples of Akamaru.