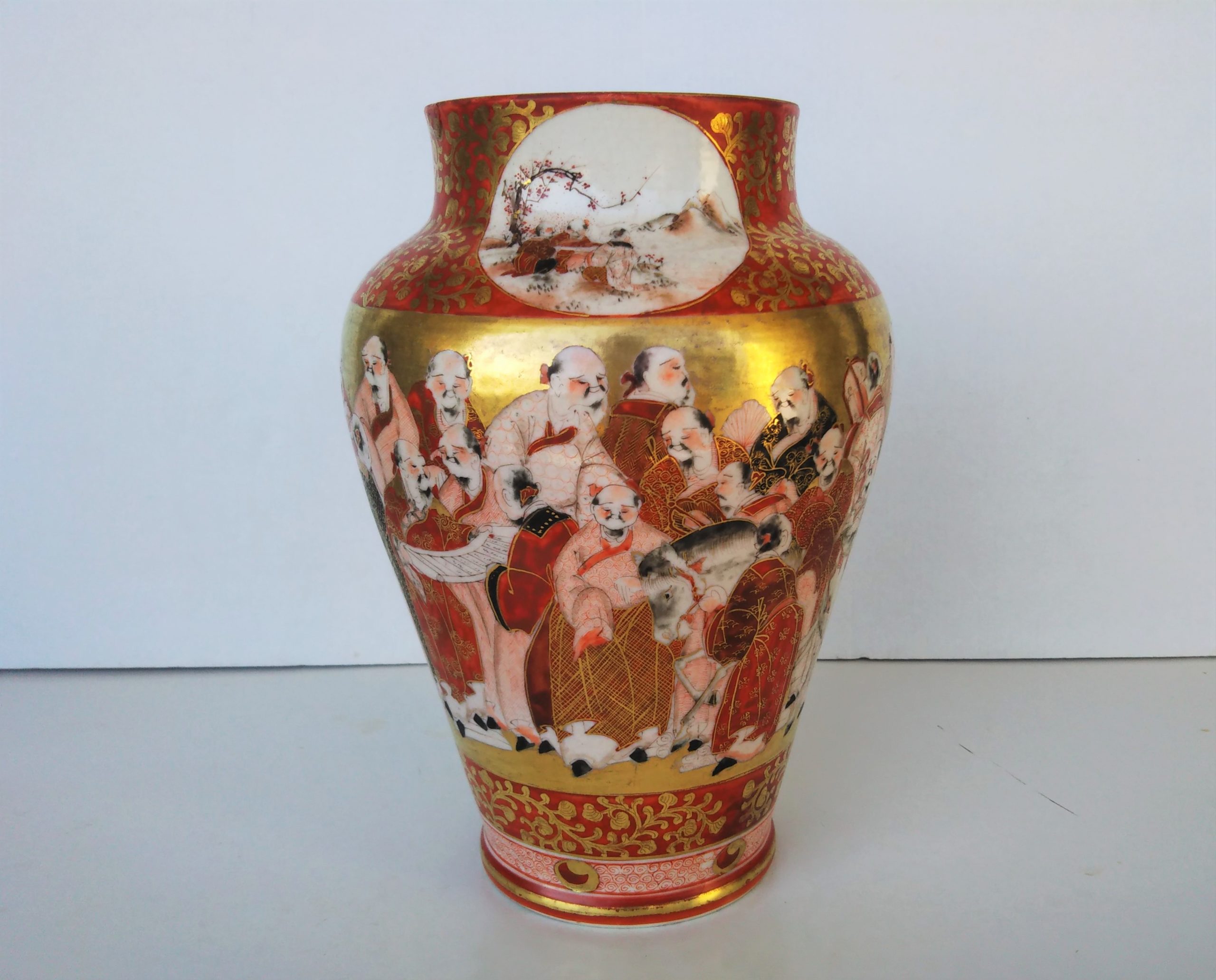 This figure was popular until the middle of the Meiji period, and even if 100 people were not actually drawn, it was called a figure of 100 old men, while master craftsmen had their own ideas for how to draw them. So, it is said that one painter drew them like a hermit or another drew them like a scholar. 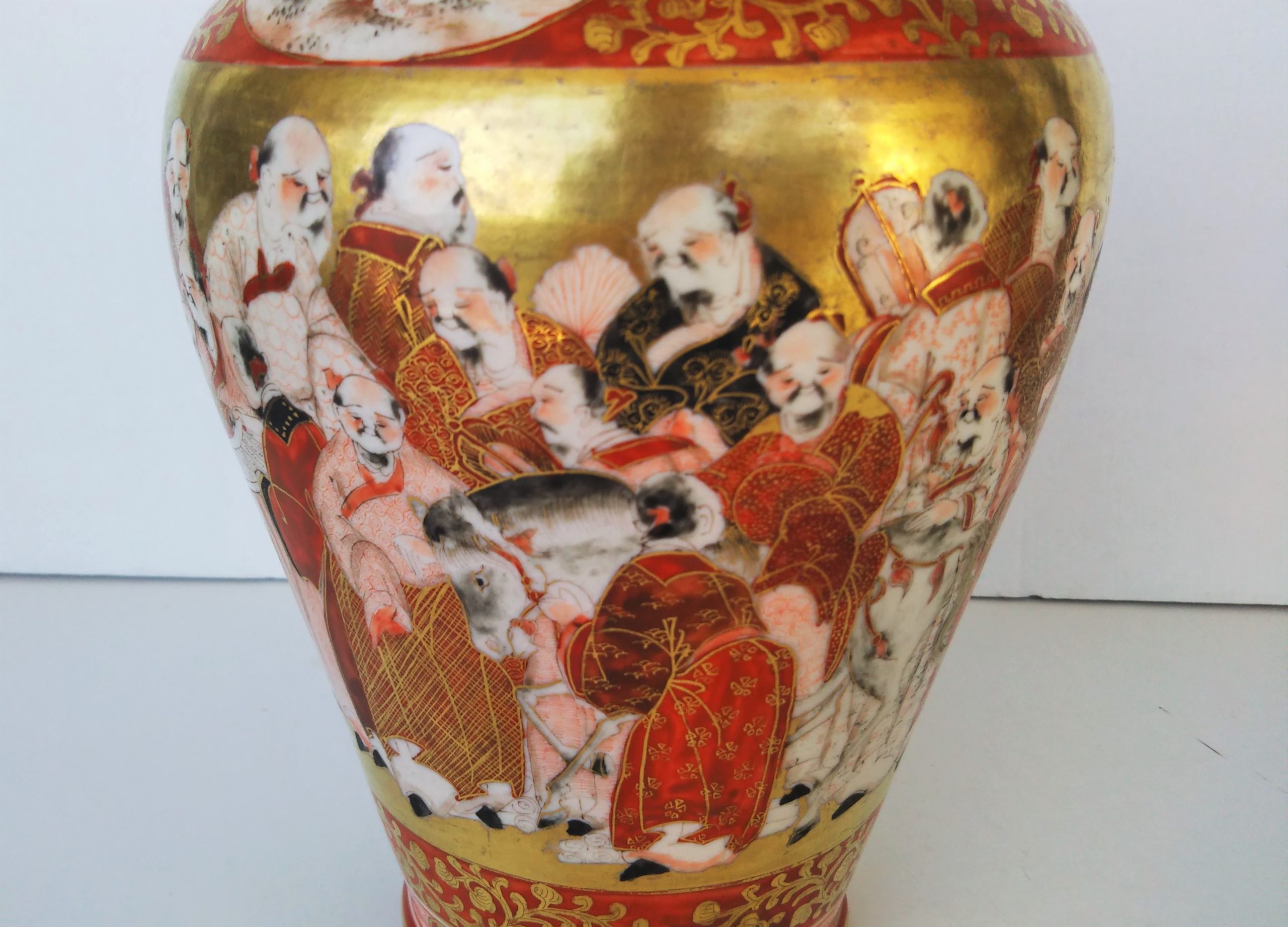 It is said that the figures might be seen as a hermit or a scholar because it was a design that means auspiciousness (longevity or prosperity), and the figures were painted on vases, big bowl, sake bottles, cup and saucers etc. This creator also designed various figures and drew a design of “thousand scholars” on this vase.

You can see the unique way of drawing in this vase. The arrangement and appearance of the old men who seem to be scholars are different, and it will be fun to see them. The creator changed the facial expressions of each of them, and added a scholar with a horse and a child. 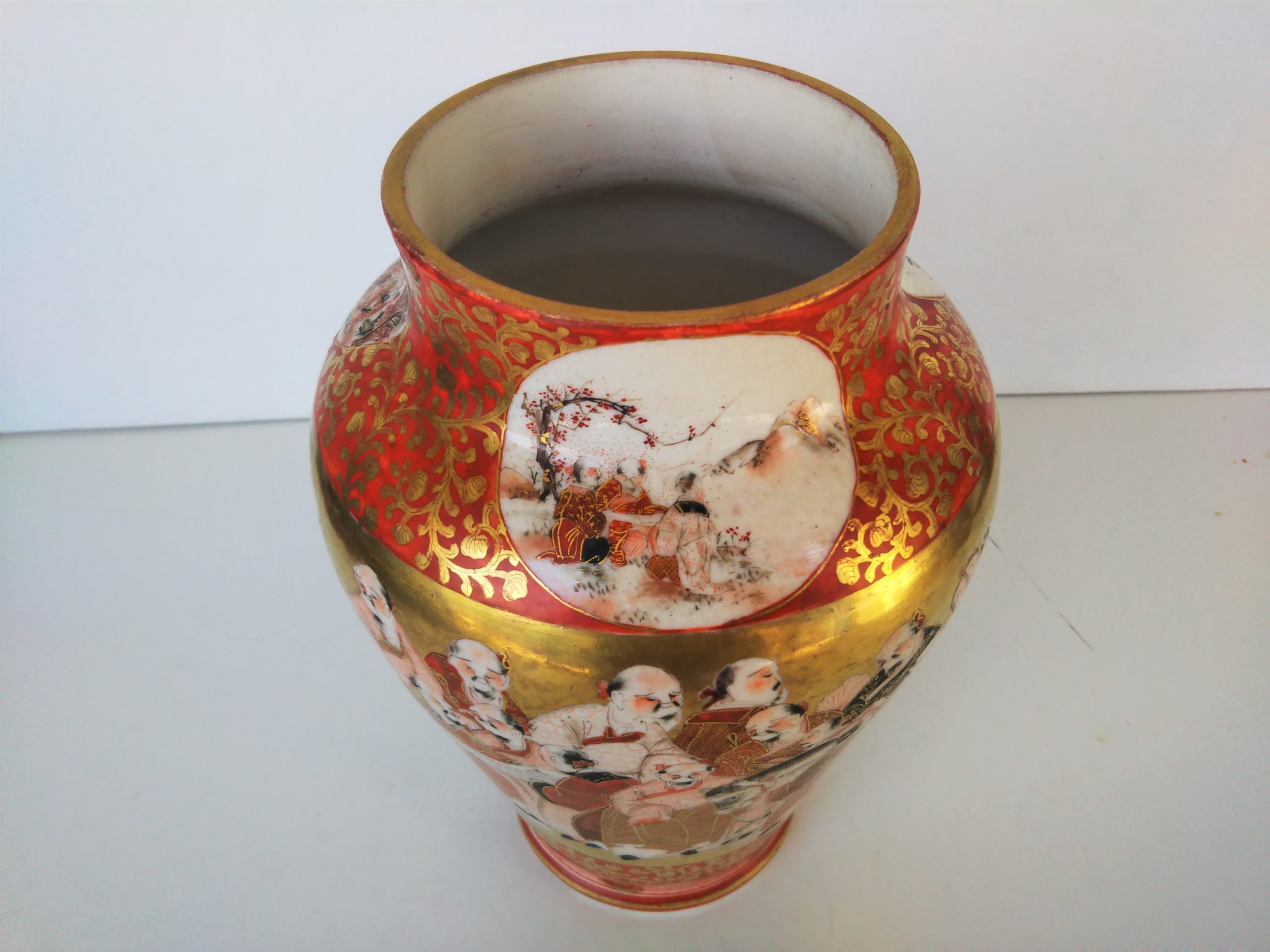 This vase, which is about 20 cm in height and has a large mouth, is molded so that the lower part of the vase becomes to be tapered as it goes down, while maintaining the uniform thinness of the body. The vase is molded so that it became wider as it went up, and it is thought that the creator tried to draw some old men in a large size. 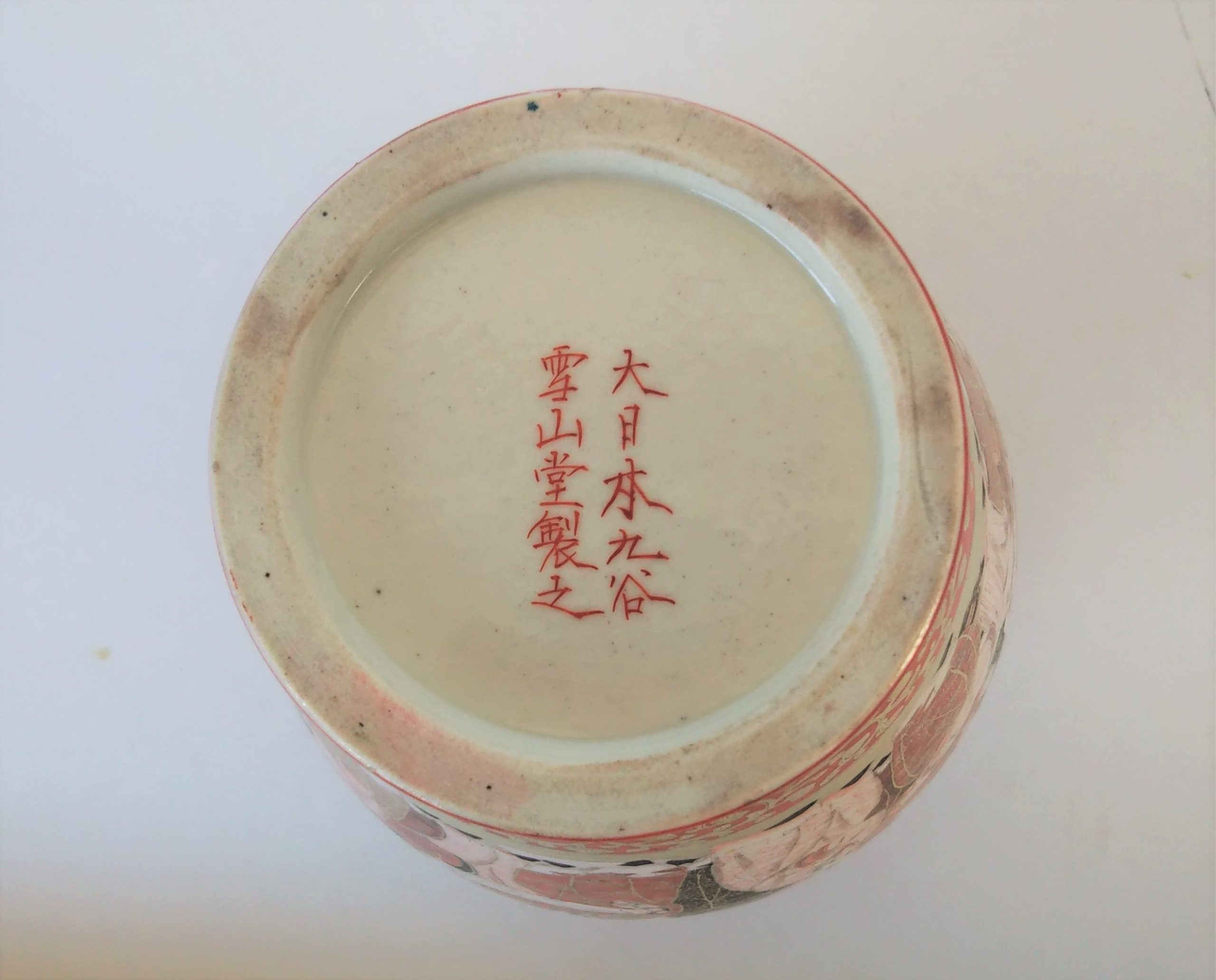 The back name is written in red as “大日本九谷Dainippon kutani / made by 雪山堂made by Setsuzan-do”. It is considered that this was an export product because the name of the country of origin and the place of origin are clearly entered.

Akamaru was one of the master craftsmen of kutani, Kanazawa, from the early to mid-Meiji period. He was active as a professor of porcelain painting at the Ishikawa Prefectural Laboratory and at Ijun-sha (painting factory) managed by Utsumi Kichizo (内海吉造).

In addition, since he was listed as a painter in the works of Inoue Shoten (井上商店) a pottery merchant in Daishoji, Enuma-gun, it can be said that his fame was high.

Mizuta Seizan (水田生山), one of the master craftsmen of Meiji kutani, was one of disciples of Akamaru.