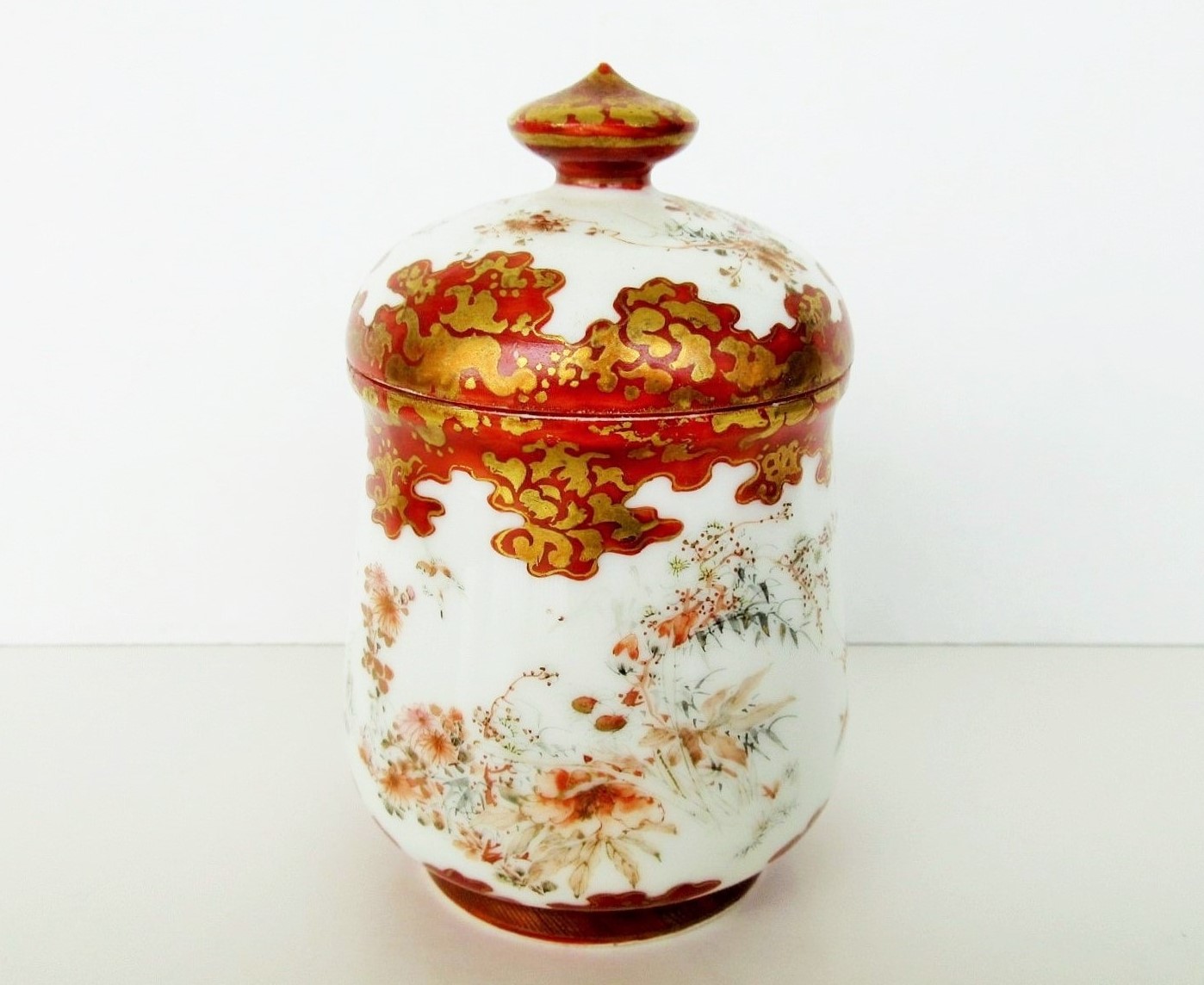 The small pot looks like a rather large teacup with the lid, but it is believed that these small pots were exported to the Westerns for use to store candy and bonbons. The entire surface of the pot, including the lid, is decorated with bird-and-flower figure with brocade background. 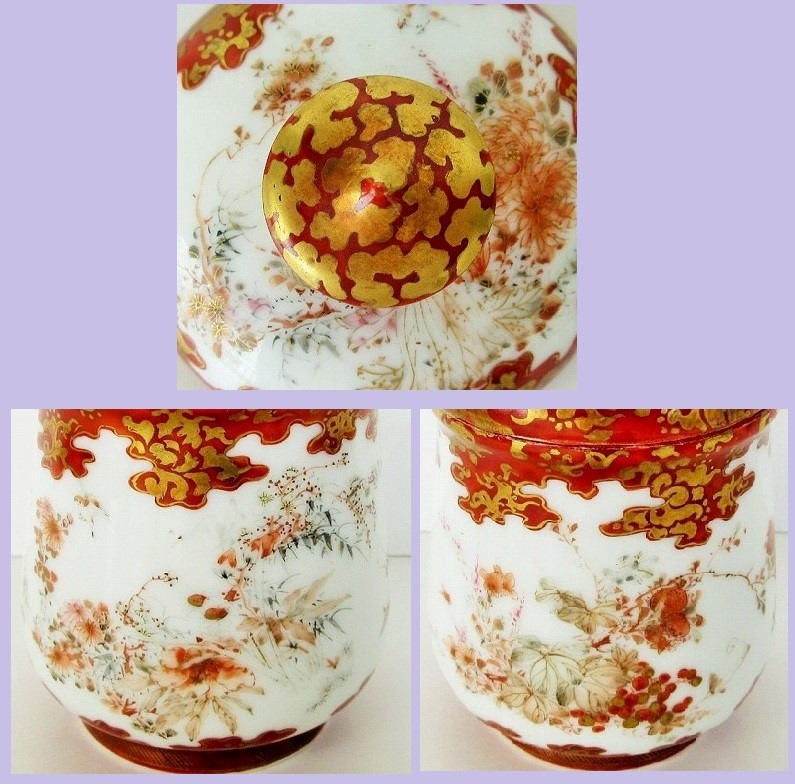 This bird-and-flower figure is drawn in details on the entire surface, as is often seen in the export kutani that Ennaka Magohei (円中孫平) pioneered in the early Meiji period, so it has a taste like a Japanese-style painting and is finished to the detailed Meiji kutani. 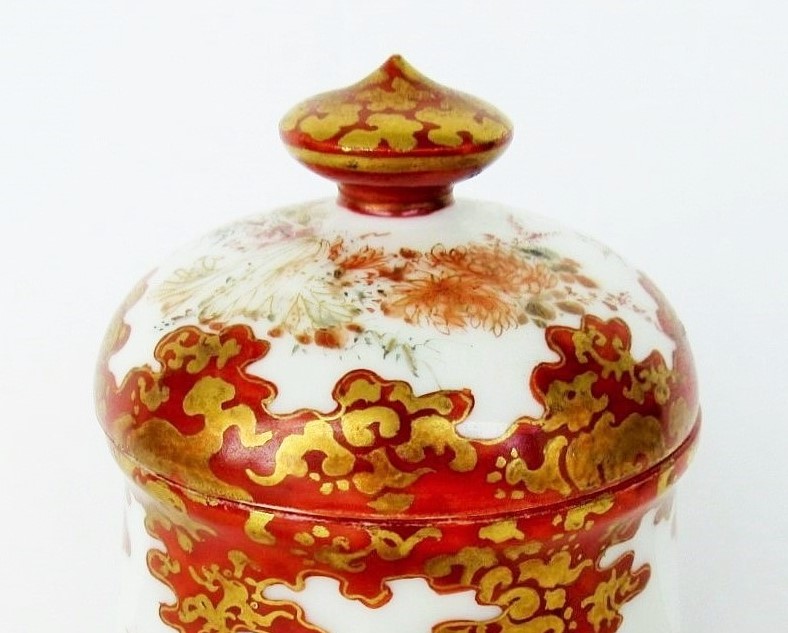 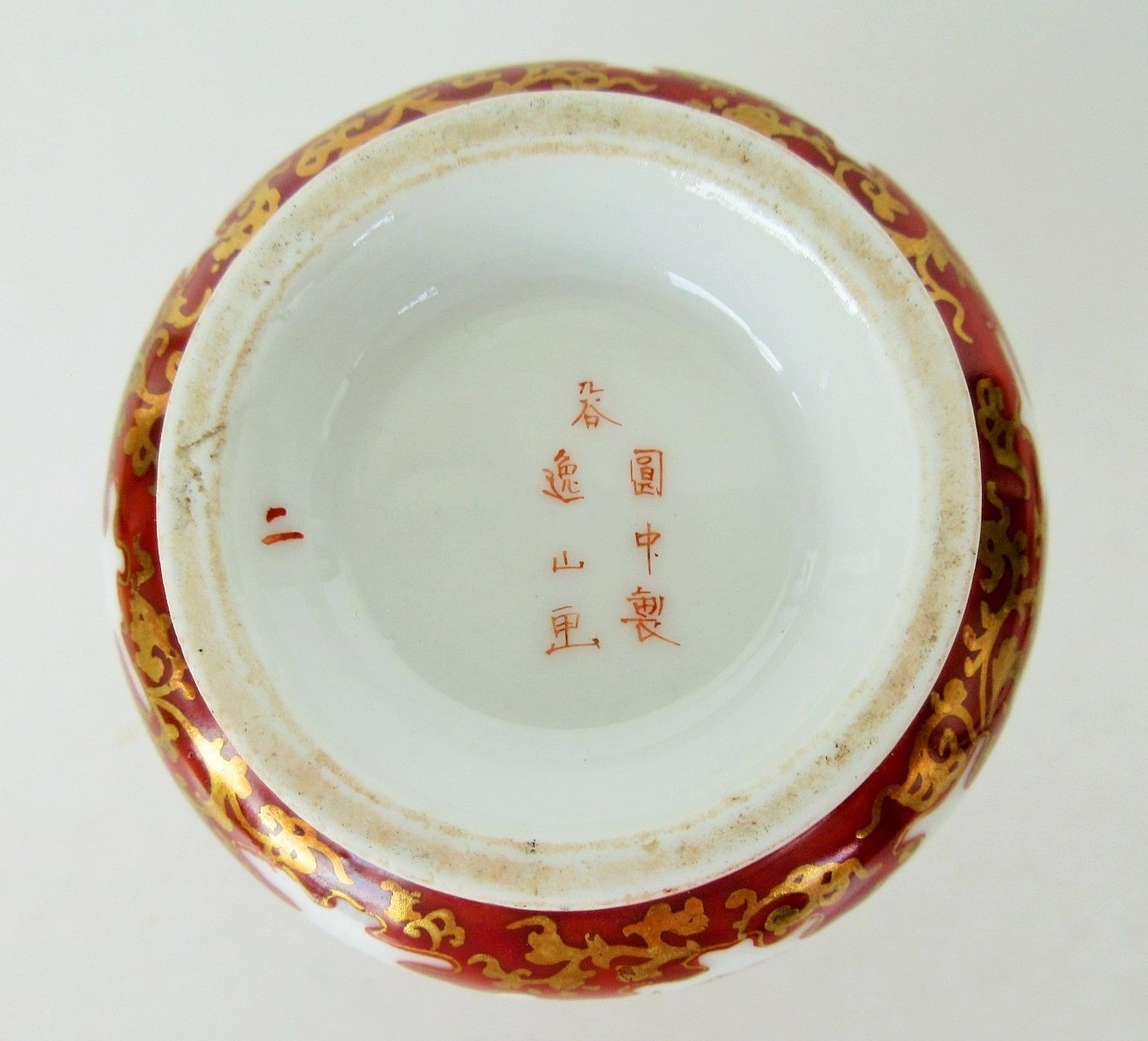 The back name is written as “produced by 円中Ennaka / painted by 逸山Itsuzan”. Ennaka was one of the pioneering pottery merchants in the early and middle Meiji period, and it is said that Ennaka asked painters to quickly incorporate Western tastes into their porcelain painting.

In addition, the fact that the creation was asked by Ennaka (円中) and big pottery merchant Watano Kichiji (綿野吉二), who carefully selected excellent Meiji kutani and exported it, shows that Hatta was one of the master craftsmen of Meiji kutani. Therefore, his works such as aka-e and brocade are handed down as masterpieces.