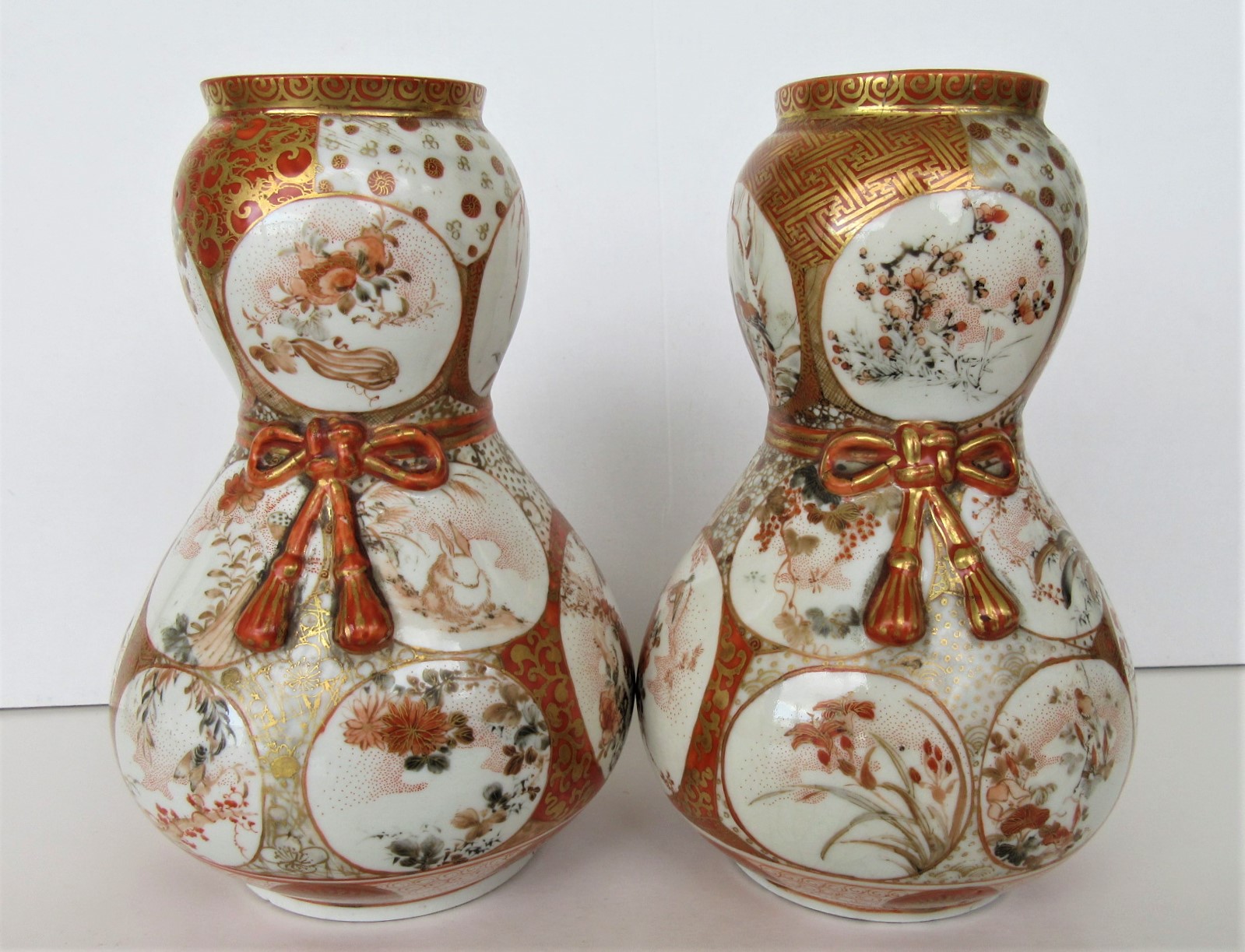 Both of vases are finely painted with flowers of the four seasons like Japanese-style paintings, and the gourd-shaped molding is also thinly finished. It is thought that this is because the creator studied the painting of kutani from an early stage and learned the molding from several famous potters. For that reason, it seems that this pair of vases was exported to the Westerns and placed on the mantelpiece attached to the fireplace seen in the living room of the mansion. 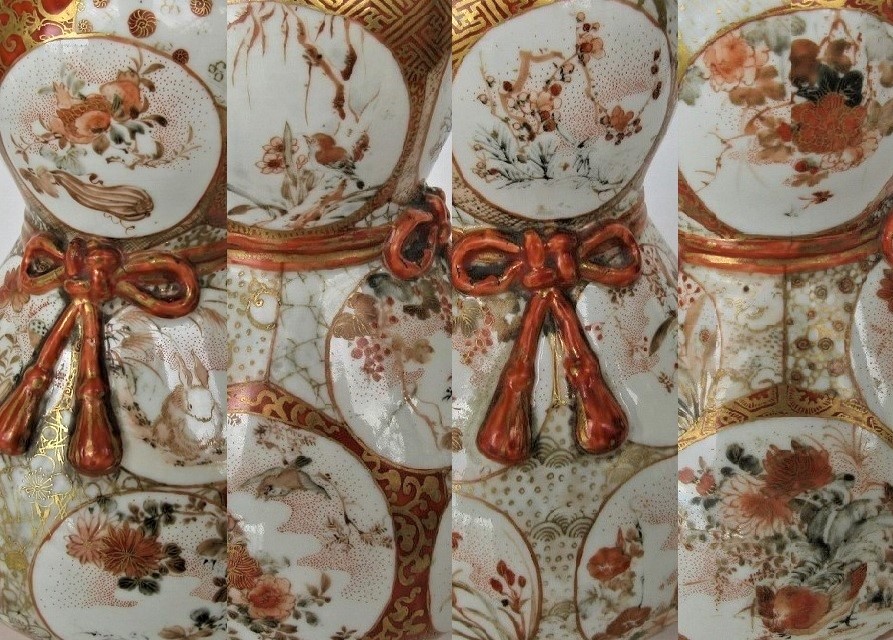 Various seasonal designs such as flowers, small birds such as warblers and sparrows, cicadas, rabbits, chickens, loofahs, etc. are drawn in detail, so even this vase might be placed on tokonoma (a recessed alcove in the room of the Japanese house). Since the composition is well thought out. People would enjoy the various scenery of the four seasons and the favorite designs by selecting the direction of the vase. 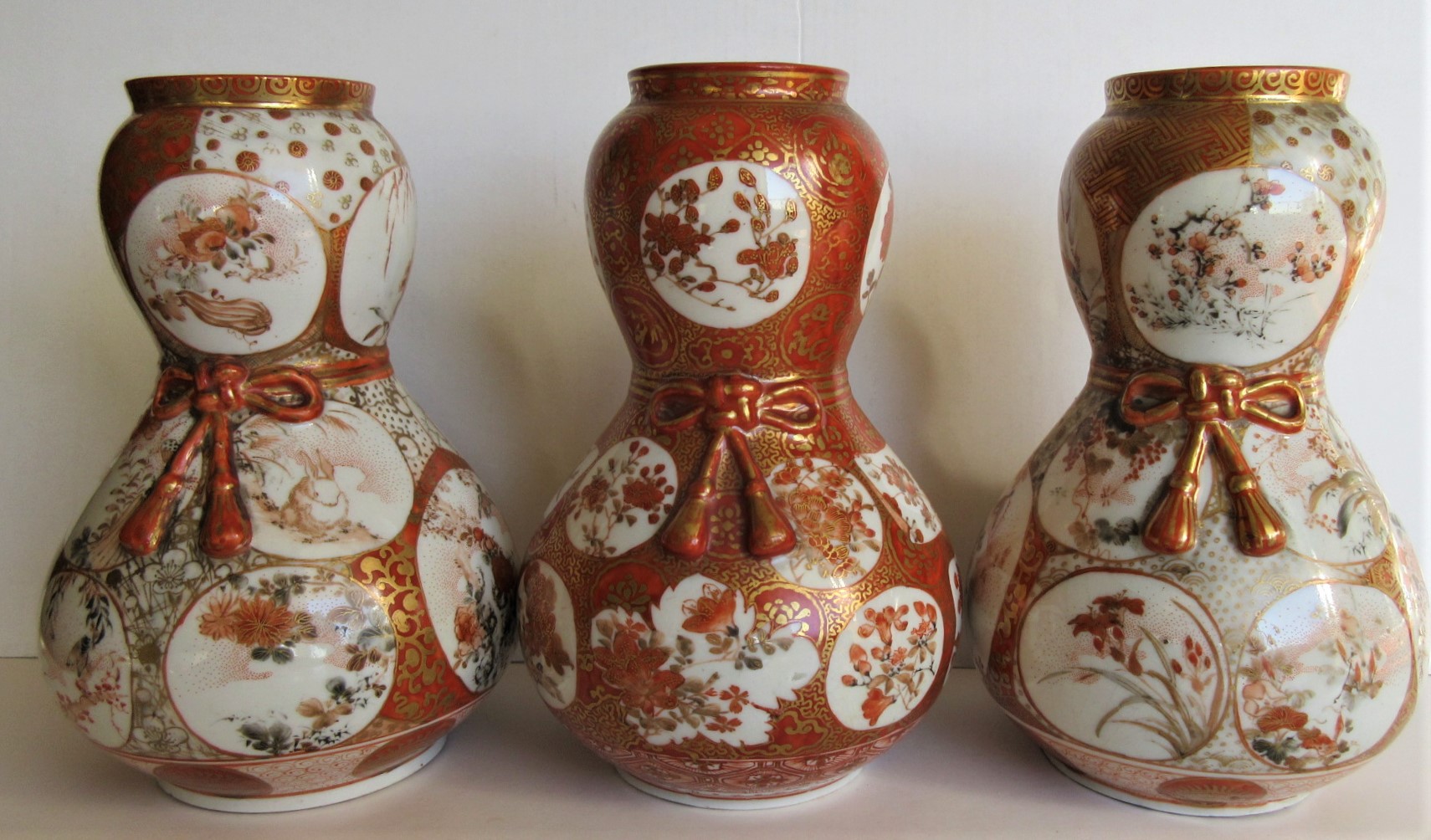 The shape is gourd-shaped, and the string bunch that comes with the gourd is also attached, and the overall shape is thin and beautiful. It is thought that the creator was familiar with the body-making, and it seems that the creator chose two of them and painted them. As shown in the image, it is a work painted on the same body as this pair of flower vases, so it is probable that a highly skilled potter made several preliminary pieces of the same body. 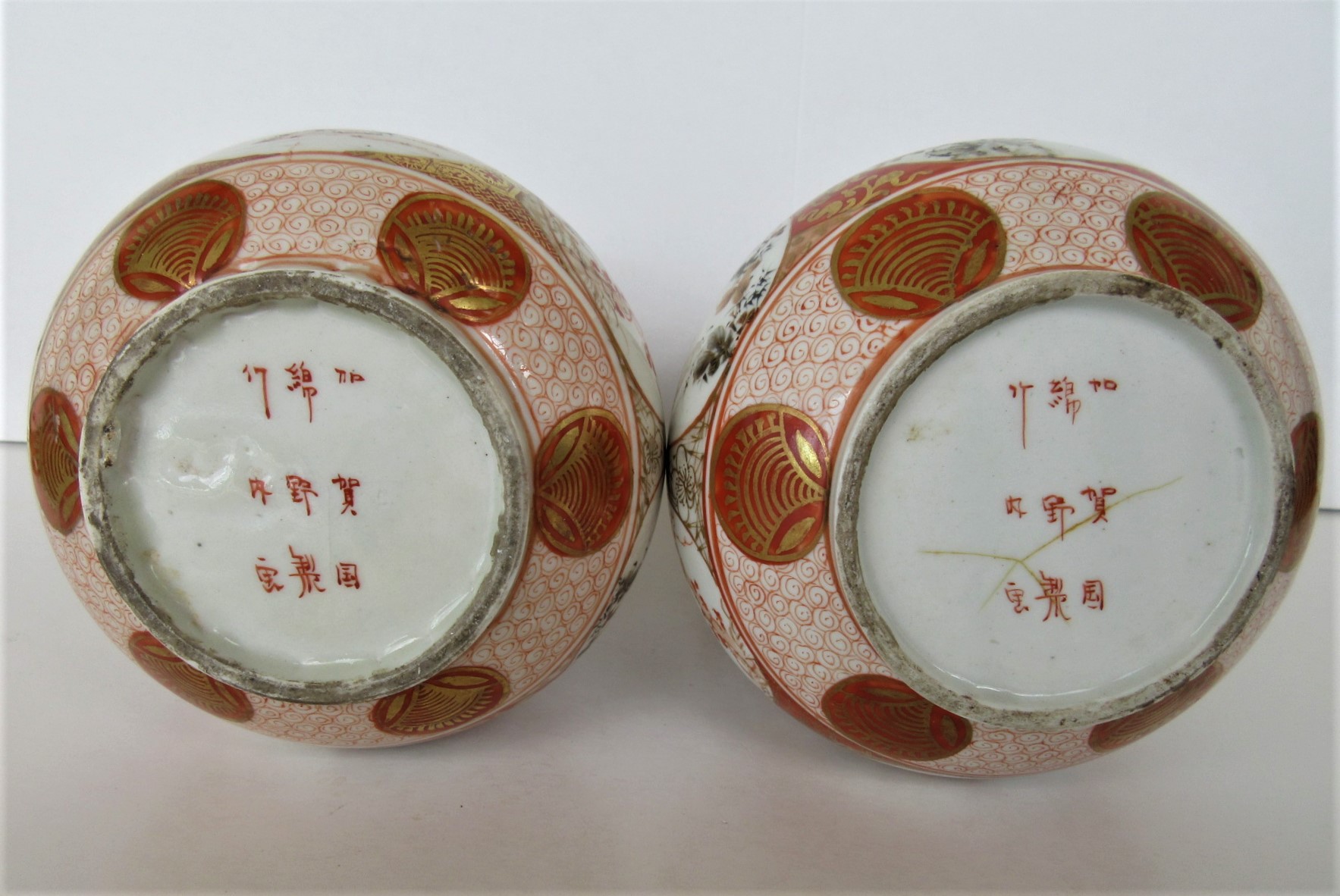 The back name is written as “加賀Kaga / produced by 綿野Watano / painted by 竹内Takeuchi”. Watano Kichiji, who was called a great merchant among pottery merchants, asked many master craftsmen to create the works and sold them with the “Watano” brand, so the work with the back name of a painter is rare.

Takeuchi Seizan is said to be a master craftsman of Kanazawa kutani, and was active in the middle of the Meiji period and his store name was named “誠山堂Seizan-do”.

Takeuchi joined Ijun-sha because Utsumi Kichizo (内海吉造) started his painting business, and was engaged in painting kutani for export in Kanazawa kutani. After that, he started the painting business independently and made a lot of brocade works.