Sake-bottle is considered to be produced in the latter Meiji period because it has a slender shape and the whiteness of its body, and the novelty of the paint stand out. A single bamboo that stretches out in the center is briefly drawn, and is surrounded by green plants, and a red dragonfly rests its wings at the tip. It is just a Japanese painting. 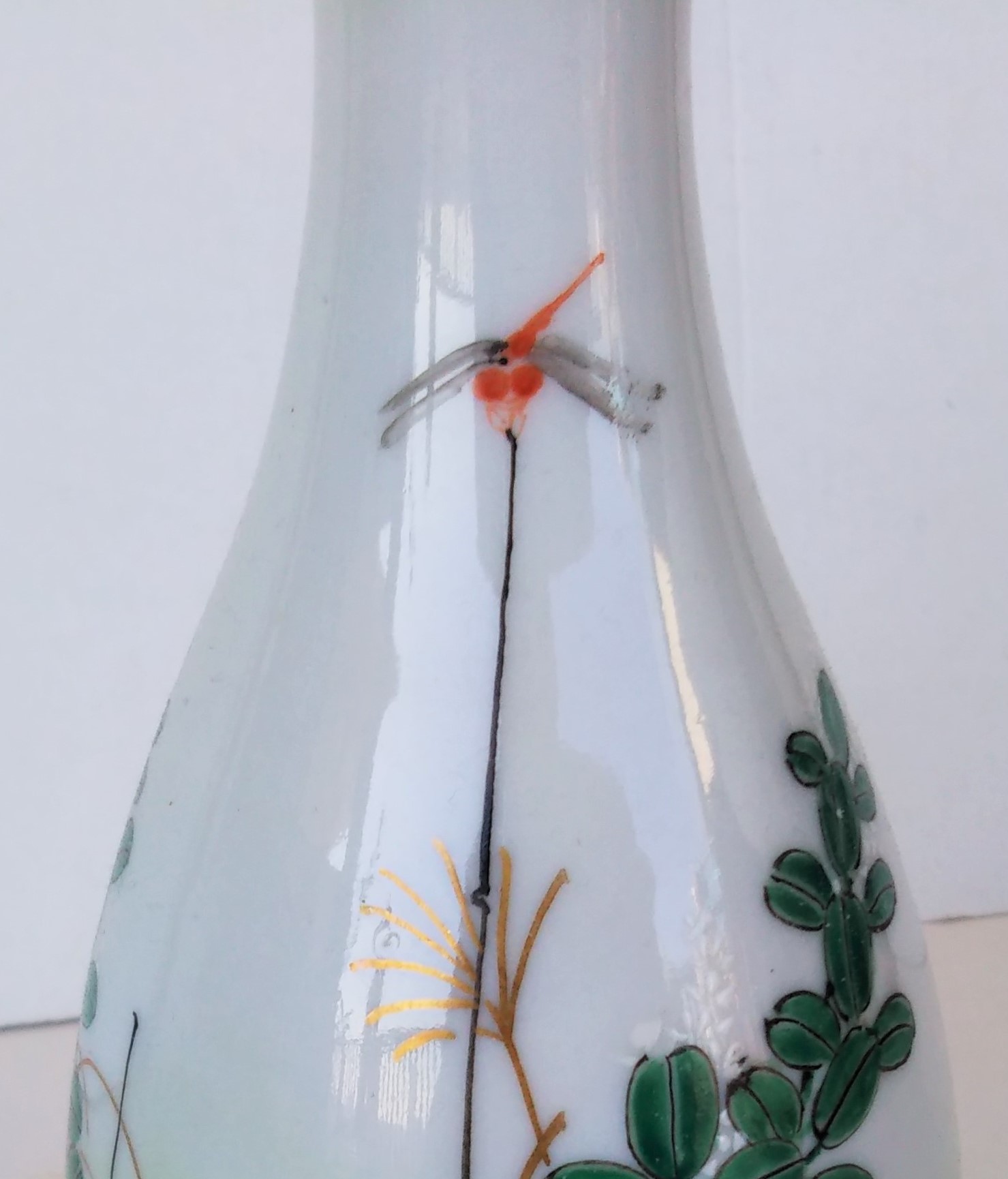 The dragonfly was an insect that was used as a painting and family crest for a long time. The red dragonfly, which opened its wings horizontally when it got caught in something, was named “emissary with a red robe” or also called “victory messenger”, so a red dragonfly was favored by the warlords who carried the luck. When this work was made in the latter Meiji period, which was a long time after that time, it seems that after a red dragonfly flew in a wide space, it was held by a pale green plant and rested, giving a peaceful atmosphere. 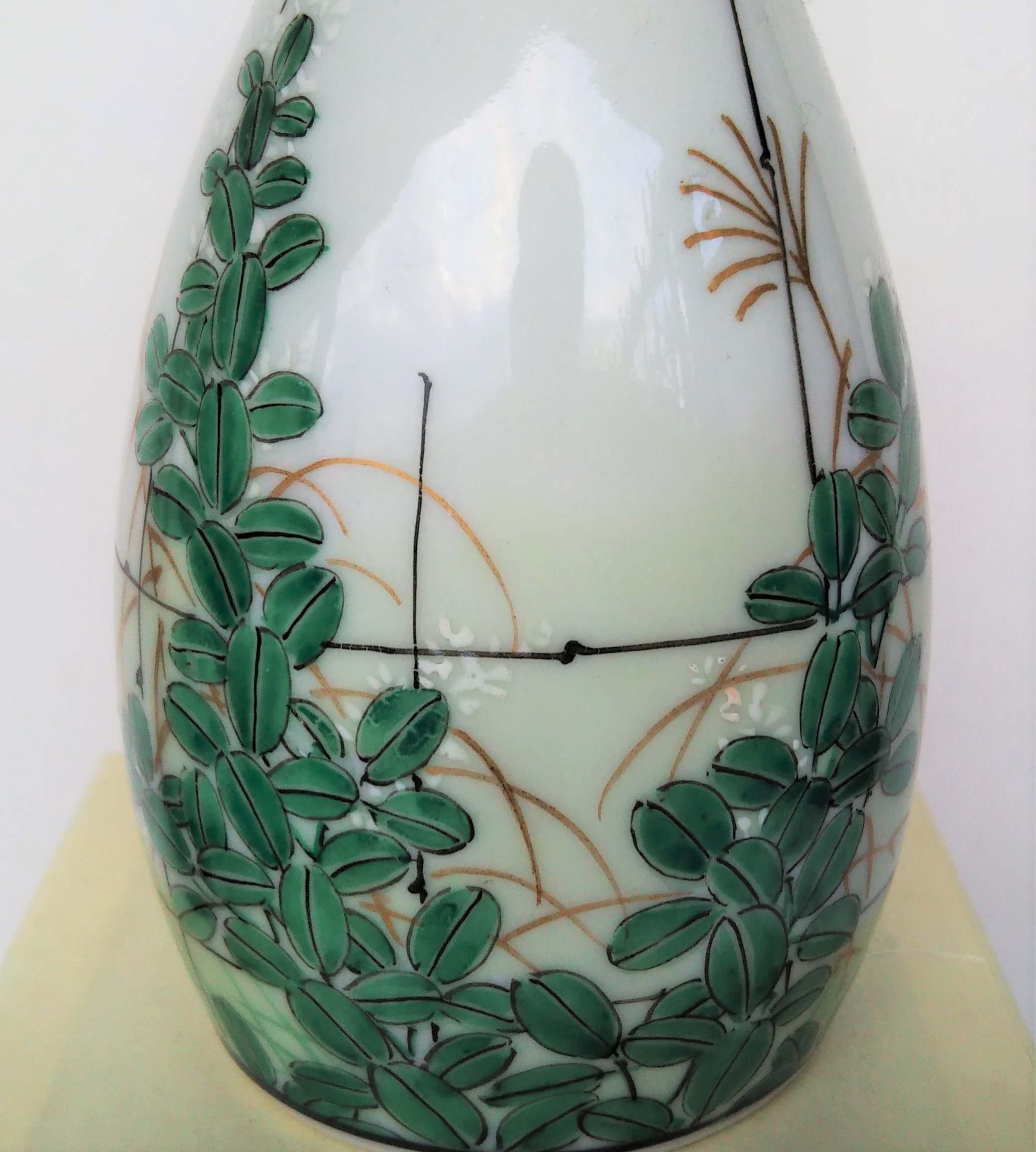 The plants are drawn in pale green. When a famous kutani creator said that these leaves were painted with Japanese paint, and they become even more transparent. In the period when Western paints were in full bloom, we could have the feelings of the creator who were particular about the colors of ao-kutani. 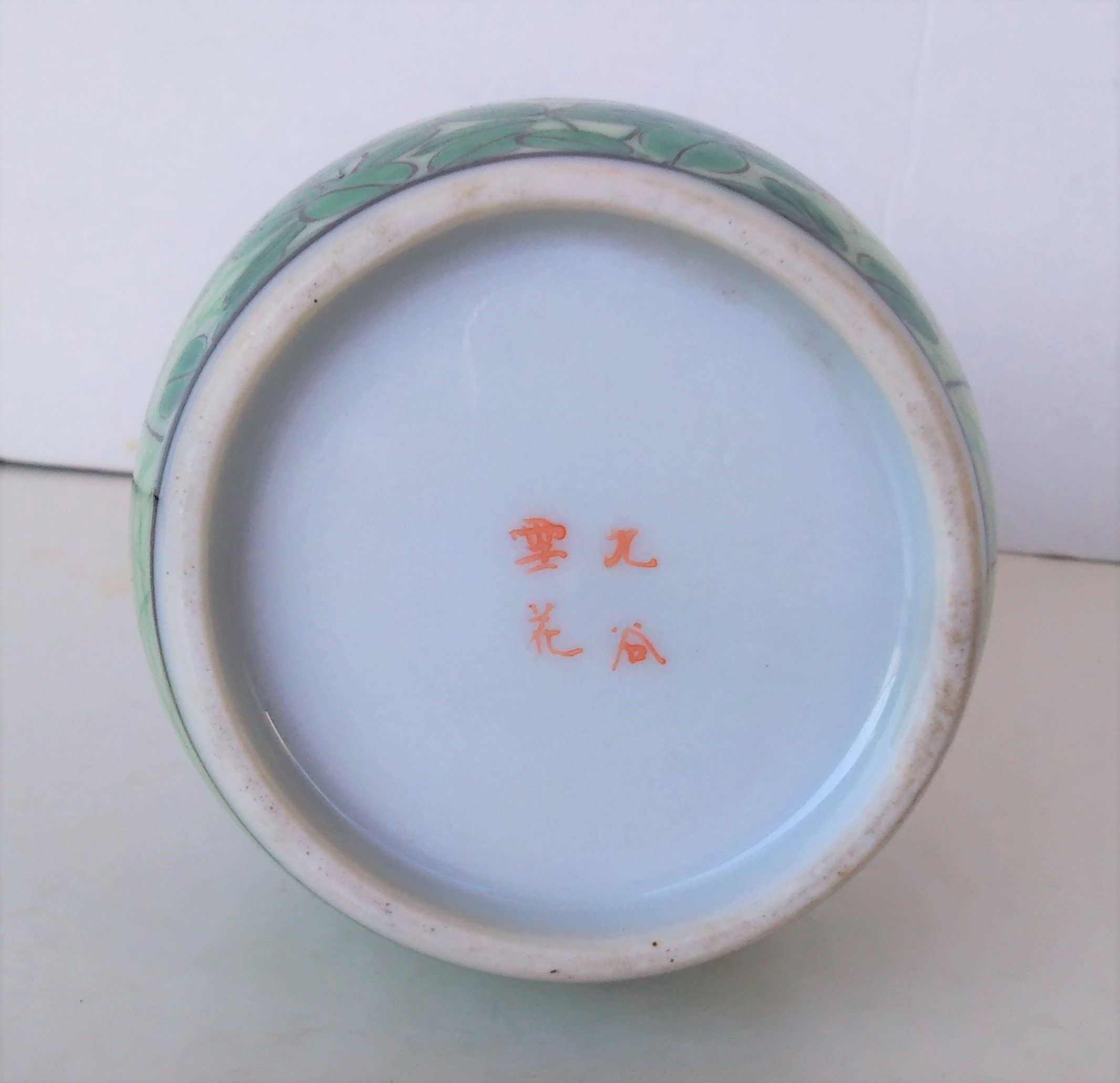 The back name is written as “九谷kutani / 雪花Sekka”. It is unusual to be written in the same color as red dragonfly.

Aikawa learned porcelain painting from Iiyama Katei (飯山華亭) and named myself “雪花Sekka”. Aikawa was one of the master painters of Kanazawa kutani, along with Ishino Ryuzan (石野竜山) and Mizuta Seizan (水田生山) . In 1928, he won a prize with Ishino Ryuzan at the Taisho Expo in Kanazawa, and was a master craftsman who was asked to exhibit at the San Francisco World Exposition in 1918.