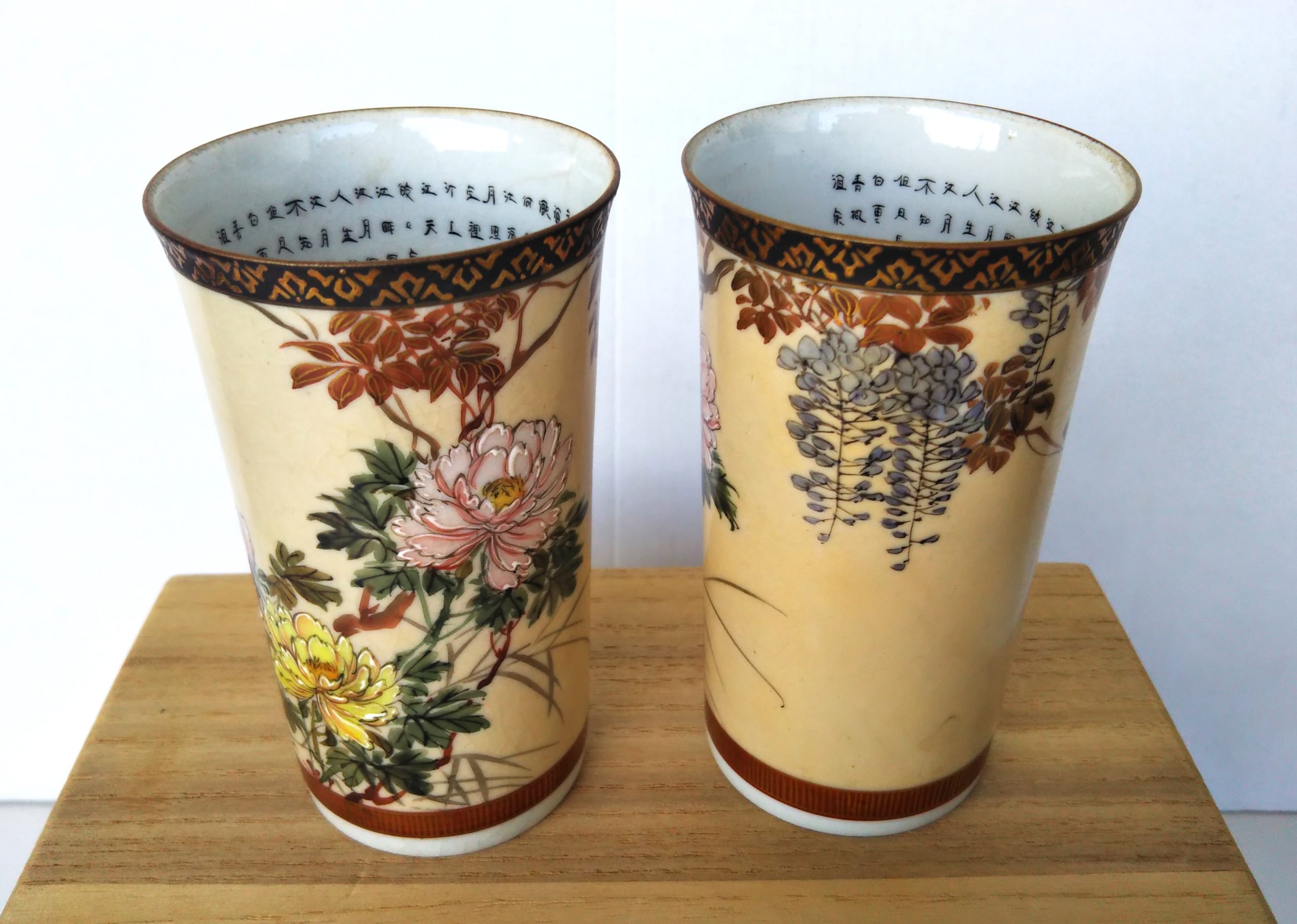 On the inside of the pair of sake-cups, Oda Seizan wrote fine Chinese poetry, and on the outside, a large peony flower and wisteria flowers are drawn in colored style. It is a very quaint work. 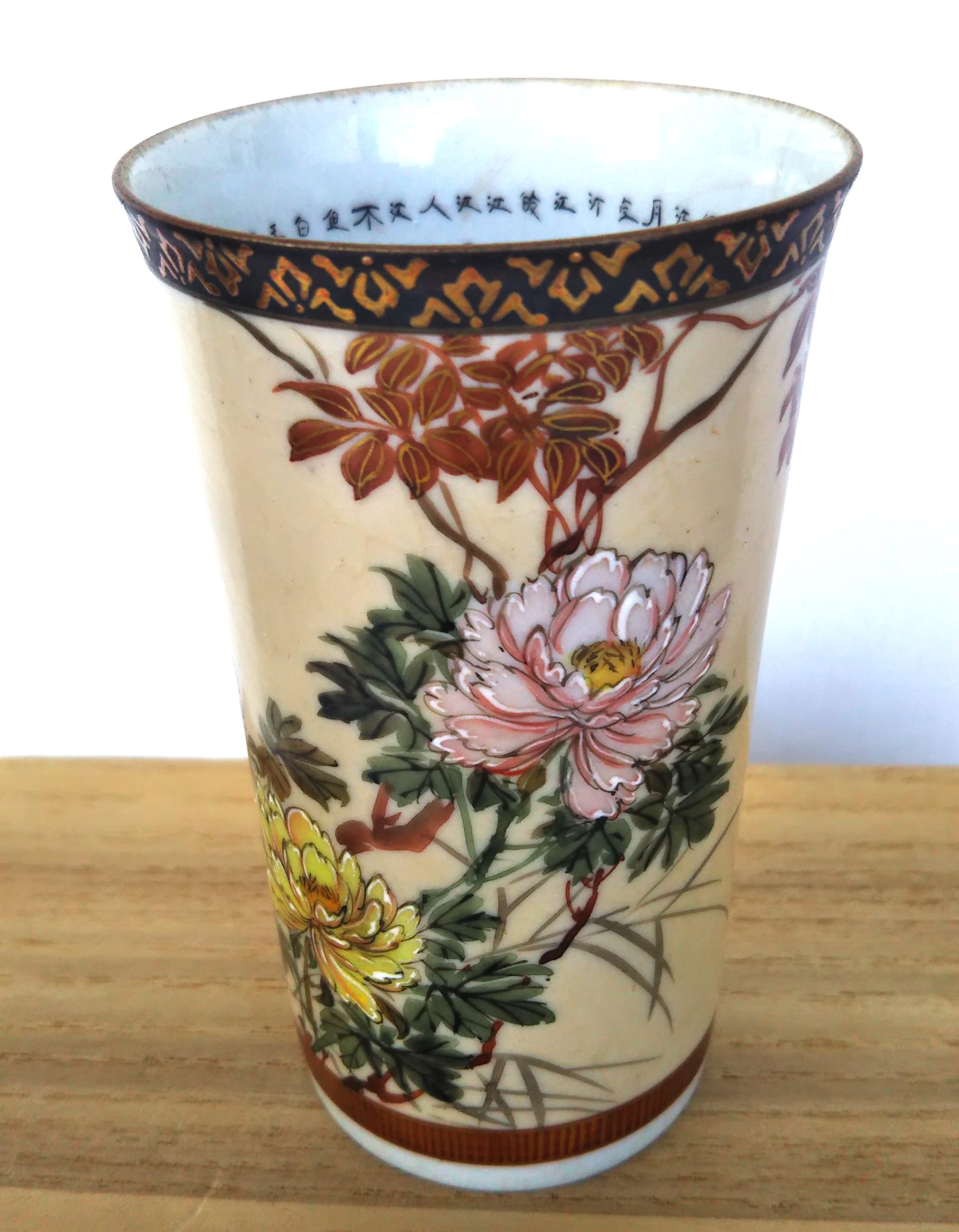 The large peony flower has a three-dimensional effect on the petals due to the glaze, and there is also a pale pink gradation, which makes it appear to float on the blurred shade body. Oda learned porcelain painting from Higuchi Yasaburo who was a master of Sano aka-e, but it seems that this color painting was done by another painter in Kanazawa.

This Chinese poetry is called “春江花月夜” included in “Tang Poetry Selection”, and it is a poem about the flowers blooming on the riverside in spring and the night view illuminated by the moon. This Chinese poetry is also written inside the sake-cup by Takahashi Hokuzan, which suggests that Oda had a point of contact with Takahashi. 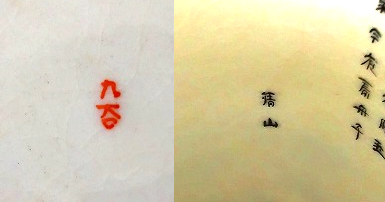 The back names on the cups are written each as “九谷kutani”, and “清山Seizan” is written in the last line of the inner Chinese poetry.

Oda Seizan was born in Sano Village, and he first learned porcelain painting from Higuchi Yasaburo who was a disciple of Genpei Nishimoto, a disciple of Saita Isaburo, but from 1894 Oda began writing fine Chinese poetry on sake-cups, teacups, etc. The following year, he received the instruction of fine print from Nomura Zenkichi in Kanazawa. He went to Kanazawa in 1900 and started working on fine print in earnest. In 1912, he began to write Hyakunin Isshu (百人一首) in cursive script. It became a skill of Meiji kutani and became famous as a fine print by “清山Seizan”.