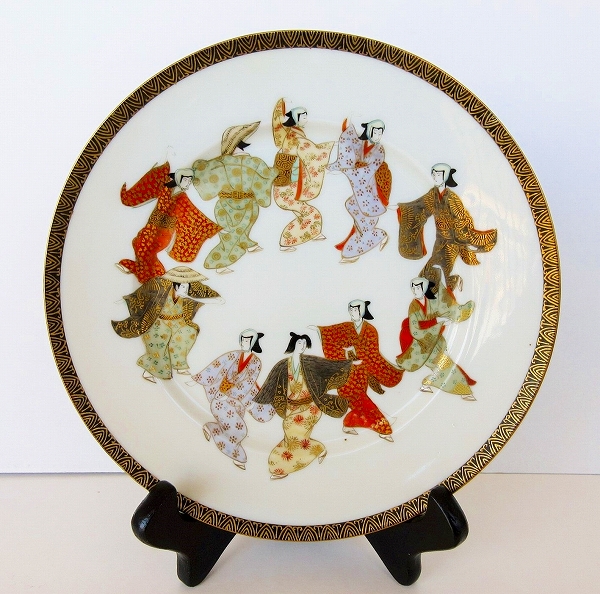 It is a rare design among kutani. It is a design only for people who dance in a circle. The people is drawn according to the round shape plate. It is a rare item that cannot be seen even in the latter half of the Meiji period, but it is unknown what idea it was created from, and it is an interesting design. It seems that the motif is not on painting models, and that the creator of this work picked up what he saw in his daily life. 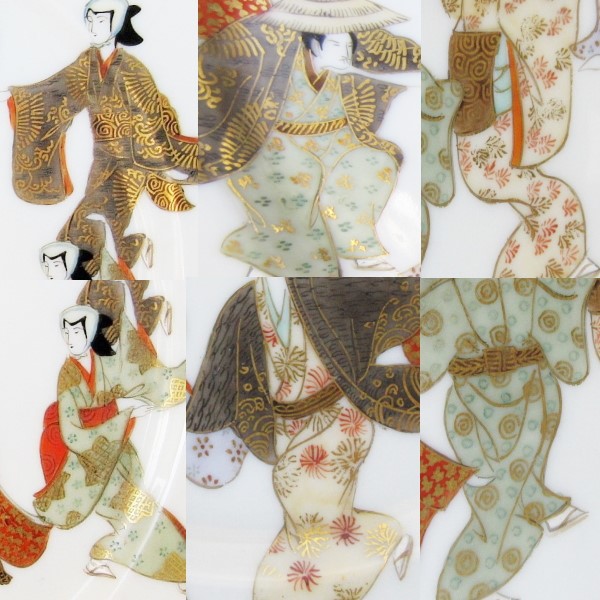 Each dancer is in the form of a kimono, wearing a hat or headgear, but probably looks like an entertainer in terms of how to wear the kimono. The pattern of the kimono is fine and this design has something like a genre painting that was a mirror of the times, so this design has novelty. 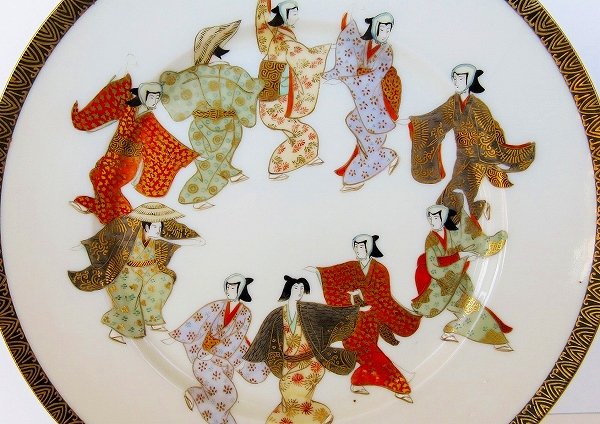 The appearance of the dancers is so many people, so many minds, but it seems that the dancing people is connected in a circle. It is believed that the creator had his intention to give the design a sense of dynamism. 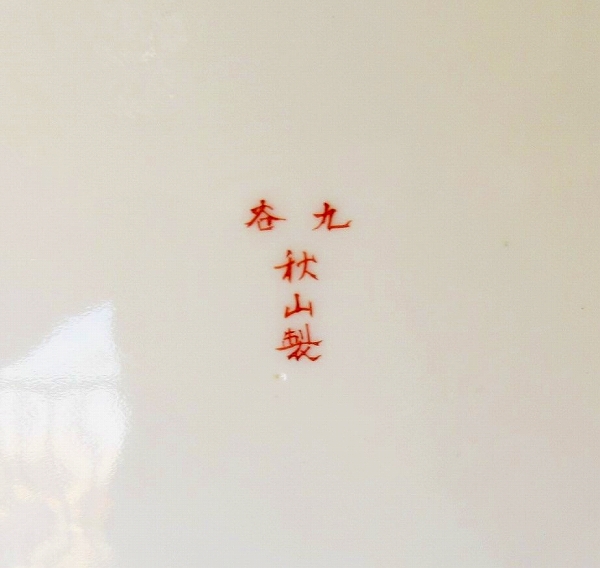 The back name is written as “九谷kutani / made by 秋山Akiyama”.

Akiyama Komajiro was born as the second son of a samurai of the Kaga domain. In 1875, he was educated in the department of porcelain production at the Ishikawa Prefectural Laboratory, studied with the first Suda Seika (須田菁華), and completed studying in 1880. In addition, he studied more Japanese painting and then got a job at Fujioka Iwahana-do (藤岡岩花堂).

In 1883, he moved to the painting factory “松雲堂Shoun-do” managed by Matsumoto Sahei (松本佐平), and in 1888 he became the son-in-law of Sahei’s brother-in-law. After that he was the chief of the factory until it closed in 1908.

When “Shoun-do” was taken over by the first Matsumoto Sakichi (松本佐吉), who was adopted by Sahei, Akiyama became the factory manager and it is said that he himself produced excellent works.