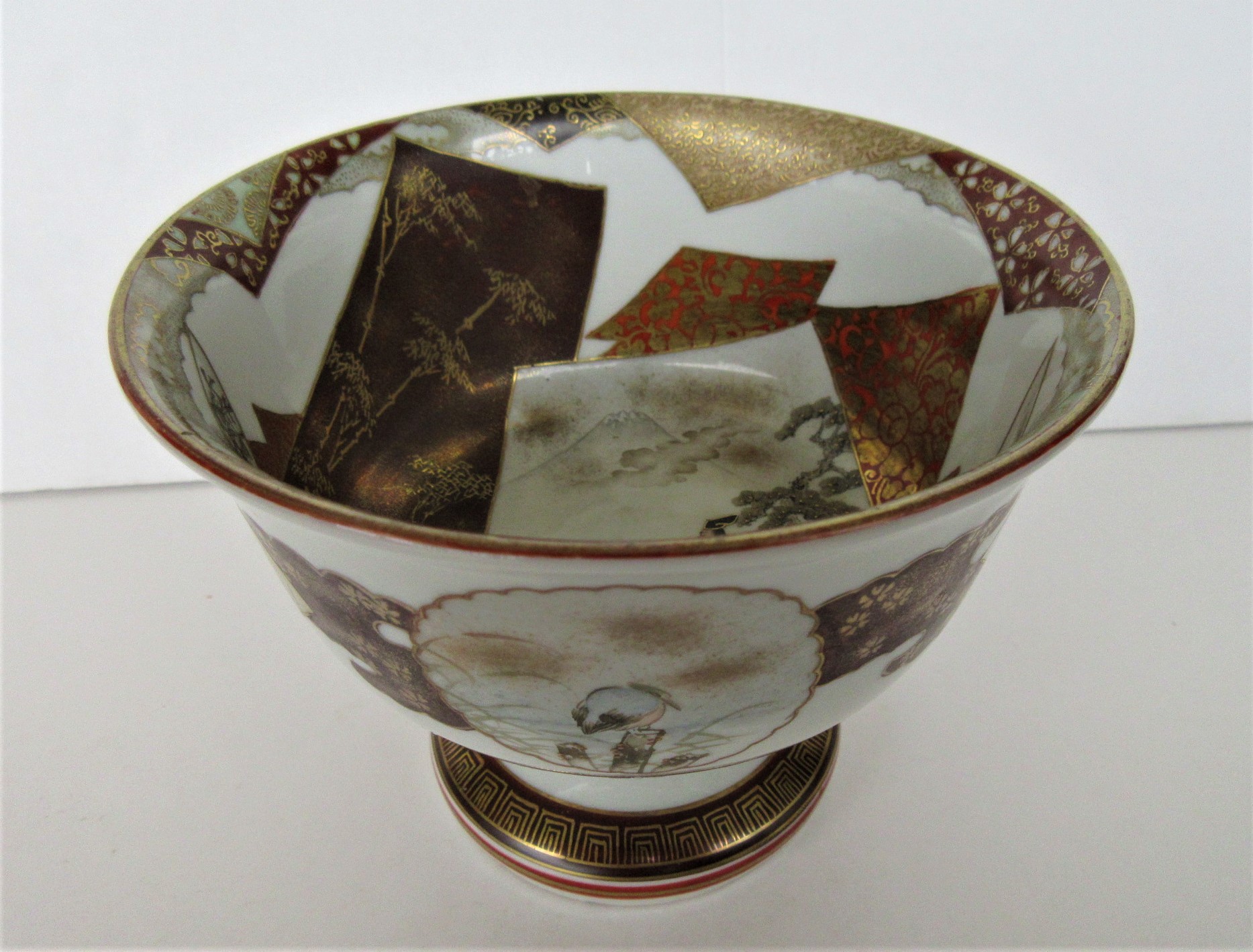 Inside of the bowl with pedestal (bowl for washing sake cup at the banquet), the designs and patterns are drawn in sikishi (thick square paper for writing waka poems and haiku) and double diamond-shaped paper, which seems to be pasted, not in panels or window frame that were popular in Meiji kutani.

This drawing style is one of the drawing methods of Japanese-style paintings that were well known from the Edo period to the Meiji period, and in order to visually decorate waka-poems, sikishi, fan shaped paper or other papers processed with dyes and pigments look like they were pasted. Such a drawing style is also used for the painting of this bowl. 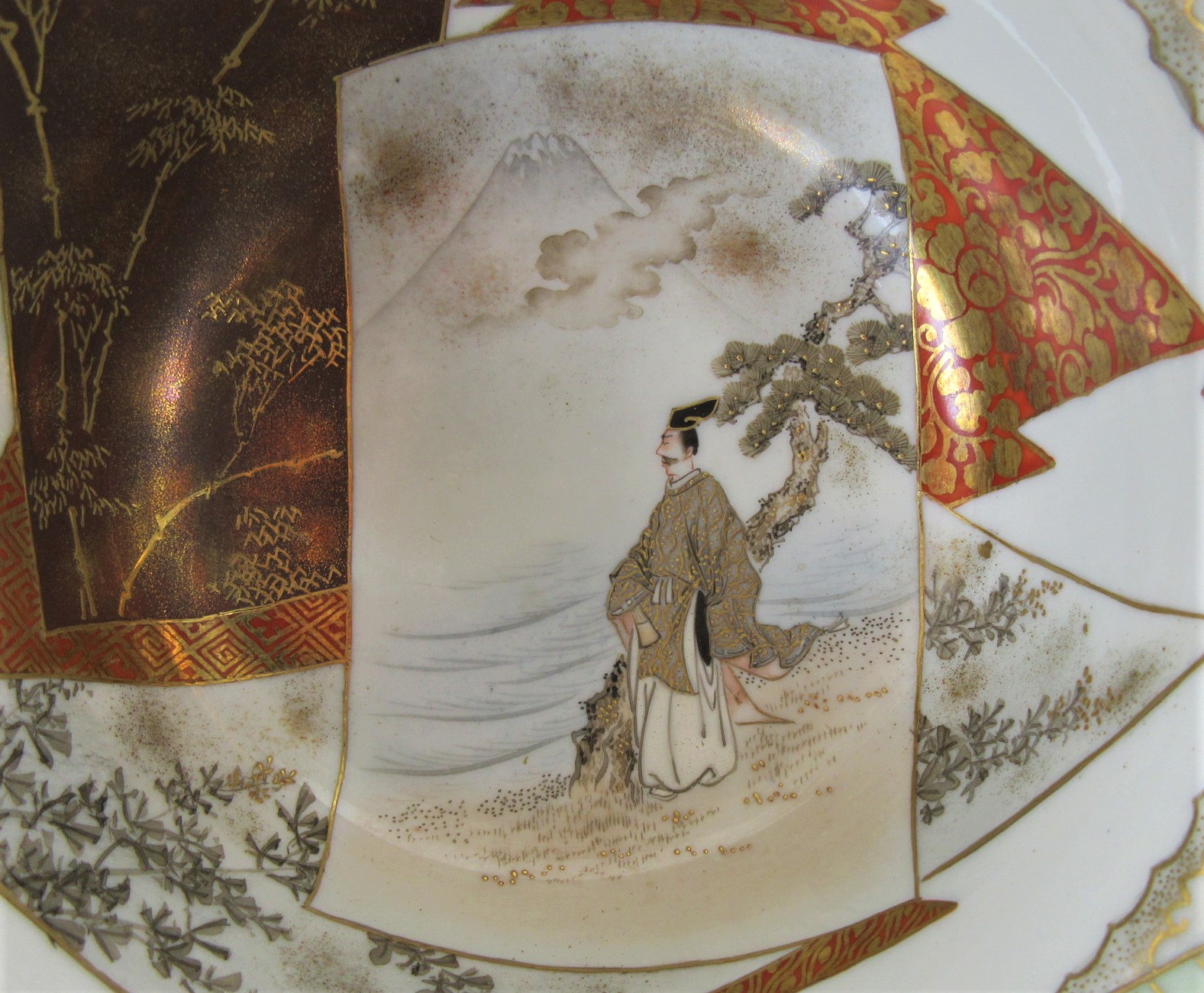 In this design, one person is looking at Mt. Fuji in the distance under the pine tree. Ise Story (Japanese song story established in the Heian period 794-1185) has sikishi which Mt. Fuji is drawn on, so it is guessed that this person is a poet who appears in “Kokin Wakashu” (collection of Japanese poems selected by the order of the emperor in the middle of the Heian period) and “Ise Story”, and he was one of 6 masters of waka poems. His name is Arihira Narihira. It seems that the motif of this bowl was taken from the “design of Narihira’s looking Mt. Fuji in Ise Story”. 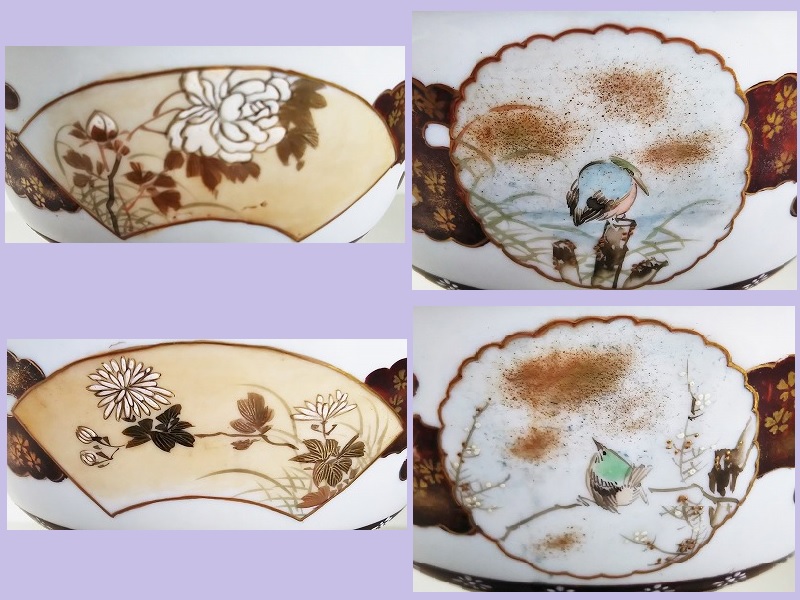 On the side, peony (of spring) and chrysanthemum (of autumn) are drawn on the two fan shapes, and heron (of summer) and plum (of winter) are drawn in the two flower shapes. This expressing of the four seasons is like Japanese-style painting. 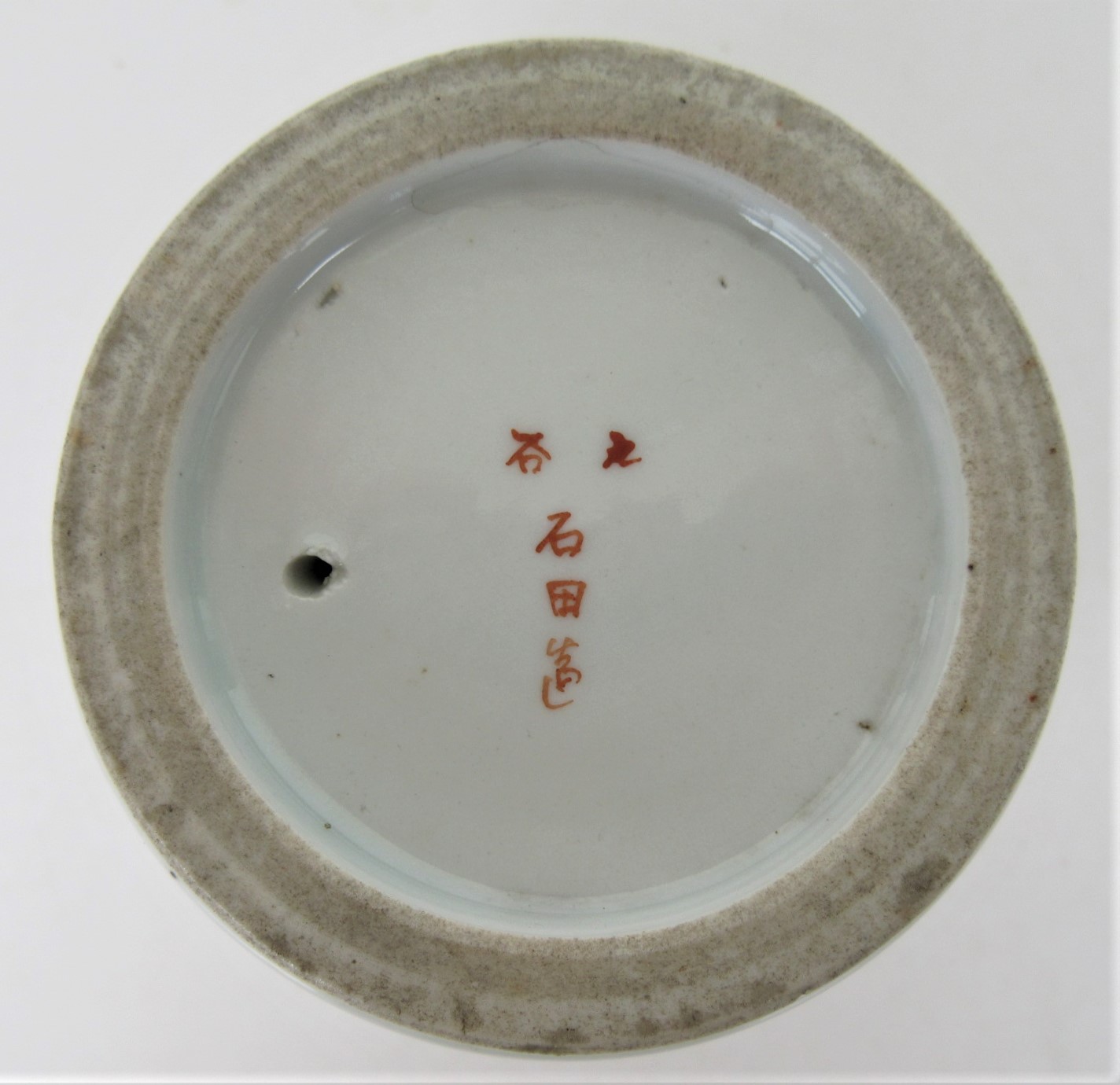 The back name is written as “九谷kutani / 造made by 石田Ishida”. Ishida was originally a Japanese-style painter, and was also involved in painting of kutani.

It is said that Ishida had an exchange with Takada Ryozan (高田嶺山),and Takada influenced in the work of Takada’s Japanese-painting style.