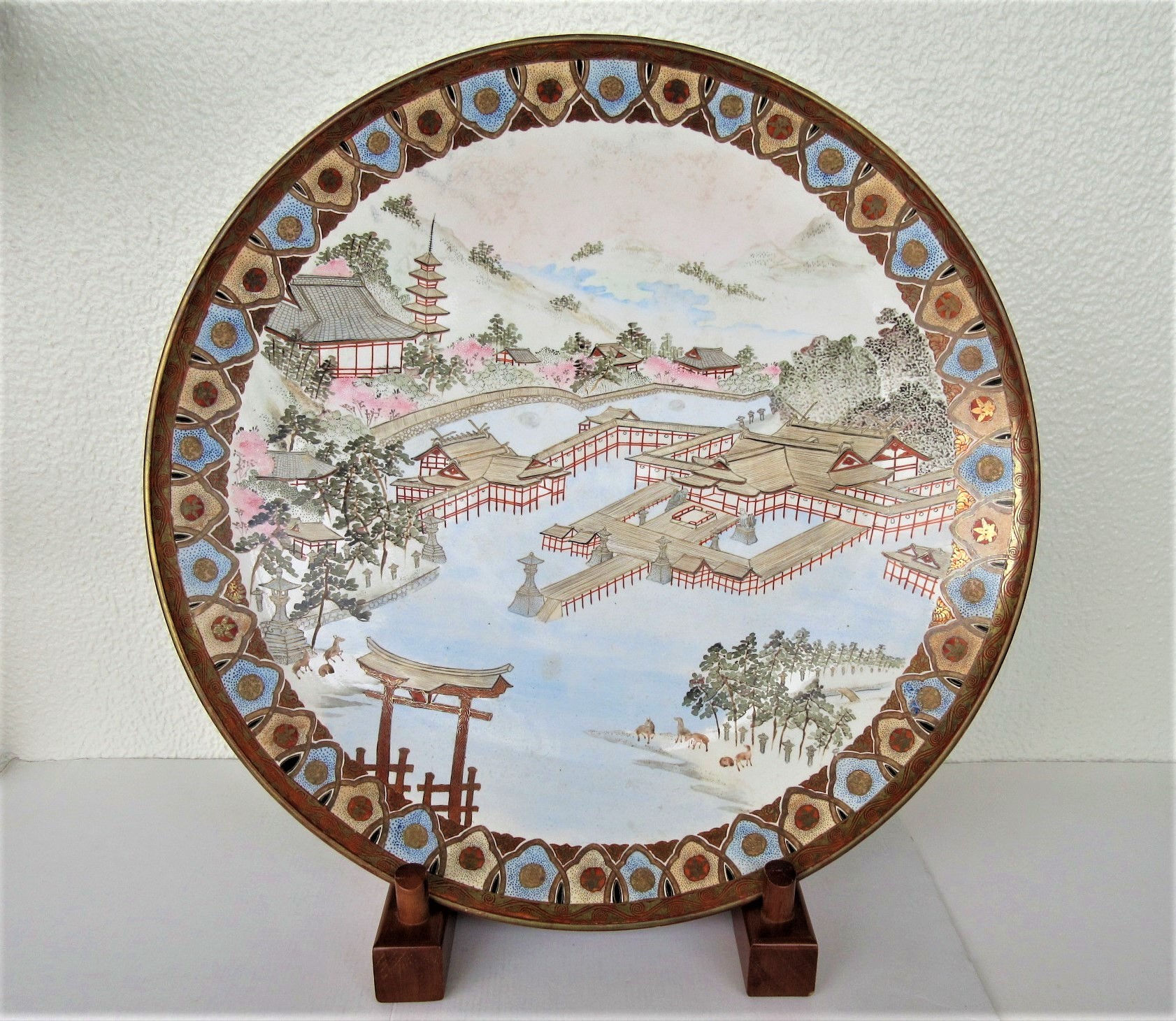 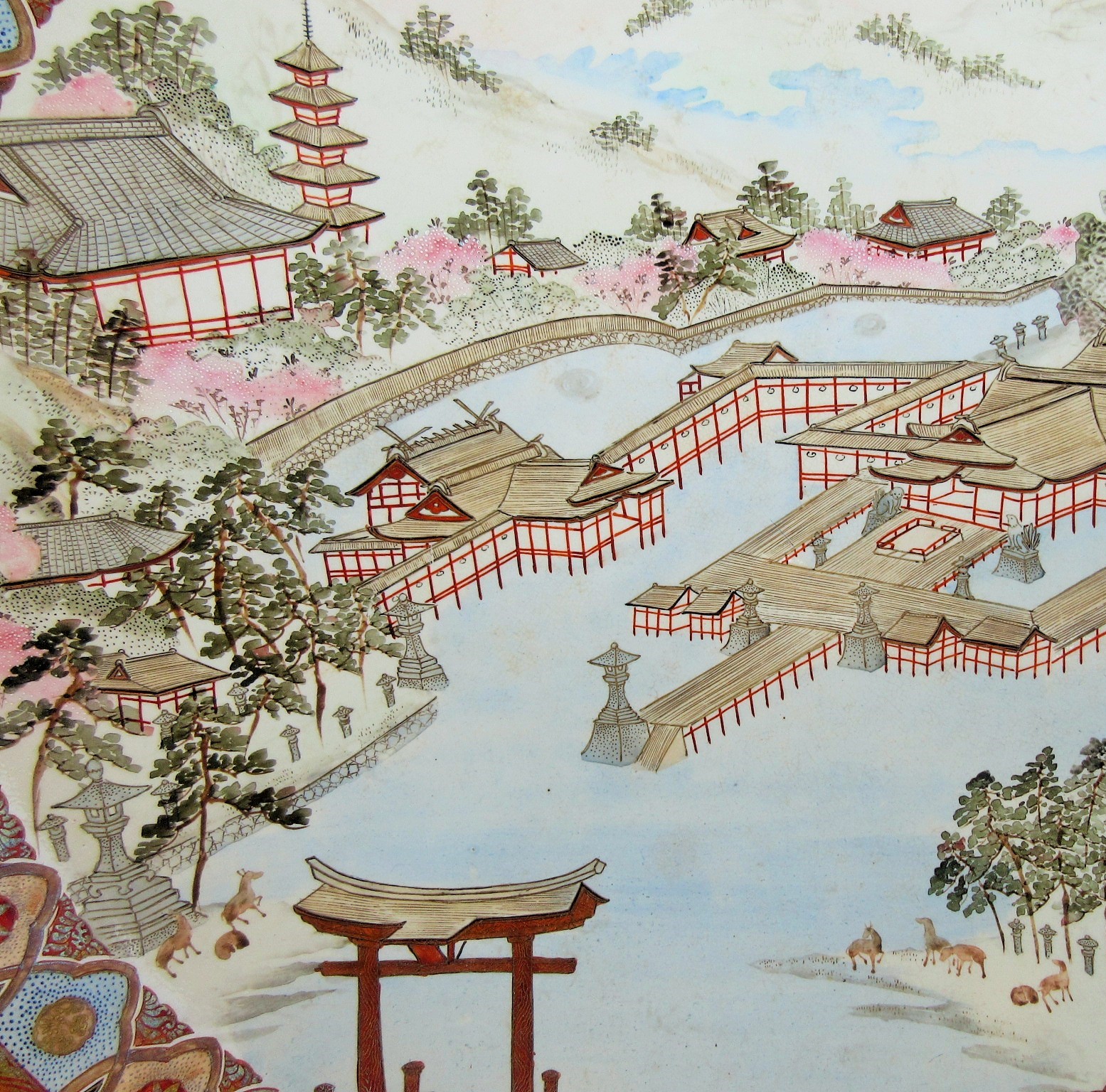 In the center, famous places and specialties of Itsukushima Shrine are clearly drawn, such as the main shrine, the large torii gate on the sea, the Mikasa Beach, Toyokuni Shrine, the five-storied pagoda, the shrine’s office, Nishi-no-Matsubara (west pine forest), the stone lantern, the flock of deer, etc. It is exactly a tourist information map.

Inspired by Kasama Chikusetsu (笠間竹雪also famous as a painter) and Ishida Ichigo (石田一郷), who had exchanges with Takada, it is probable that Takada realistically expressed the landscape rather than the utopia seen in the Chinese mountain and waters. 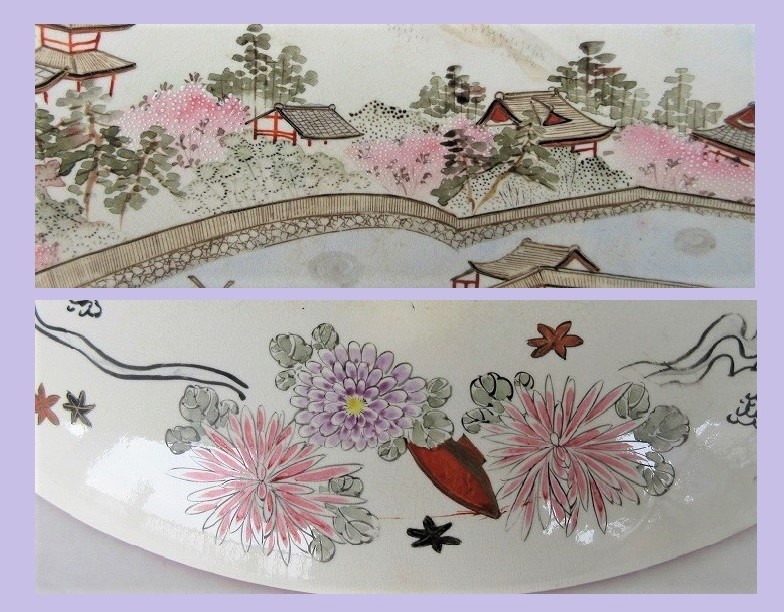 From the left side to the upper side of the center, Toyokuni Shrine and the five-storied pagoda are clearly drawn, and “Miyajima in Spring” with cherry blossoms blooming around it is drawn using the technique of fine dots. And on the back, the blooming chrysanthemum flowers and red-dyed maple leaves are drawn, and his painting seems to be also guiding “Itsukushima and Miyajima in Autumn”. 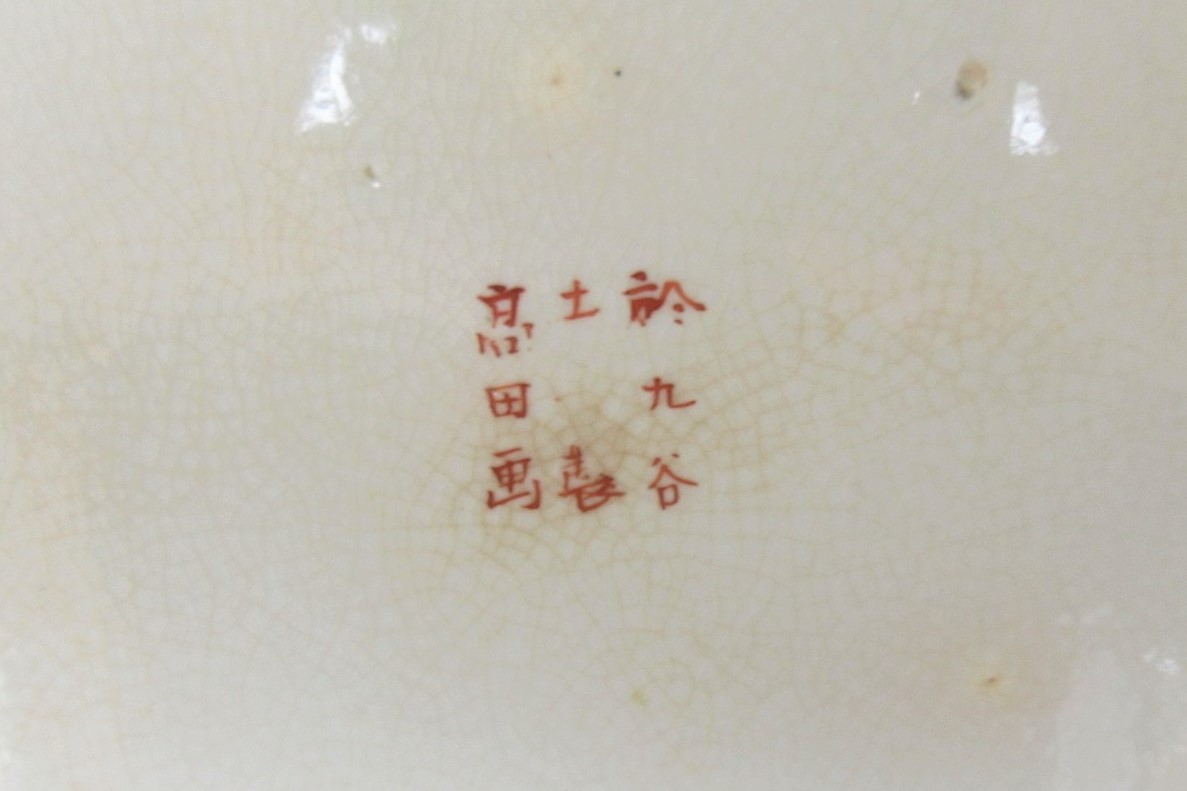 Takada Ryozan started porcelain painting while watching his father’s work at the age of 10 because his father run a painting kiln in Terai Village since 1863. After that, he studied under a painter (details unknown), and received a character from his master’ name, so, he was called as “Ryozan”.

It is said that Takada had outstanding skill in drawing contours in ink, which was one of the basic techniques of painting for kutani, and at the same time, he studied the Western paints that were actively used at that time, and then was able to master both Japanese and Western paints. It is said that his porcelain painting was similar to a landscape painting. In addition, some of his works are well based on daily life, such as drawings of stories and rice field work, and some have strongly a painting-taste.